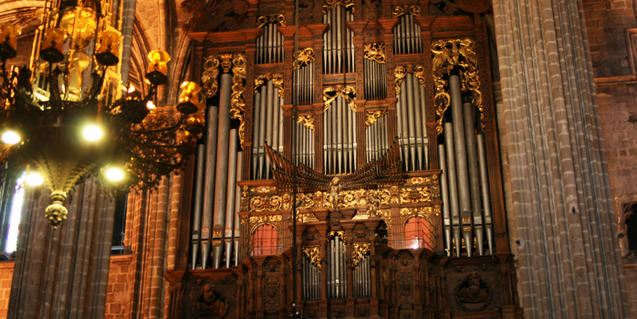 Among the remaining musicians to perform is Jean-Baptiste Robin, organist of the Royal Chapel of the Palace of Versailles.

The equator of the XXXI Cycle of Organ Concerts of the Cathedral of Barcelona has been overcome. There are four recitals left at the moment, a second and last part of the cycle that comes with some changes on the planned program: on February 24, the organist was to be Loreto Fernández Imaz, professor emeritus of the Conservatory of Donostia, but eventually Mar Vaqué, organist from Tarragona at the Emmauskirche in Stuttgart, will take her place. The concert, like all the others that remain, will start at 8 pm and admission is free, without the need to book in advance.

The artistic director of the cycle is Juan de la Rubia, who, given the current health circumstances and the difficulties that may exist when traveling, has opted for national performers. However, there are some exceptions, such as the one on March 17, with a recital by Jean-Baptiste Robin, organist of the Royal Chapel of the Palace of Versailles. The following month, specifically on April 21, will be the turn of Jonatan Carbó, organ teacher at the Conservatory of Igualada and musician who usually gives concerts combining the main instrument of the cycle with other instruments. The musical event will close on May 19 with Óscar Candendo, organ teacher at the Escola Superior de Música de Catalunya (ESMUC).

According to De la Rubia, the programming of this XXXI edition stands out for the youth of some of the performers and for the variety of the repertoire offered between the eight concerts, taking advantage of all the possibilities of the organ.