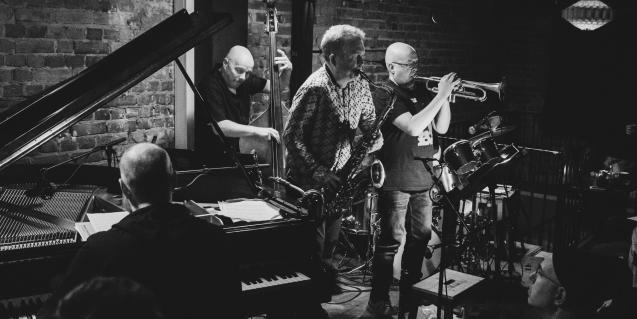 The Nordic quintet Atomic reviews 12 albums and more than 20 years of career on their EU Farewell Tour.

Although Atomic have visited Barcelona on several occasions, on 10 December they will be at the Jamboree for the first time. From the basement of the Plaza Real they will have the chance to shake the foundations of the city with their direct-action jazz. Five vikings who move between tradition and transgression on the fringes of the law are to blame.

Atomic is considered the "Free Jazz Supergroup" for two reasons. Firstly because, unlike other Scandinavian bands, Atomic draws from the American models of the 1960s free jazz movement - such as Archie Shepp, Charles Mingus, George Russell, Albert Ayler and Ornette Coleman - and from the European new improvised music scene, such as Peter Brötzmann.

And secondly because it brings together musicians of great prestige: two Swedes - trumpeter Magnus Broo and saxophonist Fredrik Ljungkvist, from the bands Fire House and Fredrik Norén Band - and three Norwegians - pianist Håvard Wiik, bassist Ingebrigt Håker Flaten and drummer Hans Hulbækmo. Wiik and Håker Flaten, along with Paal Nilssen-Love, were classmates at the Oslo conservatory and founders of the band Element, inspired by the music of John Coltrane.

In September 2021 they played in Norway "the first concert of the final tour", entitled EU Farewell Tour. At that time, the band announced that "it was time for a change", but before closing this stage, they invited everyone to celebrate 20 years since the release of their first album.

In Barcelona, Atomic will play two shows, at 7pm and 8.30pm. Advance tickets for the concert cost 22 euros and can be purchased by clicking here. You can also watch the 20:30 session in streaming for 5 euros at the same link.