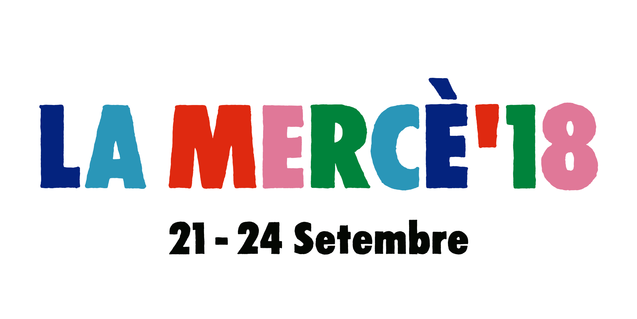 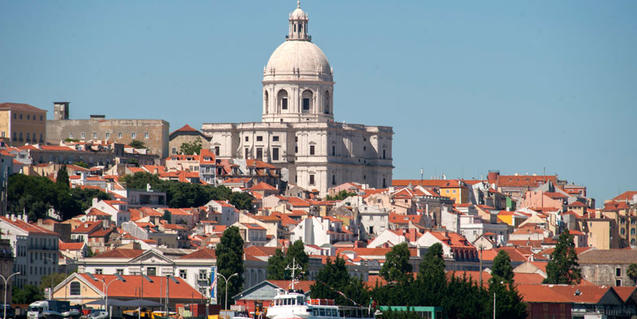 La Mercè presents this year's poster and proclaimer, and reveals the programme by guest city Lisbon.

The poster for the La Mercè 2018 festival, designed by illustrator and sketch artist Sònia Pulido, was revealed today. Also announced was the name of this year's proclaimer, film actress and director Leticia Dolera, and the arts programme for Lisbon, this year’s guest city, was also revealed.

Barcelona’s Festa Major begins on Friday 21 September, with the proclamation as the starting pistol, and will continue until Monday 24 September. Leticia Dolera, film actress and director, will be giving the proclamation in the Saló de Cent at Barcelona City Hall.

Barcelona illustrator and sketch artists Sònia Pulido has created this year’s poster for La Mercè. Pulido is a graduate in Fine Arts and has worked for such media as Rockdelux, El País, The New Yorker, The New York Times and The Wall Street Journal. She has also published illustrated books, including Caza de conejos and Duelo de caracoles.

Lisbon will fill the city with a talent that is expressed in the world of music, but that also embraces audiovisual creations, tradition, theatre, dance, puppets and pyrotechnics.

In keeping with this, Parc de la Ciutadella -Mercè Street Arts (MAC Festival)- will be hosting O'Que Strada: La increïble Tasca Mòbil, a quite peculiar space where there will be good music, cabaret-style performances, interaction with the presenters and much, much more. At La Ciutadella, audiences will be able to see physical theatre, aerial acrobatics, video screenings and the music of Teatro do Mar with the show InSomnio. Teatro Dom Roberto will be bringing three puppet shows to Barcelona that will put us in direct contact with one of the most captivating forms of traditional Portuguese folk art. The park will also be hosting Avelino Chantre, an artist born in Cape Verde who is quite a specialist in both African dance and contemporary dance. As part of the MAC Festival, although at Parc de la Trinitat, Lisbon will be present with the urban dances of Momentum Crew: M.O.M.E.N.T.U.M.

At Platja del Bogatell beach, as part of the XXI International Fireworks Festival, the guest city will be represented by the Pirotecnic Luso group, which has produced shows seen at the New Year’s Eve festival in Lisbon as well as at major events in France, Belgium and Taiwan.

The traditions of Lisbon will also have a home at La Mercè 2018 with the participation of the Grupo Etnográfico Danças e Cantares do Minho as part of the International Folk Festival. There will also be a throne dedicated to Sant Antoni at the Palau de la Virreina, a tradition started in the eighteenth century in Lisbon after the earthquake of 1755 and which has led to a whole series of competitions and shows where the residents of the different neighbourhoods in Lisbon work together to build the most beautiful throne in the city.

Lisbon at BAM and Mercè Música

BAM and Mercè Música will be held at many venues throughout Barcelona from 21 to 24 September. The six music performances from Lisbon appearing at BAM are Surma, Bruno Pernadas, Capicua, Pongo, Real Combo Lisbonense and Throes + The Shine. Mercè Music proposes an evening of fados, with two outstanding performers: Cuca Roseta and Camané.

You can find out more information about Barcelona’s Festa Major at the La Mercè website.