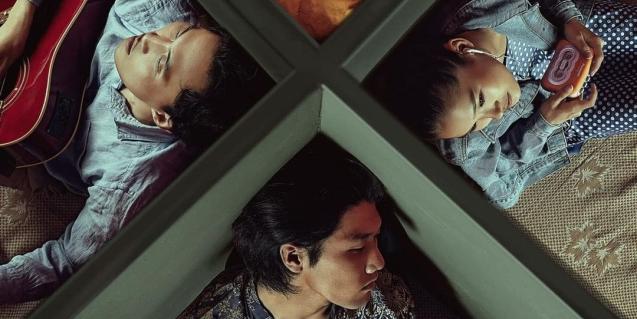 The debut film by the filmmaker from Mongolia will be screened in the cycle The New Asian Cinema, organised by Casa Àsia.

The Only Reason is the title of the feature film that will be screened on Saturday 28th January at 8 pm at the Girona Cinemas and is part of the cycle The New Asian Cinema, promoted by Casa Àsia. It is the first feature film by the Mongolian filmmaker Batzaya Gandush, with a plot influenced by the director's experiences in recent years: in 2019 he was diagnosed with leukaemia, underwent a bone marrow transplant and had to undergo chemotherapy sessions for a whole year. Once he had overcome the disease, colleagues encouraged him to write the script for what would end up being his debut feature film.

The story stars four very different people, but who have in common the fact that they are lost souls. The encounter between the four of them will lead them to transmit each other the hope of continuing to live. Throughout the hour and a half of footage, the landscapes of Mongolia have a great relevance, outdoor spaces that are a mirror of the mood of the people who live there. In the words of Casa Àsia, this film has been chosen for the cycle because, in recent years, "Mongolia has seen the development of an intimate cinema in contrast with an environment that never ceases to surprise". The Only Reason premiered last 2022.

The New Asian Cinema series will run until 25 March 2023, and all screenings will take place at the Girona Cinemas. Some of the titles that will be screened in the coming weeks include Alborada, by Asoka Handagama (Sri Lanka), Kabul Girls, by Masooma Ibrahimi and Masood Eslami (Afganistán), or Poet, by Darezhan Omirbayev (Kazajstán).

More information and tickets in this link.