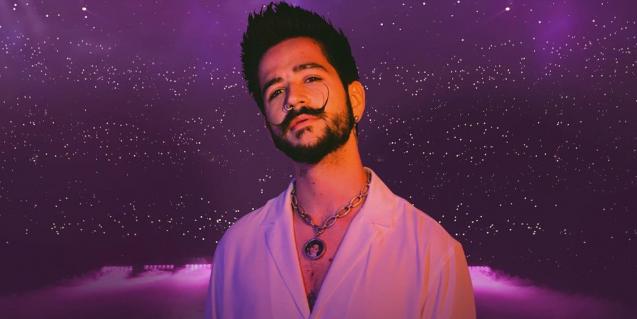 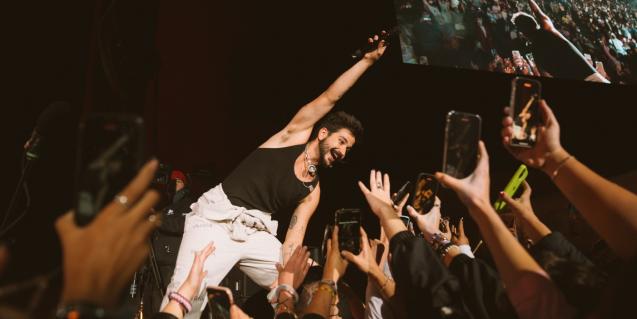 The five-time Latin Grammy Award winner will revisit the hits from Mis manos and give a taster of the songs that will make up De adentro pa' fuera.

On 26 June, the Colombian singer Camilo Echeverry Correa, better known as Camilo, will fill the Palau Sant Jordi as part of his tour De adentro pa' fuera. It will be a preview of the album by the same name, which will be released in September.

It won't be the first or last time for Camilo in the Catalan capital. In 2019 he attended the premiere of Cirque du Soleil's MESSI10 show at the Parc del Fòrum and last year he brought the Mis manos tour to the city.

The Colombian musician and producer has become one of the brightest stars on the music scene today. The artist launched his career when he was still a teenager, after winning the Colombian edition of the talent show X Factor in 2007.

In 2019, he swept the board with Tutu, a single — proclaimed best pop song of the year — that even seduced Shakira. His compatriot said she couldn't get the song out of her head, so much so that they performed a duet. Other famous couples with whom he has shared the stage and recording studio are Mau & Ricky (Desconocidos, La boca y Amén), Matisse (Primer avión), Reik and Farruco (Si me llamas que sí) and Pablo Alborán (El mismo aire). Last January, he released Buenos días with Wisin and more released, NASA with Alejandro Sanz. But it is with his wife, the actress and singer Evaluna Montaner (Por primera vez, Machu Picchu and Índigo), with whom he has had the greatest complicity.

In 2020 he released his first studio album, Por primera vez, and in 2021, his second, Mis manos, for which he had the participation of Mau & Ricky, the Dominican rapper El Alfa, the Canadian singer Shawn Mendes and the Puerto Rican Juan Carlos Ozuna, among others. The album includes worldwide hits such as Vida de rico (four times platinum in Spain), Bebé and Ropa cara (double album and platinum, respectively).

Tickets to see Camilo live cost between 71,50 and 99 euros and can be bought in advance at this link. At the beginning of June, the singer tested positive for coronavirus and had to cancel the concert he was due to give in Mexico City. For this reason, the use of the mask is recommended in Barcelona.