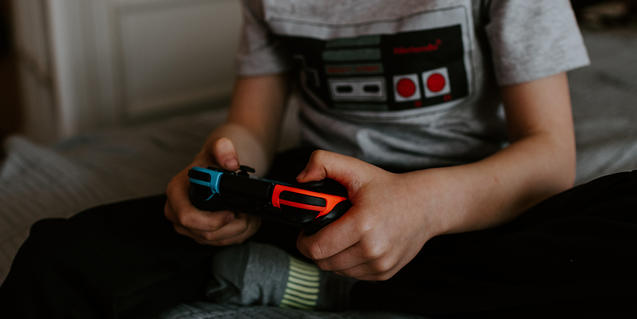 The CCCB website features debates, talks, articles and other content in the framework of the Gameplay exhibition.

In December last year, the CCCB inaugurated the exhibition Gameplay, which reviews the technical, economic and cultural evolution of video games from their origin to the present day. Based on the exhibition, the centre organized several debate sessions about the impact of video games on society. Now, due to the situation derived from covid-19, Gameplay remains closed to the public, but the talks and parallel debates, as well as other content, can be enjoyed from the centre's website.

As with the Internet or mobile phones, there is a generation for which it is difficult to conceive a society without video games. Since it entered the market half a century ago, what began to be marketed as an alternative to the leisure and entertainment of the late 70s and early 80s has been influencing the art, literature, film, music, simulations, education, science, technology, language… it even shaped the way we understand reality now. But it also happened vice versa. The exchange of information has been two-way and video games have also been nourished by all areas of culture and knowledge.

The contents shared by the CCCB reflect some sides of this multi-faceted relationship of video games with culture and society. For example, the scriptwriter and author Cassandra Khaw talks about the challenges of making video games openly accepted as part of our culture; the writers Alessandro Baricco and Jorge Carrión discuss from their places of confinement about the contact points of this format with the exceptional health situation that we are experiencing; the neuroscientist Diego Redolar Ripoll analyses the effects of video games on the human brain; and the exhibition curator Óliver Pérez Latorre explores the dilemmas that video games pose today.

The CCCB brings together these and other contents on the relevance of video games in the contemporary world. You can find them all on this website.