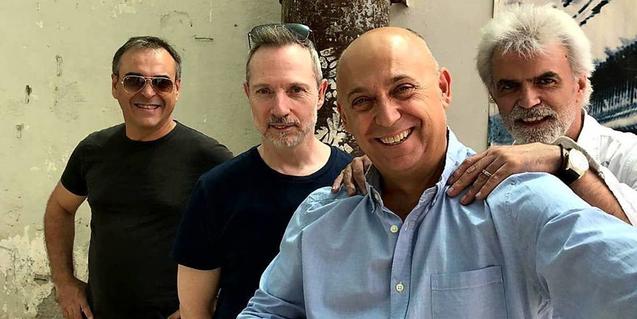 Workshops and concerts all day through on Sunday 3 December.

Ai Ai Ai, Peret Reyes, Derrumband, Morostio, La República Rumbera, Alma de Boquerón, Embolingats, Carlos Miñarro, Son de la Rambla and Candeli are set to play hour after hour of live music for the 9th edition of Rumba Day, which will take place on Sunday 3 December at Fabrica Fabra i Coats. The concerts will take place from 4 o’clock in the afternoon till 10 at night, but in the morning, workshops will be held in the same place, first a dance workshop led by Marta Alluè, and then one for singing, guitar and percussion led by the Micu Trio. Both workshops will end with a Lipdub at 1pm. All the activities, including the concerts, are free, and Fabra i Coats will also be hosting a flea market and exhibitions.

Rumba Day is one of the most important and eagerly awaited events for fans of the genre. The initiative, which calls in at a number of Catalan and Spanish cities every years, aims to prmote the image of Catalan rumba, a popular music genre that was declared Cultural Heritage of Catalonia in 2015 and aims to achieve UNESCO Intangible Cultural Heritage status. It’s a musical genre that developed throughout the 20th century in Catalan gypsy communities, and that saw spectacular commercial and popular success from the mid 20th century on with artists such as Peret, El Pescadilla, Chacho, and later Los Amaya , Ruma Tres, Chango, Gato Pérez, Gypsy Kings and Los Manolos.

Additional information is available at the following link.