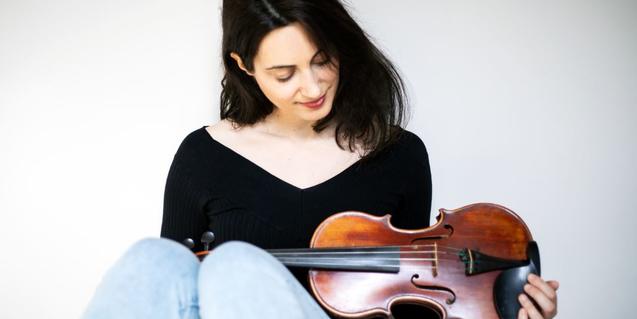 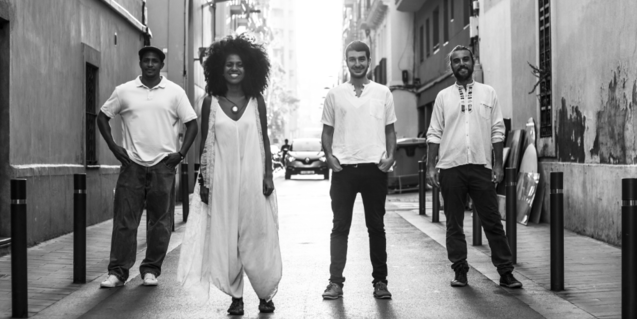 The Àgora Musical project, promoted by the City Council to dynamize the Rambles, is adding new collaborators.

Àgora Musical doesn't stop. The initiative, which has its epicentre at the Plaça Reial, is still adding new artists and social entities to the program. The event is organized by the Institut de Cultura de Barcelona (ICUB) in collaboration with the Associació d'Amics i Comerciants de la Plaça Reial, a range of other institutions, and Ciutat Vella's music schools.

On Thursday, July 22, the singer-songwriter Silvia Comes will perform her latest tribute to Silvio Rodríguez (Cita amb els àngels, next to Joan Isaac). In addition, she will sing, once again, Jo d'aquí no em moc, with the senior citizens that already participated in the musical Pati de Veïnes by the Casal de la Gent Gran Pati Llimona last June 21. The recital has the support of the Pla de Barris Gòtic Sud and the Fundació Setba. Attendance is free, but you will have to register either at the square, starting at 6 pm, or through this link.

On Friday, July 23, the band Daphne Quartet will perform. Inspired by the Parisian jazz scene of the 1930s and 1940s, it became popular thanks to violinist Stéphane Grappelli and guitarist Django Reinhardt. Under the leadership of violinist and singer Marta Sierra, the quartet will play the most famous American jazz standards in France at the time, as well as some well-known French songs. Tickets are free but require previous registration, which can be done through this link.

On Saturday, July 24, La Reial ens Mou will introduce Ganzà, an Afro-Brazilian music band from Barcelona that gets its name from the rattle used as a percussion instrument, most commonly in samba. Ganzà, as the result of the fusion of different rhythms of Brazilian popular culture with some touches of jazz and soul, has created its own style and offers a wide repertoire of songs as well as some covers of popular Brazilian classics in different styles: samba, choro, bossa nova, baião, forró, ijexá, and so on. Access is free, but seats are limited, so prior registration through this link is required.

On Saturday, July 30, Sant Pere Apòstol Centre is offering a concert by its choir, A Little Note, under the direction of Juan Bertrand. A modern music choir, created in 2010, its repertoire includes genres such as pop, rock, funk, bossa nova or musical, with a clear playful vocation. The performance is free of charge, and seating is limited on a first-come-first-served basis, which is all the more reason to join in early.