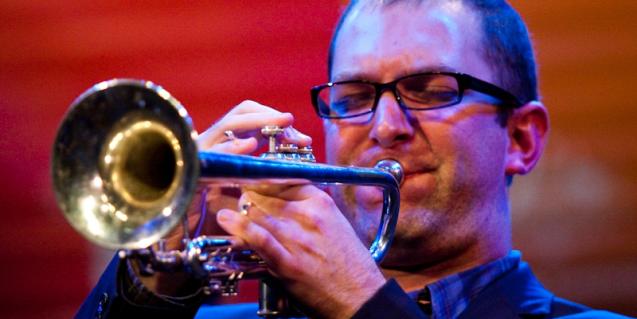 The Verdi cinemas are planning a concert by the group led by the Perth trumpeter.

On 14 December, one of the halls of the Verdi cinemas will become a venue for the best jazz. Over the course of two hours, a concert recently given by the Mat Jodrell Quartet at The JazzLab in Melbourne, Australia, will be shown in its entirety. The screening is part of the Verdi Jazz Club series, which will continue at the end of December and in January with two concerts recorded at Body&Soul in Tokyo.

Mat Jodrell was born in Perth, Australia, and began playing the trumpet at the age of 10. At 16, he became the first student from his country to perform at Carnegie Hall in New York, and in 2004 he recorded his first album, Blues in the Night, with Joe Chindamo and James Morrison. A year earlier he had been commissioned by the Perth Jazz Society to compose a 40-minute piece with Australian jazz legend Allan Browne. For eight years he lived in New York, where he continued to train, perform and teach at the prestigious Julliard School of Music. In the United States, he was part of many ensembles, recorded several albums and performed with artists such as Benny Golson, Ron Carter, Herbie Hancock, Branford Marsalis, Buster Williams, Hubert Laws, Maria Schneider Orchestra, the Mingus Big Band, James Spaulding or Carl Allen. On his return to his country, he shook up the Australian jazz scene and continued with his concerts in different formats, such as those he performs with the Mat Jodrell Quartet, a line-up in which he is accompanied by Barney McAll on piano, Sam Anning on bass and Felix Bloxsom on drums.

Tickets for the pass can be purchased in advance. More information can be found at this link.