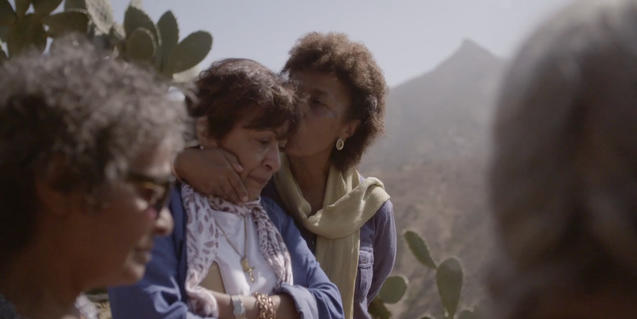 The 4th edition of Festival Wallay! is celebrating its online version this October.

From October 8 to 17, Wallay! African Film Festival will open its virtual rooms following the in-person sessions that were held during the summer. On Filmin, you will be able to watch a selection of the best movies featured in the festival since the first edition, as well as the films that were featured this year. From the 2021 Official Section, you'll be able to watch Finding Sally, a documentary by Tamara Dawit, in which she investigates the disappearance of her aunt Sally, an aristocrat-turned-rebel who vanished after the revolution triggered by the fall of Emperor Haile Selassie I of Ethiopia; La noche de los reyes by Philippe Lacôte, in which, in a small prison off the Ivory Coast, a small-scale delinquent becomes the prison's storyteller under the orders of one of the most respected prisoners; and Softie, Sam Soko's documentary about one of the stages in the life of the political activist Boniface "Softie" Mwangi, who ran in Kenya's regional election against many corrupt parties.

From past editions, you will find Rafiki by Wanuri Kahiu, which denounces the dangerous situation for the LGTBIQI+ on the streets of Nairobi; El tren de sal y azúcar, a western that takes place during the second civil war in Mozambique, where citizens risk their lives smuggling salt and sugar to survive; Supa Modo, by Likarion Wainaina, a drama where the inhabitants from a village get together to make a little girl's dream, to become a superhero, come true; and La pequeña vendedora del sol, by Djibril Diop Mambéty, a 1999 movie about a disabled girl who has to survive on the streets of Dakar.

The movies on Filmin have a minimum cost of 3,95 euros. However, through this link, you can participate in the festival by donating 10 euros, which will give you access to all the movies on the platform.