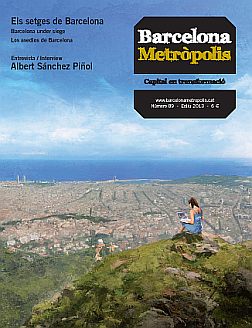 “I was born by the sea. My life and my art were born of the sea. My name is Carmen Amaya y Amaya. I am Amaya twice over, as both my father and mother were called Amaya. All the Amayas in the world are my cousins.” 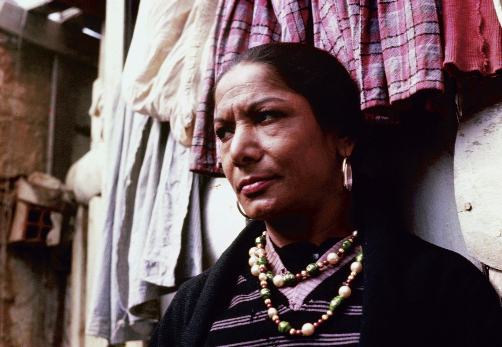 I don’t think it could be said that the people of Barcelona do not know who Carmen Amaya was, or for example that we do not know that she was born in Somorrostro, a shanty town that existed in Barcelona, by the seaside, until the mid-20th century. Although if someone did say that, they might not be that far wrong either. The relationship between Barcelona and this great legend of flamenco is surprising. In part, this is because there has been an almost conscious attempt to ignore her, although those who do remember her speak of her with a healthy dose of ad­miration and devotion. It is obvious that Barcelona’s “official legends” are different: Gaudí, Ildefons Cerdà, Miró, Joan Gamper et al. Carmen Amaya belongs to a different realm… “Ay Carmen, Carmen, Carmen Amaya!” goes one of the many folk songs dedicated to the great flamenco dancer, with a tone which intermingles reverence and sadness. Why have the citizens of Barcelona – the Catalans – been so miserly with the memory of this woman, an undisputed and universal reference of our culture?

Leaving aside other, more or less correct and lament­able answers, the fact is that the centenary of her birth is a great opportunity to recover such a colossal genius. Who was Carmen Amaya? Or perhaps the question should be: who is Carmen Amaya, that woman whose presence is still felt constantly by all those who love flamenco, gypsies and non-gypsies, and vice versa?

Officially born in 1913, in Barcelona, it is said that the night of her birth there was a raging storm at sea and the waves crashed against the doors of the shack she called home. The truth might be otherwise, but what is certain is that we can scarcely imagine a more premonitory beginning for someone whose legend was built upon incomparable temperament and strength. “The sea taught me to dance,” she said on more than one occasion. She was not yet six years old when her father, out of pure necessity, began to take her to the flamenco areas of Barcelona, in La Rambla and Paral·lel, peppered with singing taverns and cafés. Her father played the guitar and the girl sang and danced into the wee small hours, and then they returned home, tired, but glad to be able to bring the family a bite to eat. 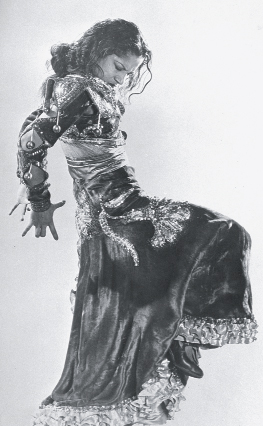 A legend was already in the making. Who is this prodigy? people wondered, on seeing her move like a will-o’-the-wisp. At first sight she might have looked like that typical girl with a special charm, but it was also equally evident that there was something much deeper in the way she moved.

“The Captain” – as she had been dubbed in the city’s flamenco circles – was on everyone’s lips, although her name was not to appear in print until the 1929 International Exposition. In the words of the critic Sebastià Gasch, who wrote for the Mirador weekly: “Picture a 14-year-old gypsy girl sitting on the chair, on the tablao [flamenco stage]. Carmencita: impassive, haughty and noble. And then comes the jump: the gypsy dances. Indescribable. Soul, pure soul…”

Barcelona soon became too small for her. Her name had already crossed borders, and in 1935 she made her début in the Coliseum Theatre in Madrid. This constituted her enthronement in Spain, although paradoxically it also heralded the end of her career there. The Civil War broke out in 1936 and she had to take her family and flee the country. They headed for Portugal, and from there to Argentina on a two-week sea voyage they would remember for the rest of their lives as an utter nightmare. The rest is history, or rather legend. She took Buenos Aires by storm and went on to conquer Latin America and the United States, culminating in a front cover on Life magazine and a private performance for President Roosevelt in the White House.

She returned to Spain with full honours in 1947, enshrouded in a saint-like halo. It seemed incredible that this slip of a woman, shy and almost fearful-looking, could have notched up such success and admiration. However, once she started dancing, pure astonishment ensued. The figure of Carmen Amaya must have been a godsend for Franco’s regime; she was a brilliant ambassador! Yet in truth, the art of that woman, a free spirit and a revolutionary, enormously humane, had little to do with Franco’s repressive, narrow-minded and provincial regime. Madrid, Barcelona, Seville, all the country’s main cities yearned for her, and while perhaps not everyone understood the way she danced, her success resounded everywhere, like the sound of her on-stage twisting and stamping. Then came Paris, followed by London, and back to America and Europe, and to London once again, where she danced for Queen Elizabeth. The following day, the front cover of The Times could hardly have been more emphatic: “Two Queens Face to Face.”

In the midst of such a hectic spate of contracts and performances, it seemed impossible that Carmen Amaya could ever find the time to stop and take stock, look back on what she had achieved. However, deep down she harboured a wish, which one day came true: to return to her birthplace, Somorrostro, that cluster of huts by the sea where she had been happy as a child. She returned twice. The first time was in 1951, when she was immediately surrounded by a throng of gypsies who all wanted to touch her to see if it really was her. The second occasion, more official, was in 1959, when she opened a fountain in her name at the site where she used to fetch water as a child, and where she emotionally restated her love of the city and the neighbourhood. In the evening she gave a memorable recital in the Palau de la Música, and since many gypsies could not afford the price of a ticket, it is said that at the end of the performance “the Captain” headed to Somorrostro to dance with her own people. No matter how far you roam, you always return home. More than twenty years had gone by since she had left, but that night, if only fleetingly, she was Carmencita once again, the barefoot little gypsy girl with a hankering for dancing and for life, who once followed her father from tavern to tavern. 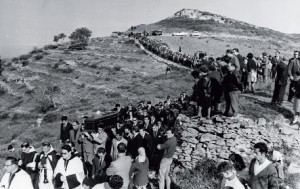 Undoubtedly a mirage. The neighbourhood was not quite the neighbourhood where she had come into the world, and neither was she strong enough to dance. For many years she had been afflicted by a kidney disease which prevented her from eliminating the toxins accumulated by her body. She could only do so by dancing, but in reality it was a race against time that she was destined to lose. With scant strength left in her, she managed to tour for a further two to three years until she was asked to film Los Tarantos, the legendary movie by Rovira-Beleta, which recreated Somorrostro in a gypsy version of Romeo and Juliet. It was the last thing she did. She was no longer strong enough to dance. “I will die if I have to give up dancing,” she had once said to her treating physicians. And she did.

Carmen Amaya. No one had danced like her before her, and nobody would after her. An incomparable genius. Even so, the question remains: what is left of the memory of that incomparable woman in our city? Or in other words: has Barcelona been fair to the memory of the great Carmen? This year is the centenary of her birth, and she will undoubtedly be given the relevant testimonials. But the nagging question remains: will the people of Barcelona ever know who Carmen Amaya is?

One thought on “Carmen Amaya, daughter of Somorrostro”