Even if I’m confusing the passage of time with the space in a city, I was born here, in this city which at times we don’t recognise beneath the new city. 1970. In Doctor Ripoll’s private clinic, a pink building with white wooden doors in the Sant Gervasi neighbourhood. On the slopes of Tibidabo. A few years ago it was squatted in by a group of young people who went home to shower and have dinner, but went back at night to sleep there. On the corner of Carrer Madrazo and Carrer Alfons XII, a street I’ve always found discreet.

The pink clinic, which was a run-down Modernista house and in the course of time was turned into an old people’s home, then an empty space and a few years ago was finally taken over by squatters, was news in the local papers. And the eviction it was said was with a view to its destruction. This meant that in the final years I visited the place with some frequency. With some sadness. But although it was cleared, it’s never been knocked down and it’s almost unchanged. A bit dirtier, with doors and windows blocked with cement, but surrounded by stubborn trees that won’t stop growing, despite toxic moves to build up even the smallest urban spaces that are still unoccupied, as though we wanted to live in a world that was filled to the brim. Sometimes it seems we need to fill the bit there is between the world and each one of us with useless houses and things.

And although I haven’t been able to go inside, I’ve still got the memories. Because when I was three my little sister was born in the same clinic and I remember seeing from the room where she was with my mother my room with the green beds on the other side of the interior courtyard of houses. What’s more, I’ve got the photographs I took of it months before the squatters arrived and they make up a mental map of places I’ve been to for ever. The way in is by the first photograph: a door, the first one I crossed in my mother’s arms on my way out. Because I was born here. In Barcelona. In 1970. When my family lived in Carrer Dènia, on the corner with Carrer Oliana. On the third floor of a building that had a huge terrace on one side and on the other an inner courtyard from which you could see the back windows of Doctor Ripoll’s clinic. So when I was born I only had to go halfway round the corner to get home. Then I lived for some years in a room with green beds from which I could for ever more see the window of the room where I was born and remember the pink walls, the white frames. Not that I remember anything about my birth, but of my sister’s. And I always like to think she and I were born in the same room.

The day I was born my father’s family weren’t there. They’d gone to Paris to celebrate my uncle’s wedding. So in spite of all my memories, my father was the first person to write anything about my life: to let them know that everything had gone all right. Before doing so, though, he sent a bunch of flowers to my mother with a card in an envelope addressed to: ‘Sra. Bosch. Room No. 6. Clínica Dr Ripoll’.

The card reads, ‘We are very pleased to have another girl in the house’, before, when women were called girls as though it were a way of being nice, which in all probability is what he meant to do. It was signed by my father and my elder brother. And after sending the flowers, my father sent a telegram to Paris to let his family know ‘Lola born happily’. Although to do so he didn’t write it in his own handwriting. Because telegrams, like telex messages, were sent and received in neutral handwriting. Although in this almost alien way of writing my father’s family was able to hear that my name was Lolita, that I was all right and that I had been born here. In this city that still surrounds us today, although we hardly recognise it under the new city. 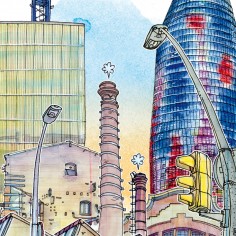 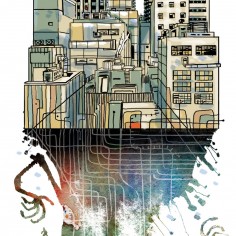 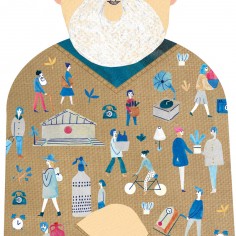 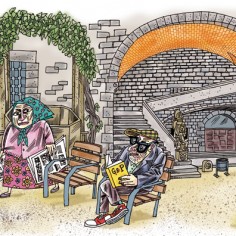 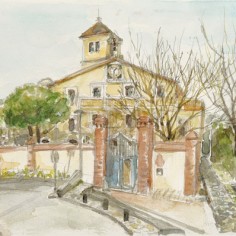 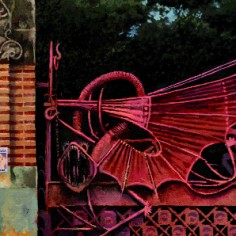 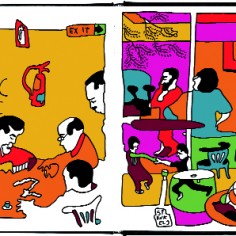 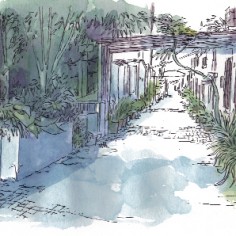