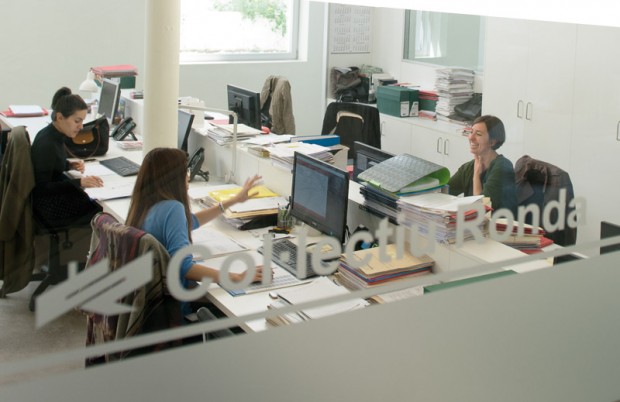 Turning his thoughts to innocence, guilt and the lawyer’s practice, Fyodor Dostoevsky once said that ‘a lawyer is a hired conscience’.1 At the Col·lectiu Ronda, though, the profession is practised with fewer contradictions. The business goes back a long way and is unparalleled in Europe: a self-managed worker cooperative of some size based solely on the defence of the working classes. ‘Of course, we can’t make a clear-cut distinction between goodies and baddies. We don’t idealise working people. But we want them to have access to proper legal services. Although we’re an independent business from the point of view of politics and trade unions, we have a clear class dependence. It’s about supporting the underdog in legal relations. If we ever engaged in defending businesses, what filter would we apply?’ asks Carme Herranz, chairwoman of the board of governors. 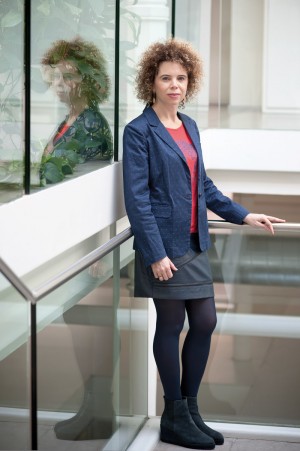 Carme Herranz, chairwoman of the board of governors of the Col·lectiu Ronda.
Photo: Albert Armengol

The cooperative has been on the front line for 45 years, ever since the last years of the Franco era, when Angelina Hurios, Josep Maria Gasch, Pep Manté, Francesc Gallissà, Joan Lluís Jornet, Jordi Pujol Moix and David Santacana wanted to show that under a dictatorship the best attack can be a good defence. Supporting defenceless workers was a way of undermining the regime with little victories. The agitated days of the beginnings, under the leadership of labour law pioneers like Antoni Cuenca and Francesc Casares, are clearly depicted in two recent books: El Col·lectiu Ronda, coordinated by Jordi Pujol Moix, and Sis homenots i una dama, by Ponç Feliu Llansa.2

But with the arrival of democracy, the team, heavily influenced by grass-roots Christianity and the anti-authoritarian left, immediately realised that the much-vaunted Transition would not mean a break as regards power relations in business. ‘We opposed the 1978 Constitution. We though it fell a long way short. A capitalist society was established that wanted to be the same as in Europe but that had a lot of shortcomings and any road to socialism was cut off’, says one of the founders, Jordi Pujol, who still works four mornings a week in the office. Scribbling with a pencil on a blank piece of paper, he says he doesn’t think they wanted ‘to change the world’. 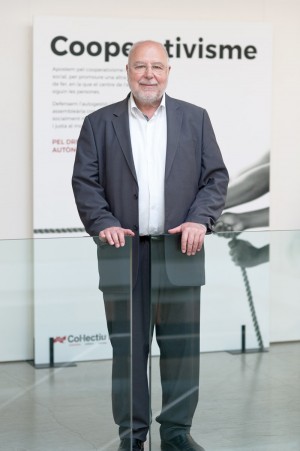 What they have changed, a lot, is the life of a handful of people with much talked-about court crusades, like the ones the cooperative fought on behalf of people affected by bank abuses like the preference shares or the Bankia case, by occupational illnesses normally kept under cover, like asbestosis or electromagnetic hypersensitivity, or by employment statuses not recognised by businesses in the new digital economy, like those the Deliveroo riders have reported, or by gender discrimination, or by closures of factories that could resurface if they were run by the workforce itself, like Mol-Matric.

In spite of this diversification, the Col·lectiu Ronda is often identified with its roots in employment law. Albert Vallribera, a lawyer, is just forty and has just recently joined this group that gives the cooperative its brand name as a full partner, having worked there since 2013. ‘I was sick of the profession, I’d worked for other, pretty aggressive firms, until I couldn’t take any more and I went freelance. One day someone told me they needed people here for the labour department. It’s changed my life. The knowledge, the collaboration, the organisation…, but it’s also a question of coherence’, he explains. 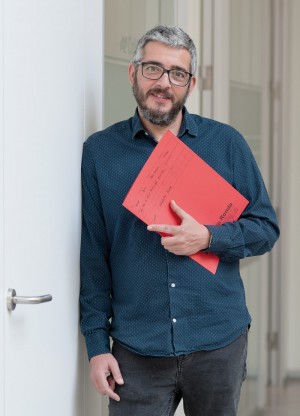 Regression in every field

The unique nature of the Col·lectiu Ronda has made it a watchtower from which to observe the increasing precariousness of large sectors of society and the downturn in matters of rights and freedom. Vallribera agrees that work for lawyers has got more difficult, more wearying and more complicated with the latest employment reforms, especially after the one by the People’s Party in 2012. ‘More and more we find working people with less seniority, less severance pay, less wage guarantees in case of bankruptcy… the decline has been very severe’, he says. This conflict is concealed rather than explicit, a result of widespread externalisation processes, the advent of digital platforms… They are signs that the paradigm of the traditional large company with stable, protected work is falling apart. Court battles take on a different outlook from those that marked the idiosyncrasy of the cooperative when it began life, like the stevedores’ conflicts in Barcelona port or the one at the Roca factory in Gavà. This change has a remarkable consequence: ‘Here we see very precarious lives, more than 20 years ago, and sometimes the precariousness is accepted. People often get the feeling it’s not worth fighting any more, they’ve been divided and conquered’, Herranz laments.

One line of action, when local legislation doesn’t help, is to appeal to the European courts in search of new interpretations, check to see if basic rights have been violated or if European directives have been met.

The increase in work is not just the result of precariousness. ‘Recently there’s a lot of work for reasons that would never have needed a lawyer in the past’, Pujol explains. He is referring to a political context in which yellow T-shirts are banned at a football match and there are cases like Cassandra Vera’s tweets, the puppet show or the rapper Valtonyc. ‘The gag law and the Catalan process are examples of the change: anything that questions the state is to be nipped in the bud’, in the co-founder’s opinion.

‘I look on at the repression goggle-eyed’, agrees the chairwoman of the board of governors. ‘The court system I trusted and that kept ticking over despite the lack of resources has changed dramatically’. Herranz does not question the independence of ‘everyday’ judges, but she does that of judges higher up in the structure: the ones presiding the provincial courts, the higher courts, the Supreme Court, the Judiciary General Council. What is more, she thinks the Constitutional Tribunal, ‘which always tended to be progressive in its interpretation of basic rights, is more like one more arm of the state’.

About a hundred people – around 80 as members – live off the Col·lectiu Ronda today. The growth of the project explains the move to new premises in Carrer Trafalgar six years ago. Apart from that, the cooperative has another six offices in Catalonia and one in Madrid.

The autonomy of each of the work groups making up the cooperative (employment, health and work, social economy, legal and social and general cross-cutting services) is a peculiarity thanks to which the cooperative has faced the dilemmas and challenges of growing without losing its DNA. There is a limit: respect the firm’s ideas, do not squander the legacy of the founding team.

The autonomy can be seen even when it comes to establishing wages. ‘We decide on our own wages, we decide within the group’, explains Vallribera. The same happens with the group meetings, which are based on speaking freely.

A year has to go by before someone who has begun working with the Col·lectiu Ronda can attend one of the assemblies to understand how the project works. But another three years have to go by before they can become members, by making a contribution of 15,000 euros. The people with most responsibility can not earn more than 3.2 times those with the lowest earnings. One recurrent form of income is the system of annual subscriptions, which allow continuous consultations. There are almost 24,000 subscription holders, who pay between 58 and 187 euros a year.

Can Fulló, an 18th-century farmhouse near Argentona, is another special experience for members of the cooperative. Surrounded by nature and tranquillity, this is where assemblies and strategic meetings are held. There are also training programmes, parties, and all members can take family or friends once a year just for a day out. Purchased by the cooperative three decades ago, Can Fulló has been witness to its dilemmas over growth, the occasional internal crisis, the now complete generational transition and the almost doubling of income over the last decade to 8.5 million euros. But above all, long-term battles. Herranz sums it up with these words: ‘It’s all about working very, very hard’.

1.  Fyodor Dostoevsky, ‘Something about lawyers’. A Writer’s Diary. He returns to the idea in The Brothers Karamazov.