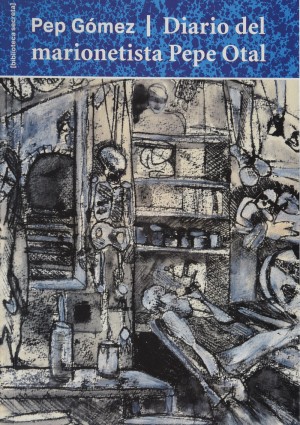 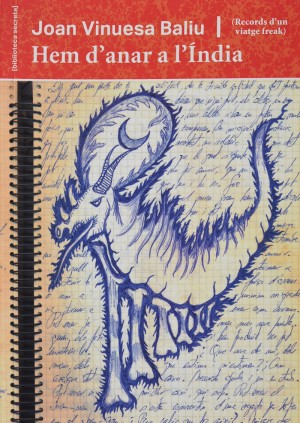 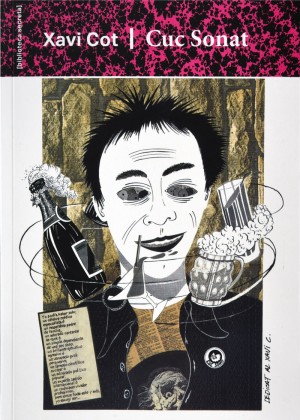 Barcelona today has made a name for itself in the cultural world and the city has a certain force that attracts tourists/clients/consumers. But it is also a place that has a dense underground layer, filled with small minorities that have adapted as much as they have persevered, a small society with characters and legends, lights and shadows that have often surfaced here and there but with stories to tell and a drive that has also helped to make this city what it is today.

Three very different books inaugurate this ‘secret library’ that retrieves tales that deserve to have a place in the story, a place to exist in dignity, if necessary outside the market, as they are precisely lives outside the mercantile world that has also left its mark on Catalan culture.

What is more, these three books overlap and communicate among themselves. Pepe Otal’s puppet theatre is mentioned several times in Xavi Cot’s book, and so is Joan Vinuesa, with whose book he brought to life the great nights of poets and puppeteers in his workshop. Between the three of them they paint a sociocultural fresco in which we sense some of the pulse of Barcelona counterculture. One thing at a time.

Pep Gómez writes a ship’s log as though Pepe Otal had written it, on the basis of what his friend and colleague told him. The text starts with a kind of self-portrait until he writes the first entry in the fake diary for 1980, in which he already points to the character’s idiosyncrasy: ‘When they ask me: “What’s your opinion?”, I keep quiet. I registered in this life to listen. I’m a listener.’ From there on, the different entries jump between scattered episodes in the life of the puppeteer and paint the atmosphere surrounding Otal, a world marked by the joy of living, affairs with women and the generosity of putting anyone up in his workshop whenever necessary, all spiced with the programme of performances he puts on everywhere until the last one, in Sardinia, where he dies the night after a performance in 2007.

A pupil of Tozer and teacher of many puppeteers, a lot happened in his workshop, including the meetings of poets and puppeteers coordinated by David Castillo and Joan Vinuesa, the author and main character of the next book.

Vinuesa is a poet and painter, and a singer-songwriter, and a nurse, and above all an inhabitant of Barcelona’s magma of underground culture. In Hem d’anar a l’Índia (records d’un viatge freak), we find the account of a pilgrimage straddling 1977 and 1978, a journey of initiation in search of the myth of countercultural liberation, an odyssey by train and bus, even hitch-hiking, stopping overnight in bus stations or in run-down inns to get to the image of paradise. It is the 70s hippy trail (which still exists today, with different variants), the way to self-knowledge starting with a certain break with the establishment. Spiced with powerful images from the travel log, we find all the details of the route and some experiences, but there is an underlying feeling of frustration with what he comes across, because of the circumstances of the trip, which eventually include the illness that forces him to return. But the hindsight also shines a light on the good times, the discovery, the inner path. Vinuesa, though, explains it all from a critical distance always, he is no longer the young man who went out to discover himself by discovering the world, but an artist who also portrays a society and a time.

Xavi Cot also describes a historic moment when he speaks of the adventures of the Cuc Sonat, especially the first stage, from 1974 to 1979. Cot describes how the urge to organise music sessions gradually became something of a pioneering devotion to Spain’s first punks, with the peak of the Punk Festival at the Aliança del Poblenou on 4 December 1977. Filled with so many dates and data that it sometimes reads like a diary, Cot reflects two things above all. On one hand there is the historical and musical aspect, but there is also another one that is just as interesting or more and that is partly overshadowed: during his visits to London he connects with a series of eccentric Catalans in exile who he presents to us but without enlarging on them. Anyway, he leads us through some fascinating years with characteristic language reinforced by accounts from the time.

They are three different and unequal books with points of contact. Three necessary books for documenting the passage through this world of some outstanding characters from the city’s submerged history, who if they had not been gathered together here would have been left out, apart from a few scattered tributes or bibliographic references.