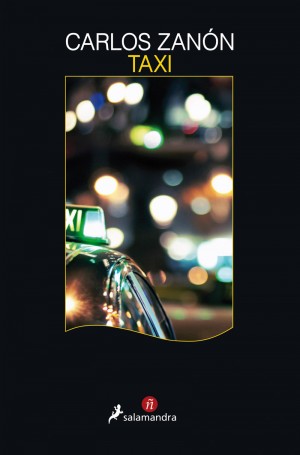 Taxi is Carlos Zanón’s fifth novel. With it he has fulfilled one of every author’s basic obligations, which is to venture into the unexplored. Zanón used to be a careful writer; his novels were discreet, perceptive, normal in appearance alone. His genre was (nominally) crime fiction, which he narrated in a proletarian Barcelona without the genre’s usual clichés. The style was skeletal but not at all derivative. He made sure he belched, rapped and shouted. He turned out what was expected of him.

With Taxi all that has changed. This is a rare bird: the good excessive novel. In literature, generally speaking, excess isn’t a good thing. Constraint and vigour are everything. Zanón has ignored this recipe. He’s become strident, incontinent, overdone. Salacious, even. Taxi shrieks, mutters, hums Velvet Underground, strings together quotations and metaphors, feels sorry for itself and is highly opinionated. The voice of Sandino, the adulterous, errant taxi-driver, wounded but noble, who drives his taxi dodging crooks and falling in love with posh MILFs, peripatetic as Ulysses, narcissistic as Jagger, bombastic as Marinetti… His voice, as I was saying, gurgles endlessly like the chatter of a cocaine addict at five in the morning. On the verge of tears. Like a sex maniac.

So much exuberance would be ill-advised in most novels. And yet Zanón manages to keep it going. How? Easy: by being very good and having a lot to say. Sandino swaggers like a pompous pop star, but the writing has the depth, the baggage and the consistency of an old Arctic iceberg. Taxi is full of ornamentation, but that’s no crime as the foundations are solid. It’s like a song from Phil Spector’s ‘Wall of Sound’: there are too many violins and harps but underneath it all there’s excellence. The decoration in Taxi doesn’t hide the absence of energy or ideas. A loud pimp’s coat over a fine made-to-measure suit. 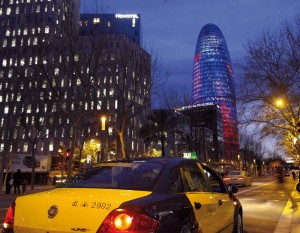 Harry Crews said that talent wasn’t a bad thing in literature, but what mattered was courage. Zanón has more than enough. He speaks of parents and children and grandmothers, of Horta and Guinardó, of the bourgeoisie (‘beauty and success as the norm and not as exceptions to the ugliness of … his neighbourhood and its people’) or of ‘the bottom of the middle class’ (‘they never started or avoided wars, but they’ve been to all of them and have lost most of them and they’ve changed sides at the earliest occasion to get a hot meal in almost all of them. Neither epics nor stripes’). When he gets stuck into his neighbourhood and background, his talent spurts like a geyser: ‘He remembers as a lad when he went up to this same cemetery with his mates. When María José and he hung back behind the group to kiss among the graves, to grope each other, their hands under those jerseys that were sometimes made by grandmothers or else bought at Marga three for the price of two. The scent of acne, cigarettes, sex and baby lotion, carried backwards and forwards on a breeze like the salty, thick breeze of a summer that was never the way you imagined it, in a city that seemed never to have taken them much into account, neither them nor their parents’. Zanón at his best.

And what we do with the, shall we say, rowdy elements in the novel? Accept them, I think. Taxi is a contract. Like reading the surrealists: you agree to come up against melting pocket watches and priapic unicorns. In Taxi one accepts smut, flirting, rock and lyrical rapture, because they’re included in the deal. Other great authors have protuberant, totalitarian (even, at times, irritating) styles: David Gates, Mark Richard, Céline in Death on Credit… That’s the way Carlos Zanón is today. He’s written an imperfect book, very much his own, that works and reverberates and is moving in spite of the feedback. Taxi in fact is like The Clash’s Sandinista which inspired it. You’d have liked them to have left it at a double rather than a triple album, to have got rid of the surplus. But on the other hand, you applaud the courage, the curiosity, the adventure, the delight and the pathos and the anger it gives off. And when you’ve finished it, it stays with you. Perhaps for ever.

One thought on “A taxi called excess”