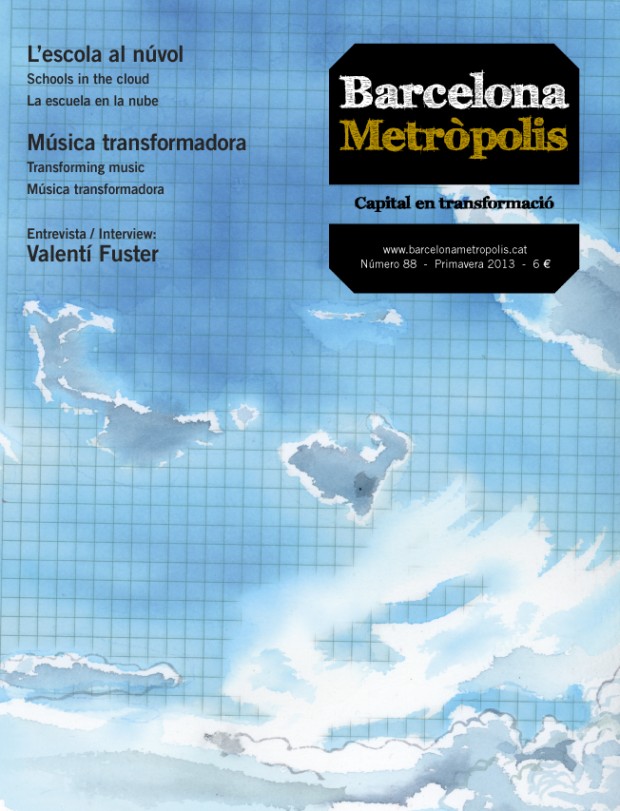 The cloud is not just a virtual repository of information that allows us to scale costs or save space on our hard drive; rather, it also has an emancipatory potential for teachers and students because it structures reality and, in passing, it changes the way we relate to and communicate with each other.

The futurologists say that half of the trades that our grandchildren will practise in fifty years’ time do not yet exist. We are not facing a time of change, but rather a veritable change of era. Our world as we have known it so far is sinking, before another one can be born again to shore it up. We do now know what the world will be like in twenty years’ time, and paradoxically we have to train the people who will take us there as best as we can. We are groping about in the dark, although it is probable, as Gregorio Luri says, that “one of the best indicators for measuring a coun­try’s wealth is investment in and the quality of its educational system”.

We live in the midst of liquid modernity, they say. It is also true that we are stuck in the lock, just at the point when the gates of an outmoded past close behind us and the ones ahead of us have not yet opened. While we wait for the waters of the world we are leaving behind us and those of the canal ahead of us to level out, we live amid confusion and paralysis. The lock is one of the paradigms of our time.

In the field of education we live in a twofold confusion which drags us in opposite directions. First of all, there is the crisis regarding the figure of the teacher, devoid of prestige and stripped of all authority in a school system that has made the student the centre of everything. Secondly, there is the confusion caused by the new array of opportunities opened up by the digital revolution, which provides new tools and ease of connection, but which also endangers the face-to-face relationship between teacher and student. With the Internet era in full swing, the teacher can no longer merely teach, let alone impose knowledge. They must make it accessible and shareable, recreating it with the students, who, in this generational lock, are often more digital than the actual teachers.

In L’escola contra el món (Schools against the world), Gregorio Luri bemoans the loss of direction in the education system. The prevailing pedagogical sanctimoniousness has disregarded rigour, effort and education of character in favour of the autonomy, opinion and spontaneity of the student. In this model, “the teacher basically becomes a catalyst of the student’s interest, while traditional subjects become mere tools of personal development,” says Luri, who believes that confidence in the educational system and in the teacher’s authority has been lost. Reviewing the last forty years of the active school, Luri questions the pedagogical principles of Rosa Sensat and regrets that for years pedagogical activism was confused with anti-Francosim: “Anything that did not promote student autonomy was belittled as if it were indoctrination into submission.” Greogrio Luri also regrets that education has associated values such as excellence with classicism and segregation, and has advocated a misunderstood equality which eventually levels students out by pushing them down. Teachers used to make the distinction between students’ ability and willingness to gauge whether failure was due to lack of ability or lack of effort. Luri regrets that the school has become “a therapeutic institution” in which it is taken for granted that the student’s attention deficit is involuntary and that their failure at school may be attributed to some kind of disorder that has to be diagnosed. Luri thus denounces the dominion of psychology over pedagogy: “Education cannot confuse the psychology of learning with pedagogy. The former tells us how we make certain knowledge our own, but not why this knowledge is valuable.”

Why should certain skills be promoted? Why should some content, and not others, be taught? What skills should students develop? As Albert Aixalà states in the article contained in this special edition, if we define the objectives to be achieved only in terms of skills, we run the risk of them becoming merely technological skills. “Many students start secondary school without even having attained basic reading and writing skills,” says Aixalà. In these conditions, it is impossible to promote “critical, dissenting and dialogue-based thought in our students”. Aixalà says that the teacher would rather relinquish their own educational skills to delegate their work to a hologram of Carles Puyol or Gerard Piqué, who would probably make the topic much more exciting.

Now more than ever, at a time when dropping out from school is put down to disease and disorders, it is the relationship between teacher and student that is at stake. But it is a game you cannot play without a modicum of attention. Attention is now the only condition for the possibility of keeping the relationship between teacher and student alive. This is why only too often psychologists and drugs are brought in to solve a problem that we have chosen to medicalise in order to avoid having to question or re-evaluate educational skills.

But we will not be able to refocus this attention by reverting to the traditional school model, in which the teacher imparted knowledge on a one-way basis through the authority afforded to them by their profession. As Xavier Laudo, professor of pedagogy at the University of Barcelona, in his article “Internet, liquid education and emancipation” highlighted, “the die-hard defence of a school that conveys truths that should protect us from permanent doubt, which some educators expound, is too anachronistic. On the other hand, attributing the current problems of society and schooling to the principles of the active school is pedagogical reductionism.”

In the school of the future, teachers must be able to re-focus attention, defining and prioritising contents, placing knowledge before information and effort before entertainment, but they must do so in the digital context and with tools and materials that will probably not depend solely on them. This transition from analogue to digital school runs the risk of simply replacing the student’s attention with connection. But connection (or connectivity) alone does not guarantee the attention that is essential for the transfer of knowledge to take place. If the only thing that harnesses attention is the connection, then the transfer of knowledge is doomed to be superficial and ephemeral. Catherine L’Ecuyer’s contribution in this magazine warns us of the over-use of screens in schools. L’Ecuyer points to a piece of data that is both surprising and telling – the American Waldorf school in California, where the children of the high-ranking executives and entrepreneurs of Silicon Valley are schooled, has distanced itself from the use of screens in the classroom. In an exercise of futuristic imagination which some may see as reactionary, L’Ecuyer holds that children’s ability to be surprised must be preserved, rather than satiating their receptivity and the gift of marvelling at a visual overstimulation.

Teresa Fèrriz, lecturer at the UOC, admits that “in the classroom, permanent connectivity is not a value in itself, but the opportunities to communicate and cooperate with each other, which increase exponentially, are, and particularly the active involvement of the student in their own ­learning which, with the appropriate methodologies and technological tools, are adopted by children when they start to work collaboratively”.

Be that as it may, it is therefore inevitable that the school of today and tomorrow depends on connection to the cloud. “The school of the future will be digital or else it will not be” said Ramon Barlam in the article he penned for this special issue: “We will no longer be talking about new technologies, since by then they will be seamlessly integrated into our daily lives.” It is true that we are still learning the alphabet – we have whiteboards, ICT rooms, but either our Wi-Fi doesn’t work or we don’t have fibre optic in our schools. Neither do we have text books that surpass the multimedia-rich PDF. We want to integrate ICT, but we do so with analogue ticks.

In the traditional school, the main instrument available to the teacher for focusing attention in the classroom was the textbook, which defined the framework of knowledge and skills that students were supposed to learn. For many students there was nothing beyond the confines of the school textbook. Today, the concept of the textbook as the sole and universal guide has been plunged into crisis, particularly since the Internet has become students’ main tool for consulting and research, but also a source of interference and dispersion.

The teacher is no longer alone with the textbook, but in the eyes of the student he or she is not the sole guardian of knowledge, because now every student potentially has the same access to a dizzying amount of resources and information. “Despite these changes, it is the teachers who continue to define the rules of the game – the incorporation of ICT into classrooms must pursue very clear objectives, with a preliminary study of students’ needs to strike the right balance between educational, technological, organisational and contextual elements,” warns Teresa Fèrriz, who has promoted projects such as Lletra or Mestresclass, designed to bring education to the cloud.

The cloud is not just a repository of information stored virtually on the network that allows us to scale costs or save space on our hard drive; rather, it also has an emancipatory potential for teachers and students. And if the cloud is potentially revolutionary, then it is because it structures reality and, in passing it, changes the way we relate to and communicate with each other.

Barcelona is the cradle of good practice in this field. One, in the public sphere, is be the Àgora project, part of Tele­matic Education Network of Catalonia (XTEC), which offers students and teachers a virtual classroom. The Àgora project has spread great interest among schools and teachers in the use of virtual teaching-learning platforms and dynamic school portals. Àgora currently serves about 1,700 schools and/or organisations related to the world of teaching that have their own cloud.

In the private sphere, Barcelona is the cradle of Tiching, an international educational platform that includes parents, students, teachers and schools in an open community that shares a huge bank of games and free teaching resources in the cloud. Its founders, Tomás Casals and Nam Nguyen, explain in Barcelona Metròpolis how Tiching is postulated as the largest social network for education.

The revolution has just begun. 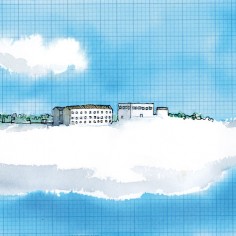 A question of balance

The school of the 21st century will be digital, or else it will not be