In the early 1990s, the end of the Cold War gave rise to a series of social, political and economic changes. The nomadic European biennial Manifesta started life as a response to this, acting as a platform for dialogue between art and society. The fifteenth edition of the event will be held in Barcelona. 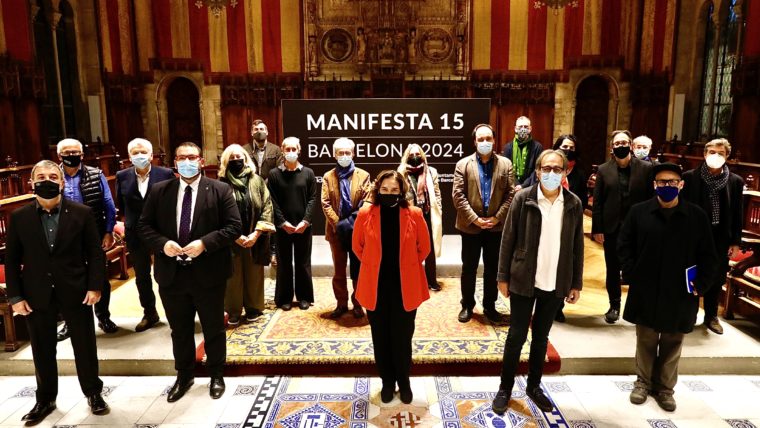 The candidacy presented by Barcelona and ten other municipalities from the metropolitan region was recognised by the Manifesta board and the city will now host the 2024 edition. The candidacy offers an ecosystem for visual arts and Barcelona’s public and private cultural network to promote the challenges for the event.

Over two years, the nomadic European biennial Manifesta will offer a series of activities such as studies, discussions, publications and seminars to build a process of creative reflection on the change of era and how it effects the major dilemmas in question.

The fifteenth edition culminates with a three-month programme in Barcelona and the neighbouring municipalities which make up the candidacy.

Each Manifesta biennial is typified by research and reflection on the emerging development of contemporary art and culture. The event includes innovation in curatorship, mediation and education, and in the search for commitment on a local, national and international scale regarding new aspects and forms of artistic expression.

Dialogue between art and society is a means for generating new creative experiences which help toward social and environmental change in Europe through culture.

The first Manifesta biennial was held in Rotterdam in 1996 as an initiative to support European integration following the Cold War. The travelling platform has also visited cities such as Donostia, Palermo, Marseille, St. Petersburg and Zurich.