Approved by the street naming committee in March, the change responds to a coordinated public initiative by seven neighbourhood organisations in 2019 to pay homage to the teacher. 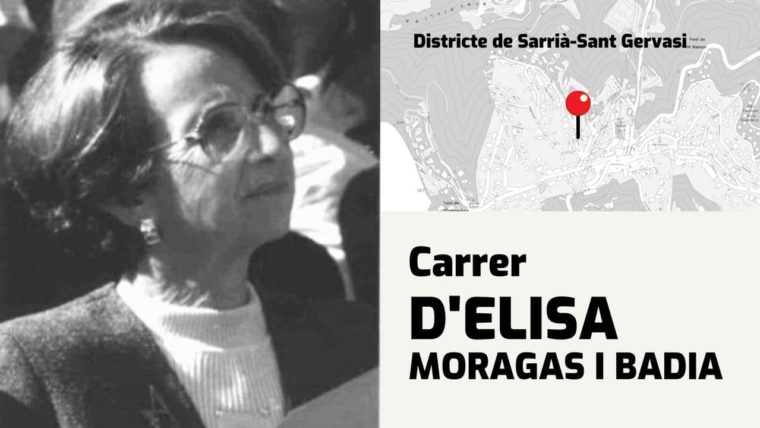 The street is one of the main roads in this neighbourhood of Sarrià – Sant Gervasi, where various public facilities are concentrated. These including the Vallvidrera – Manuel Vázquez Montalbán Community Centre, where the new name plaque has been installed.

This is the first change to a street name in the neighbourhood since 2013. There were three changes that year, one of them being the Camí del Cama-sec, which converges with the newly named Carrer d’Elisa Moragas i Badia.

Founder of a neighbourhood school

The teacher Elisa Moragas i Badia (Barcelona, 1927-2006) was impressed by the creativity of the Freinet method, which she discovered in France in the 1960s and decided to promote in Catalonia.

She mainly did this by founding the Escola Nabí de Vallvidrera with a small group of teachers, designing an education project based on the method. One of the three school buildings, initially a parents’ cooperative, is located in the street which today bears her name.