A ceremony at the Pla de l'Ós, in the Rambla, during which a wreath was laid and a minute’s silence held before the memorial to the all victims of the terrorist attacks of 17 August, with attendees expressing their support for the victims’ families and friends. The attacks had left 16 people dead and over 100 wounded, from among 35 nationalities. Homage was also paid to Barcelona, the city that refused to be defeated by hate and fear. 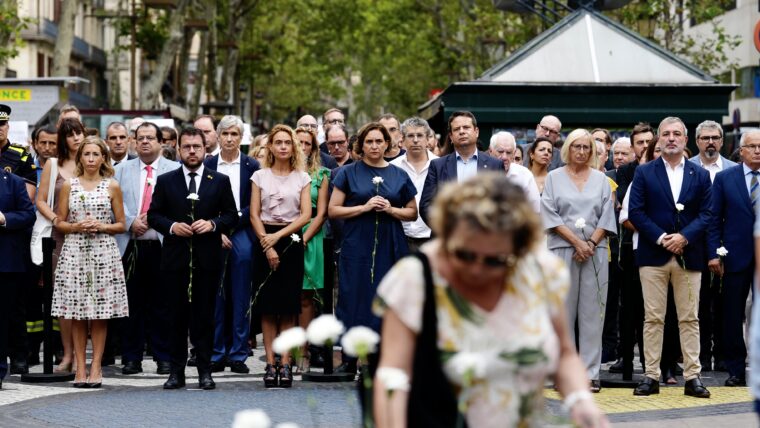 Families, friends and officials came together at the Pla de l’Ós, in the Rambla, to pay their respects to the memory of the victims of the terrorist attacks of 17 August. A minute’s silence was followed by the laying of a wreath, containing white carnations, before the memorial.

The memorial to the victims of the attacks was put up in 2019, next to the Joan Miró mosaic. It consists of a plaque embedded in the ground, bearing the phrase “Que la pau et cobreixi, oh ciutat de pau” [“May peace shield you, city of peace”], written originally in Arabic in one of the many spontaneous messages of grief left by people from around the world along the Rambla and reproduced on the plaque in Catalan, Spanish and English as well. The phrase is accompanied by a picture entitled Barcelona, by the artist Frederic Amat, showing the exact time and date of the attack: “17.08. 2017.16.50”.

Others taking part in the ceremony included the VOZES symphonic choir, the cellist Paula González and the writer Fàtima Saheb reciting Salvador Espriu.

After the attack, individuals from around the world, acting spontaneously, left over twelve thousand items and documents along the Rambla as a sign of homage to the victims and support for their families. Collected and duly archived, those items and documents have been available for viewing from the Memorial la Rambla 17A website since August 2018. 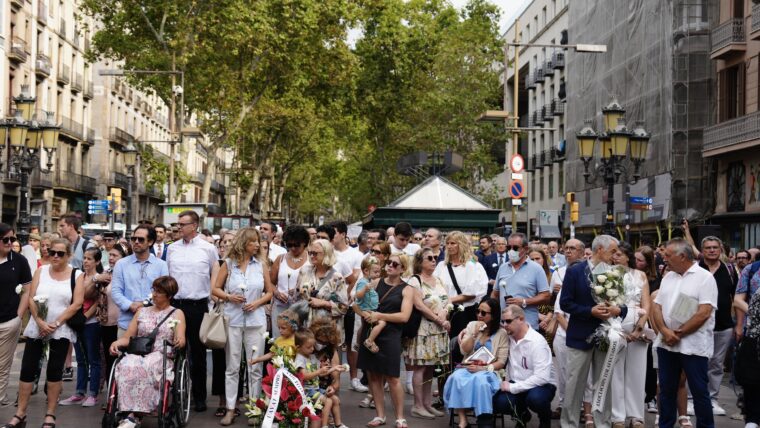 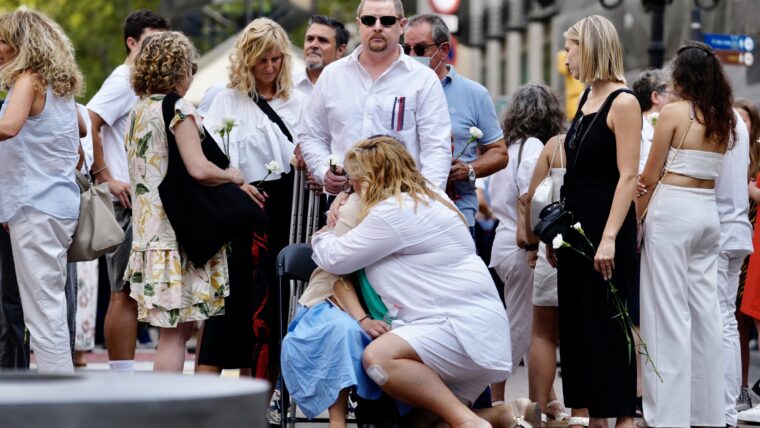 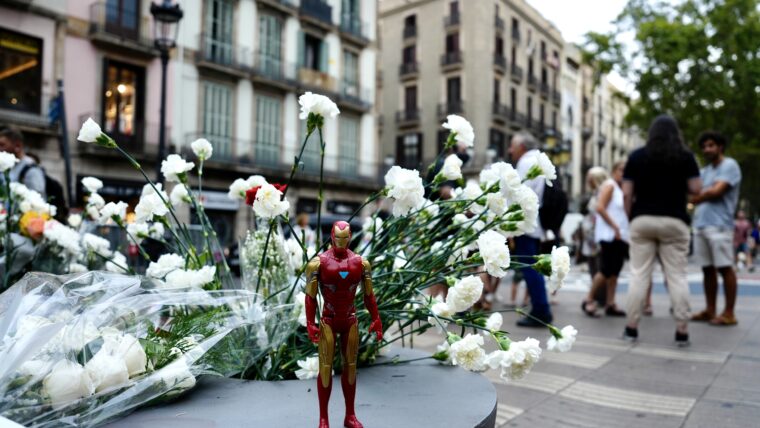 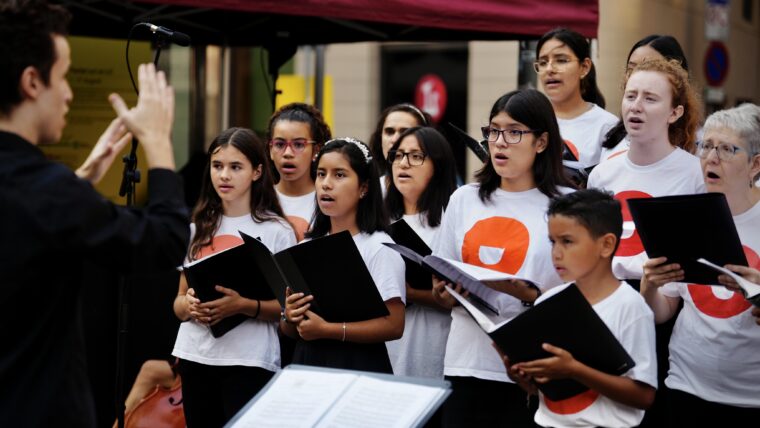