Last year was atypical in terms of pollution levels, with a huge drop due to the Covid-19 pandemic. This was the first time Barcelona complied with the guideline levels from the World Health Organization (WHO) and the legal limit established by the European Union (EU). The districts of L’Eixample and Sant Martí recorded the highest levels of pollution in the city. 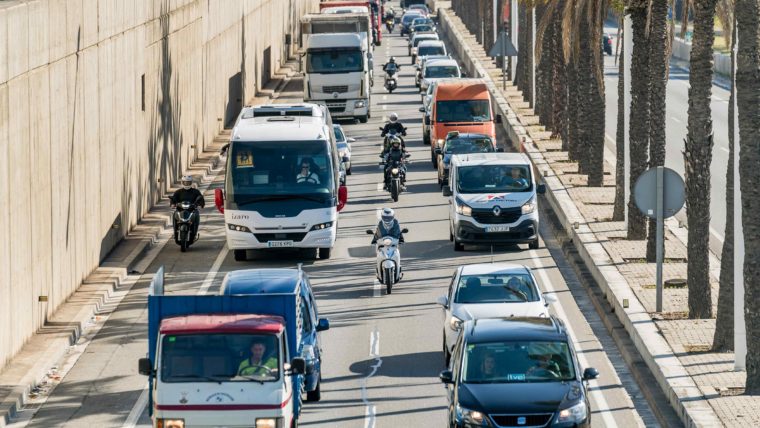 The restrictions and changes in mobility caused by the Coviud-19 pandemic led to an unprecedented improvement in air quality in Barcelona in 2020, according to the latest report by the Barcelona Public Health Agency (ASPB). The report sets out the health benefits which would be represented by the permanent reduction to last year’s levels: 300 cases of child asthma a year (19%) and some 50 fewer cases of lung cancer (5%).

The lower levels meant this was the first time that all the city’s air quality monitoring stations complied with the guideline levels set out by the WHO and the annual limit established by the EU for carbon dioxide (NO2). This pollutant is strongly linked to traffic emissions and reflected a significant drop. Levels of particulate matter such as PM2,5 also dropped considerably, but less so than carbon dioxide.

The reduction was unequal around the city’s districts. L’Eixample continues to have the highest average levels of NO2 according to population, but it is also the district which saw the sharpest drop. At the other end of the spectrum, Nou Barris is the district with the lowest levels. In terms of average levels of PM2,5 according to population, the district of Sant Martí heads the list, while Ciutat Vella has the lowest levels. The report also analyses the impact of pollution in schools, where differences are in line with the averages, with schools in L’Eixample recording the highest levels of nitrogen dioxide.

The report underlines how chronic exposure to high levels of pollution is linked to a strong impact on people health in terms of illness and mortality alike. Because of this, the document sets out some recommendations for improving air quality:

See the full report here: “Evaluation of air quality in the city of Barcelona”.