Porta Trinitat, the new centre for social services, entities and the PIAD in Sant Andreu

Work has now started on the Porta Trinitat centre for social services and entities, in the district of Sant Andreu. The centre will form part of the Complex Porta Trinitat, responding to a long-standing demand by local people. Work is due to be completed in the summer of 2021.

The new facility is being built on the site at Carretera de Ribes, 51-65, in the neighbourhood of Trinitat Vella. Besides housing a centre for social services and different organisations, the facility will include a Women’s Support and Information Point (PIAD). The project will help improve public space in the neighbourhood and equip it with necessary community facilities.

The Complex Trinitat Porta also includes facilities for the elderly and for young people. A tendering process will also be launched before the summer for 139 homes with services, 85 of them for elderly people and the other 54 with social rents.

The building involves an investment of 6.4 million euros and work is expected to take fourteen months.

The neighbourhood of Trinitat Vella lost the direct social support service operated from its community centre a decade ago. The demands made by local people since then have played a key part in developing the Porta Trinitat project.

The four-floor building will have two courtyards, with the area outside also to be urbanised. The design is for a building for administrative and cultural use and features a function room with 170 seats. The first floor will house the social services offices, while the community centre will be on the second floor, with co-working areas, meeting rooms and storerooms.

The third floor will have multi-purpose spaces for workshops, as well as meeting rooms, rehearsal rooms for musical entities and changing rooms. This caters for activity by neighbourhood associations. 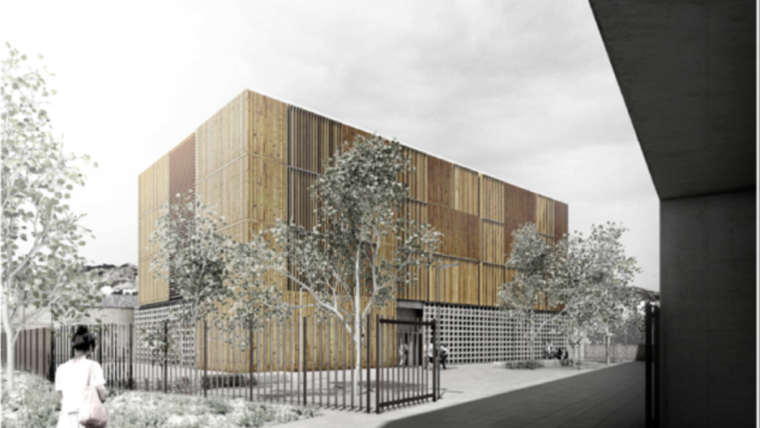 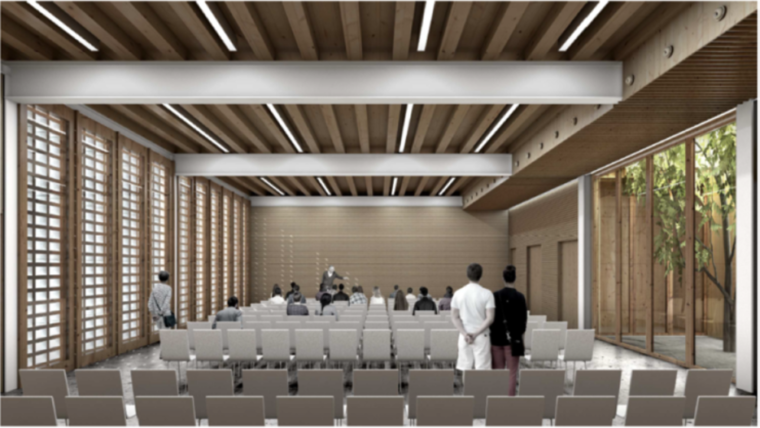