Antivirals for the new political times

The city after the pandemic 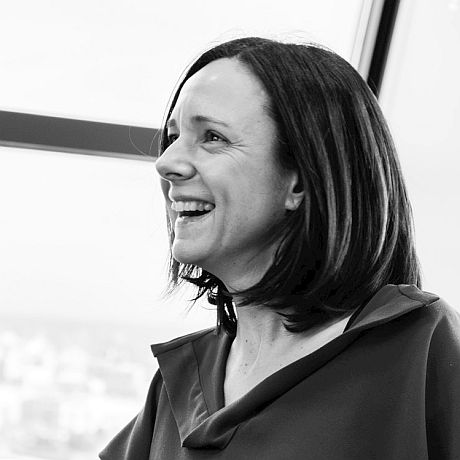 Belén Barreiro is a sociologist and founder and CEO of the 40dB company for demoscopic studies and social research.

The coronavirus pandemic, despite the economic impact that many predict, will not generate a widespread crisis of disaffection such as the one triggered by the Great Recession if everyone’s reactions continue to be consistent with solidarity and generosity, the main antivirals in these new political times.

Beyond the pain endured by so many people due to the loss of family and friends and the trauma of not even being able to say goodbye to them, the standstill caused by the pandemic threatens to violently shake our economy. Since the outset of the lockdown, when we were still getting used to living without leaving our homes, opinion polls have detected a rapid change in citizens: suddenly, three quarters of the population began to check the news about the virus several times a day. Few issues have led to consume information as extensively and intensely, and as abruptly, as the coronavirus in the initial weeks of the lockdown. Confined to our homes, with the borders of our country tightly closed, the health crisis – an event with unpredictable consequences – is leaving a deep mark on our society.

With the memory of the Great Recession still too fresh in our minds, concern over a new economic crisis – emerging in recent months – skyrocketed in the weeks of the lockdown. Fear of recession and unemployment are now the chief concerns of Spaniards, overshadowing other issues that until recently had occupied a large place in public debate, such as the Catalan conflict, climate change, real equality between men and women or the future of pensions. Today, 70% of citizens believe that the coronavirus will exert a negative and lasting impact on the Spanish economy. Citizens also fear for their household economy: only 20% believe that it will have little impact, and just over a third think that it will affect their household economy permanently, either because they have lost their job or have taken a pay cut.

It is the most vulnerable people who fear the economic effects of the coronavirus the most: its contagion is cross-cutting, but, needless to say, its consequences are not. The studies carried out by 40dB are giving us the first clues: the lower and lower-middle social classes are the most affected by the economic consequences of the pandemic and, within them, the material damages are more acute among families with children in their care, as well as among single parent families.

Many young people will have to wait even longer to build their dreams and become what they aspire to be.

Many Spanish homes are preparing for a “wartime economy”. As a result, approximately 40% of citizens have already delayed or stopped an investment, expense or planned purchase (a car, for example). A similar proportion admits that they will watch their spending more when the lockdown comes to an end. And a third acknowledges that, when shopping for foodstuffs, beverages, household cleaning and personal hygiene products, they now attach more importance to prices and pay more attention to special offers and promotions. A major swathe of consumers are thus resuming the austere habits that characterised the years of the Great Recession. Renunciations that we thought had been forgotten, such as no longer purchasing meat and fish or cancelling an urgent dentist’s appointment, spread faster than we would like in these pandemic times.

For their part, young people, who face with a certain feeling of invulnerability a virus that does not kill them, are fully aware of the effects of the coronavirus on their work situation, since they are the first to be let go in companies with temporary contracts, which in Spain are the majority. Stricken by the 2008 crisis and now by the pandemic, the precarious generation faces more obstacles than it already had. Many will have to wait even longer to build their dreams and become what they aspire to be.

What can you expect from the future? Will the times of the last economic crisis return, times that caused so much material and emotional damage? Does the coronavirus lead us towards political and institutional disaffection? The first studies on the impact of the pandemic show that some things could turn out to be quite different. The Great Recession sparked unprecedented social anger. In a country with little tolerance for inequality, the economic crisis fractured society and separated citizens belonging to a socio-economic and political elite perceived as powerful and privileged, who reacted, in the eyes of the majority, with indifference to citizens’ problems, with their back to society. In those years of “austericide” a revolt against the elite was stirred up that undermined the legitimacy of both the political system and the market economy. Dissatisfaction with how democracy worked skyrocketed and confidence in the various state institutions plummeted. Nobody was spared: the Government, the Parliament, autonomous community institutions, the army and the police. Spaniards’ traditional Europeanism also collapsed. Undoubtedly, the clearest manifestation of the fracture in the citizenry towards the elite was the crisis that shook bipartisanship in those years, from which the current system comprising five parties with over 10% of the vote would emerge some time later.

Disaffection not only had an impact on politics, but it also spread to the economy, and support for capitalism crumpled; Spain went from being one of the countries in the world most favourable to the market economy to being one of the most critical. Ratings for big companies and banks collapsed, which many citizens held responsible for the economic catastrophe. The crisis caused a genuine rejection of “those at the top” that resulted in what some called “bancophobia”. They were the years of the “rebel consumers”, who came to account for one quarter of the total population: they were those who felt a full rejection of the market economy and its leading players.

Despite the widespread prediction that the coronavirus crisis will deal a harsh blow to the economy, it is stirring very different attitudes compared to those sparked by the Great Recession of 2008.

Despite the widespread prediction that the coronavirus crisis will deal a harsh blow to the economy, it is stirring very different attitudes in society. Unlike what happened during the Great Recession, in which citizens pointed the finger at some for the crisis (especially banks) and others for not knowing how to react to it (especially governments), in this case, the culprits behind the pandemic are not being pointed at. Now, what’s more, the lesson has been learned: in the face of citizen suffering, the prescription is none other than to lend a hand. In recent weeks, many institutions and groups have done so. We have seen generous contributions from large companies for the purchase of sanitary materials (masks, respirators, gowns, etc.), as well as the police and the army, ensuring compliance with the lockdown and protecting those in need. As a result, in the weeks of lockdown, the reputation of many institutions and groups, a precious intangible good, has been improving. Now not only are health care providers getting a better rating, but also supermarket chains, banks and large companies, as well as the army, the police and other institutions such as town and city halls, which are now among those leading the reputation rankings.

It is from this perspective of generosity and solidarity that the dent in the European Union’s reputation, the body that has fallen the most since the outset of the health crisis, must be interpreted. The lack of agreement on the establishment of the “corona bonds”, an instrument whereby to tackle the huge economic costs of the pandemic and which Spain has demanded in supranational forums, has triggered a crisis in the EU’s reputation, seen by many citizens as an organism that borders on being unsupportive at a time when everyone is expected to help out.

During the toughest moments of the lockdown, there has been clear support from the population for the measures adopted by the Government.

In these difficult times, how is the government’s rating faring? Benevolence or disaffection? International studies do not bear good news for the Spanish executive branch. It occupies, alongside the French executive branch, the lowest rating among European governments. However, the data need to be more thoroughly examined and analysed. Hence, the Spanish Government has improved its rating if the comparison is made between the periods before and after the health crisis, not included in international studies. This enhanced reputation is mainly due to the more positive appraisals of progressive citizens, be they from the PSOE [centre-left] or Unidas Podemos [left-wing to far-left electoral alliance]. In addition, it is also noted that it is the citizens in situations of greater vulnerability who look more favourably on the government, whose reputation has improved during this crisis, but continues to receive many fails from voters of the conservative parties, including the PP [centre-right to right-wing], Ciudadanos [centre to centre-right] and Vox [right-wing to far-right]. It is very likely that this polarisation of perceptions will not occur in our neighbouring countries, where the political dynamic does not suffer as much exasperation as the one we experience in our country.

Moreover, it is worth noting that Government measures receive massive support from the public, regardless of the partisan choice of each individual. Thus, during the toughest moments of the lockdown, there has been clear support for the strict confinement of children, the ban on dismissals during the state of alarm, the ban on outdoor exercise or walks, or the approval of a basic income for groups in situations of greater vulnerability. The criticism of the Government does not seem to focus so much on what it does as on what it is: a coalition government between a social democratic party and another aligned with notably left-wing positions.

The coronavirus crisis, in short, will not generate a widespread crisis of disaffection such as the one triggered by the Great Recession if everyone’s reactions continue to be consistent with solidarity and generosity, the main antivirals in these new political times. Movements in voter intention during the weeks of lockdown, with more support for a cooperative Ciudadanos and less for a PP than a part of the citizenry perceives as tight-fisted, seem to suggest that generosity is rewarded as much as selfishness is punished. If we continue helping those who are going to be worse off, the times will not return when “those at the top” lived encapsulated in a parallel reality, insensitive to the material and emotional damage of a massive swathe of society. Avoiding that rests in our hands.

Belén Barreiro is a sociologist and founder and CEO of the 40dB company for demoscopic studies and social research.