Barcelona in the eyes of women photographers 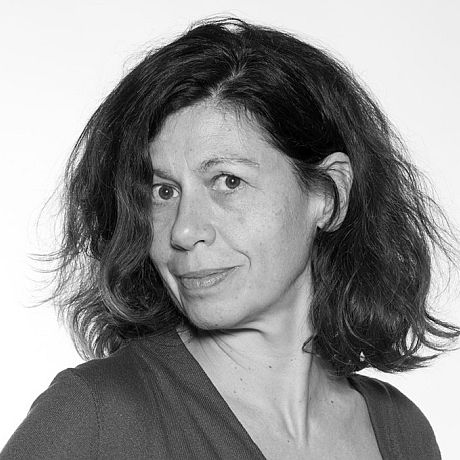 Lourdes Delgado (Barcelona, 1965) teaches photography and image classes at Elisava School of Design and at the IEFC (Institut d’Estudis Fotogràfics de Catalunya [Catalan School of Photography]. She currently focuses her research on the history of photography from a gender perspective.

For a long time, Spanish photographers saw their creative aspirations determined by the role society assigned to them. The book Barcelona, fotógrafas, by Isabel Segura – which features the photographic work of 21 women, most of whom are Spanish – demonstrates that these restrictions were not insurmountable: there has always been creative resistance to power.

The cover of the book Barcelona. Fotògrafes/Fotógrafas, by Isabel Segura, shows a close-up of an older woman, wearing an astrakhan coat and pearl earrings, holding a baby tightly with her left arm while using a camera with her right hand. Owing to the serenity and dexterity that the position of the hands denotes, we can see that it is not the first time that this woman has done either of the two tasks – taking care of a baby and taking a photograph – and, even more, that she is capable of doing both at once. In the background, a city traffic jam heightens the tension of the scene. The photograph is by Rosa Szücs del Olmo, a member of the Grup Femení of the Agrupació Fotogràfica de Catalunya (AFC) [Women’s Group of the Photography Association of Catalonia], and was taken in the 1960s. 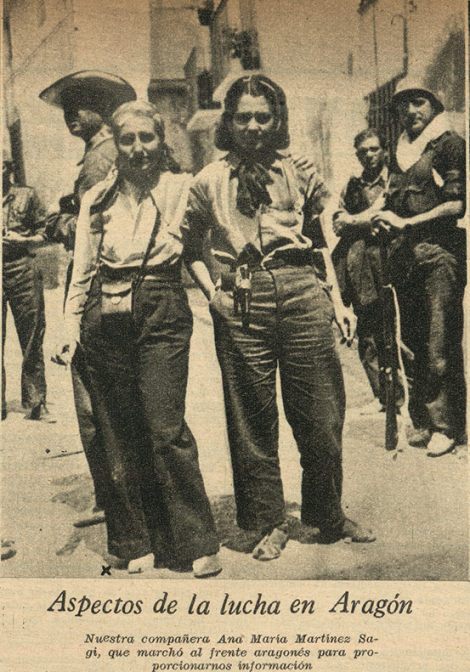 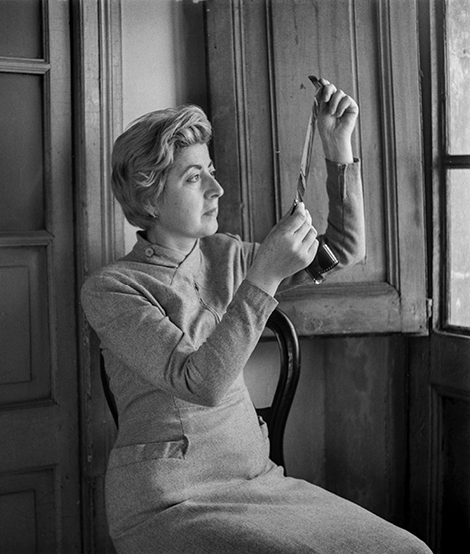 The architecture and the city that Isabel Segura is interested in exploring are not what are portrayed on postcards but rather “places to work, stroll, talk, play, love, sleep, die”.

In the image on the back cover, an older lady takes centre stage once again – in this case, donning an apron and espadrilles – taking care of a child in a public place, Park Güell, long before it became a commercial tourist attraction. The French surrealist Dora Maar took the picture on a visit to Barcelona in 1932. It seems she seeks to capture the naturalness with which the boundless imagination of Antonio Gaudí’s architecture is integrated into the everyday life of Barcelona’s residents.

These two photographs demonstrate some of the conceptual lines that the historian Isabel Segura develops in this book through texts and a selection of images of Barcelona captured by 21 women, most of whom are Spanish, from the years prior to the Spanish Civil War and up to the 1990s. The first of these lines is the concept of the city itself: the author, the architecture and the city that she is interested in exploring historically are not what are portrayed on postcards but rather the city as a place for the living. In other words, in the words of Manuel Vázquez Montalbán, whom she quotes, “places to work, stroll, talk, play, love, sleep, die”. The second is that, paid or unpaid, women’s work must be made visible and become part of our collective imagination like that of any other worker. The third conceptual line, explicitly shown in the cover photo, highlights that, for a long time, Spanish women allowed their photographic aspirations to be determined by the role society assigned to them. And finally, this image and the existence of the book itself demonstrate that these restrictions were not insurmountable: there has always been creative resistance to power. Overall, it is a political stance that shapes the selection of photographers and images and that could surprise the reader accustomed to large-format photography books. 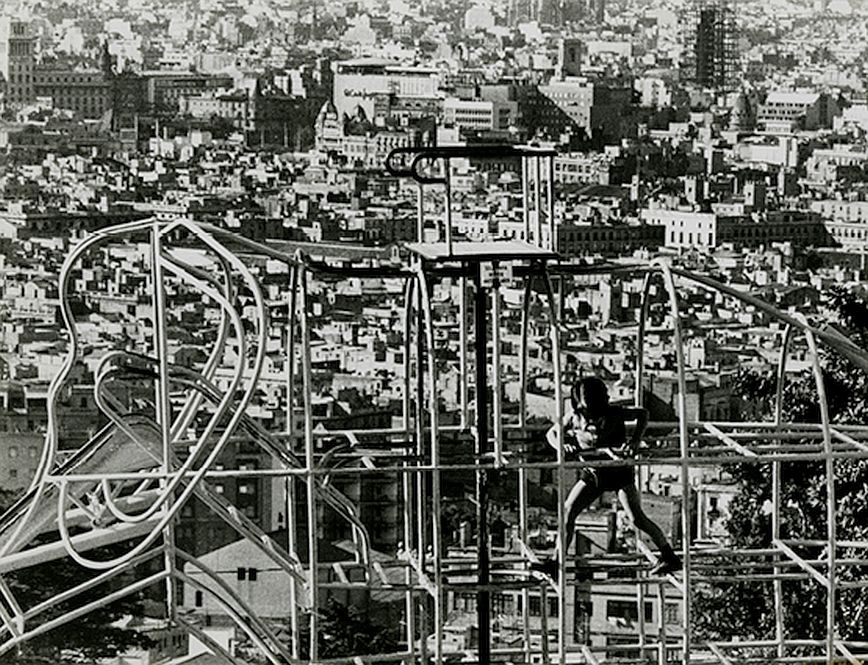 With the images collected in the book, the historian seeks to highlight that, paid or unpaid, women’s work must be made visible.

Segura divides the book into three chapters that respectively span from the early 1930s to the end of the Spanish Civil War; the Franco dictatorship; and the Barcelona of the 1970s to pre-Olympic Barcelona. By way of a documented and enjoyable text, she weaves a political, social and urban backdrop to the city of Barcelona in which she effectively inserts the photographic expeditions of the different artists. The first chapter, “Barcelona se internacionaliza” [Barcelona is becoming international], shows the work of Margaret Michaelis, Dora Maar, Gerda Taro, Kati Horna and Anna Maria Martínez Sagi (the only Spanish photographer in this chapter), whose covers for El Día Gráfico have been retrieved thanks to Segura’s research.

The second chapter, “Barcelona desde la azotea” [Barcelona from the rooftop], focuses on the group of AFC-affiliated amateur photographers, whom Isabel Segura knows well, as she was the curator of the exhibition Carme Garcia. Desde la azotea dates from 2018, and alongside Segura noteworthy photographers include Milagros Caturla Soriano, Rosa Szücs del Olmo and Montserrat Vidal i Barraquer. It also features Joana Biarnés, the photojournalist whose significance has been restored in recent years through exhibitions, publications and awards.

The last chapter, “A pie de calle” [At street level], brings together the work, mostly of a documentary nature, of photographers who were born in the 1940s and 50s and who photographed and participated in anti-Franco protests, feminist struggles and urban transformation processes prior to the 1992 Olympics, another subject that Segura is well acquainted with, not only as a historian but also as an activist. The photographers are Pilar Aymerich, Consuelo Bautista, Anna Boyé, Colita, Silvia T. Colmenero, Roser Martínez Rochina, Marta Povo Audenis, Guillermina Puig, Marta Sentís, Anna Turbau and Pilar Villarrazo. 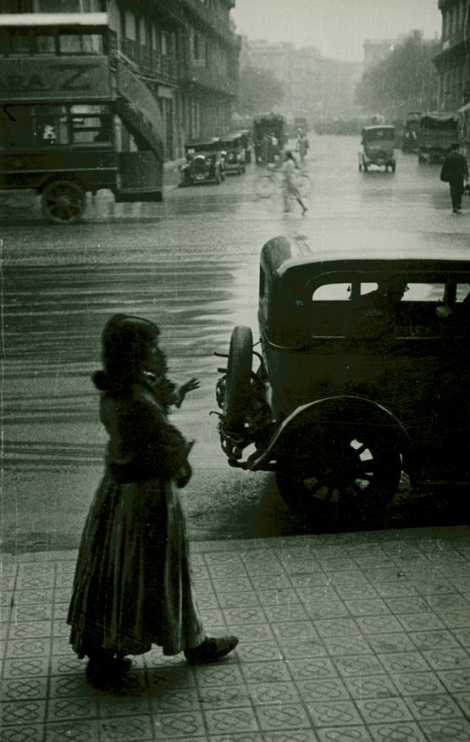 In my opinion, the most interesting of the chapters is the second one, in which the author’s approach includes a historical perspective of gender that I sometimes miss in the other two. To understand and contextualise the work of any photographer, we cannot ignore the circumstances that made it possible. This is what has happened until recently in most historical studies, in which photographers have been presented to us as “geniuses” regardless of the conditions in which they executed their work. For example, in the chapter “Barcelona se internacionaliza”, it would be interesting to understand why all but one of the women were foreigners and also Jews, as well as what made it possible for an exception such as Anna Maria Martínez Sagí to make an appearance. The value of books like Isabel Segura’s, which is enormous, is not only that visibility is given to “omissions”, but also that, as art historian Griselda Pollock pointed out, they give us the opportunity to review how the canon is established, regardless of whether the protagonists are men or women.

Lourdes Delgado (Barcelona, 1965) teaches photography and image classes at Elisava School of Design and at the IEFC (Institut d’Estudis Fotogràfics de Catalunya [Catalan School of Photography]. She currently focuses her research on the history of photography from a gender perspective.