Claudi Montañá, the article as a work of art 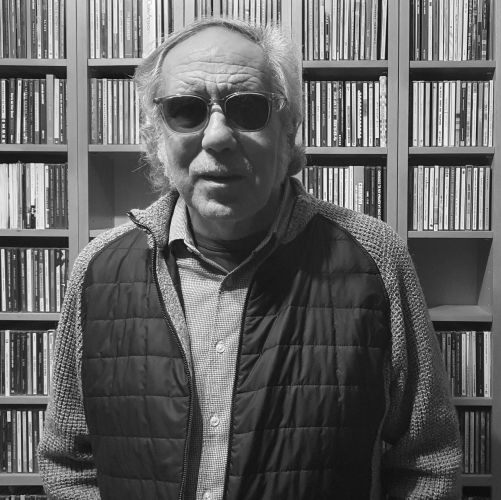 Jazz and rock critic in the daily newspaper La Vanguardia.

Claudi Montañá was the most unique voice in music criticism in the seventies. Nobody could combine popular journalism with creative literature in their texts like he could. Josep María Ripoll presents an anthology of his work, with a superb prologue that includes the biography of the figure and his reference points.

He was the most unique voice in music criticism in the 1970s. Nobody could combine popular journalism with creative literature in their texts like he could. I am referring to Claudi Montañá, on whom an anthology by Josep Maria Ripoll has just been published. Entitled Estoy hablando de mi generación [I Am Talking About My Generation], the book features a selection of articles published between 1972 and 1977 in magazines such as Vibraciones, Nuevo Fotogramas, Star, El Papus, Ajoblanco and El Viejo Topo.

This is a painstakingly created edition, with a superb prologue by Josep Maria Ripoll that explores the biography of the figure and his reference points. Born on 13 March 1944 in Manresa, Montañá was, broadly speaking, a utopian idealist and ardent supporter of the sixties’ liberation movements (the hippie movement, counterculture, psychedelia, May 68...), who felt disenchanted in the following decade when he saw how the system’s rapacious consumerism was progressively absorbing everything. A man of immense culture, to his musical and cinematographic knowledge he added his fondness for French symbolist and surrealist poets and the North American Beat Generation, whose texts he masterfully inserted in his articles.

The bulk of the anthology is divided into three parts: “Rebeldías: del pop al underground” [Rebellions: From Pop to Underground], “La euforia: el underground barcelonés” [Euphoria: The Barcelona Underground] and “Derrotas: el fin del sueño” [Defeats: The End of the Dream]. The book also includes texts on Montañá that were published after his death, which occurred in August 1977 in the old Manila hotel on Barcelona’s La Rambla, after swallowing a pile of sleeping pills. These texts include one by Eduardo Haro Ibars, in which he underlines that “he tried to create a new kind of music critic among us, at least as far as popular music is concerned, a type of critic of a literary standard, and based above all on feelings, the attitude towards life and state of mind of someone influenced by the phenomenon that is rock; he tried, in short, to translate the language of music into literary language”. 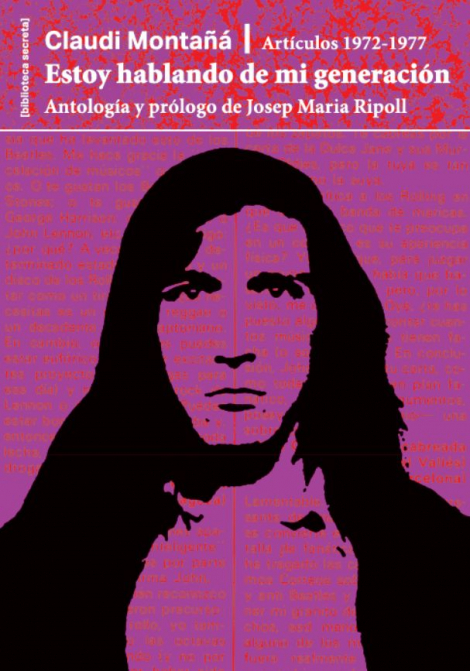 The anthology opens with a clear statement of principles: “Writing articles is also writing”. Montañá emphasises the undervaluation of journalism and considers the hierarchy established between the various literary genres anachronistic: “I think it’s time to put an end to these absurd differentiations and focus on what is really important: what is written. Regardless of whether it is featured in a book, in a newspaper, on a street wall, in a magazine or in a bathroom. Less ostentation and more communication. Is that not what it’s about?”.

Montañá’s articles are true works of art, which do not age over time and that give a fresh and burning testimony of a unique era.

And, as this book shows, Montañá’s articles are true works of art, which do not age over time and that give a fresh and burning testimony of a unique era. In this regard, special emphasis should be placed on the text that gives the book its name, a fascinating mosaic written in poetic prose, in which he recreates the turbulent sixties and early seventies linking them to meaningful rock song lyrics. At a more local level, his texts on the Barcelona underground are pure gold. From “Rayos de sol en las catacumbas de nuestra música” [Sunbeams in the Catacombs of Our Music], in which he captures the transition from progressive music to the Onda Layetana [the music genre that brought together Catalonia’s jazz and rock musicians in the 1970s], to the most experimental kind of interview-ramble with Sisa, in which the roles are momentarily swapped and the interviewer becomes the one being interviewed. This magnificent anthology closes with a powerful “testament”, with quotations from Ferrater, Cioran, Borges and Baudelaire, which bring his mail section to an end in Vibraciones [Vibrations]: “I am about to conclude this my last ‘Mail’ and I am experiencing a bittersweet feeling of sadness. It’s the return from a trip, I know, the always bumpy descent in the sunny morning air. Winter, almost. The birds are starting to freeze to death on the bleak ledges. And neither you, nor I, nor anyone else know what to do... But, if I were still who I think I am, I would imagine winter draped in silk. Sending you a kiss. Goodbye.”

Jazz and rock critic in the daily newspaper La Vanguardia.