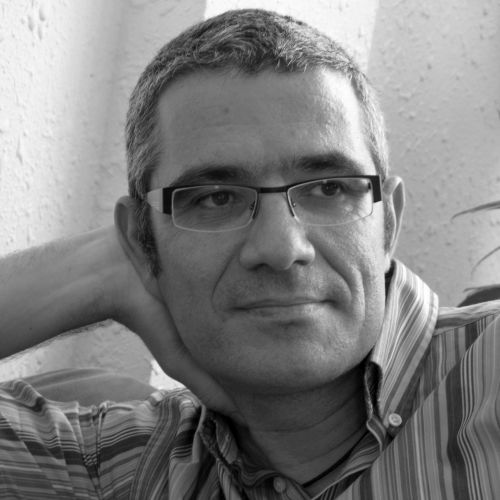 Degree in Veterinary Science. He was a founding member, in 1987, of Veterinarios sin Fronteras [Veterinarians Without Borders], and director from 1991 to 2009. He is coordinator of the magazine Soberanía Alimentaria, Biodiversidad y Culturas [Food Sovereignty, Biodiversity and Cultures], and collaborates closely with farmers’ movements such as La Via Campesina and Plataforma Rural.

The growth of cities is paving over nature, encroaching on farmland and stoning agriculture. If, as numerous studies show, urbanisation processes are becoming less and less socially and environmentally sustainable, why do we insist on making cities bigger, more populated and more complex? Wouldn’t it be smarter to think of “counterurbanising” society to return to truly more humane ways of life?

Encroaching on the land

In recent months we have been observing quarrels and disputes over a number of physical spaces in the peri-urban territory. The Port of Barcelona needs to grow to facilitate more international trade, the airport does not have enough runways if we want to climb the ranks among tourism competitors, Mercabarna [Barcelona’s wholesale market for fresh food] needs more land to accommodate new facilities that will perpetuate it as an international hub... and other projects are emerging to, supposedly, solve housing problems or create new jobs. What they all have in common is that this expansion is literally built on agricultural lands or natural parks, paving over nature.

Barcelona has lost 2,000 hectares of fertile farmland every year, ending up with a total of 42% of its agricultural area.

In the case of Barcelona, if we go back just 60 years, we can see very well how the growth of cities always calls for the dismantling of the rural ecosystem. According to the interesting interactive map produced by the European BCN Smart Rural project,[1] over these decades, the province of Barcelona has lost 2,000 hectares of fertile farmland every year, ending up with a total of 42% of its agricultural area. Sixty per cent of that total has been converted into forest with no agricultural uses and the rest has been urbanised. What is affirmed in a second study[2] within this same project therefore makes sense: in the province of Barcelona there are currently some 200,000 hectares of cultivated land which, according to their calculations, can feed approximately 600,000 people. That is to say, only 10% of their total population.

Mindful of this delicate situation and the very year Barcelona is named the World Capital of Sustainable Food, it is exasperating to see, just by taking a stroll through the El Llobregat agricultural park – the epicentre of food production for the metropolitan region –, urbanisation’s encroachment of the few cultivated fields that remain. And even more irritating is that, in one of those fields in El Prat del Llobregat, it is advertised that “solar panels will be installed to boost green energy” next to the blocks of flats. Those in government and their marketing advisers will have to be told that the agriculture they have stoned was already a process to avail of free energy from the sun. Green energy and food energy.

But, if we delve into the operation of the city’s aforementioned infrastructures, we will see that the sought-after growth, in addition to urbanising agricultural lands, entails other and greater environmental impacts, although they present it as green and sustainable.

The soy from Brazil that arrives through the Port of Barcelona is equivalent to roughly 230,000 hectares of deforestation annually.

The Port of Barcelona declares, in its brand new Strategic Plan for 2025, that it will grow from the current 65,000 million euros of foreign trade to 75,000 million. And, adorning the report with the colourful United Nations Sustainable Development Goals (SDG) logo, it also affirms that it will substantially improve its environmental sustainability. Does this logo have magical powers? You just need to focus on one of the star products marketed by the Port to understand that, in the business of moving goods, increased traffic will always incur higher environmental costs. The latest report from the Grain[1] organisation explains, in a very simple manner, that just the soy from Brazil that arrives through the Port of Barcelona – used to fatten animals kept on Catalan industrial farms – is equivalent to roughly 230,000 hectares of deforestation annually and 2% of the total greenhouse gas emissions in Catalonia. If soy-based business is expected to grow (both for its consumption as biodiesel and for the production of the highly vaunted plant protein), we will necessarily be talking about more deforested areas in some part of the planet. It is deceiving that, in the Port’s green accounting, which they claim they wish to improve, this delocalised pollution is not added.

Something similar applies to Mercabarna, which demands more space to grow, but at the same time explains with satisfaction how its sustainability plans – also adorned with the rainbow of the SDGs – imply expanding the number of photovoltaic panels and the 5G connection for the entire venue. But, for instance, the fact that more than 95% of the melons that are sold there also arrive from Brazil having travelled thousands of kilometres is not taken into consideration or prevented. 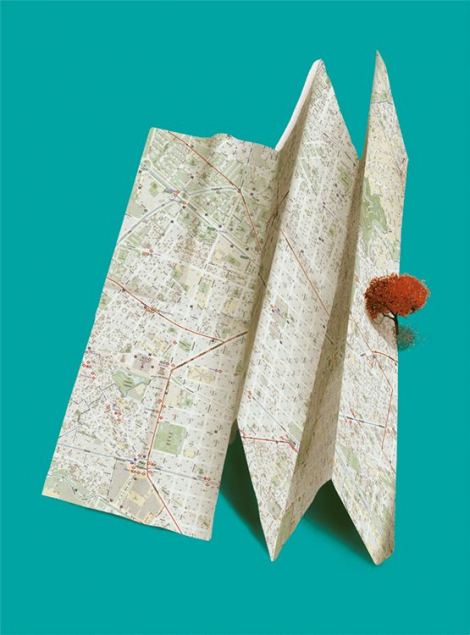 So cities – where millions of human beings gather physically, mentally and spiritually disconnected from the land and nature – are part of the problem, and the bigger they are, the bigger the problem. Currently, half of the world’s population lives in big cities, which occupy only 2% of the world’s landmass but that generate 80% of greenhouse gases.

But it seems that nothing halts the advance of cities and their drawbacks, as recognised in the Prospective Plan Spain 2050 presented by the President of the Spanish Government, Pedro Sánchez: “In the coming decades, the urbanisation process will continue advancing. It is estimated that, by 2050, 88% of our population will live in cities and that rural Spain will lose almost half of its inhabitants. If we do not take measures, big cities and their metropolitan areas will become more extensive and scattered, becoming less socially and environmentally sustainable. Meanwhile, many rural municipalities and small and medium-sized cities will lose economic impetus and will experience a significant social decline and downturn.”

In that case, should it not be bluntly asserted that cities are unsustainable? That the problem to be solved is not empty Spain but full Spain? What is truly relevant, doesn’t it imply openly acknowledging that “urban-centrism” as a way of living in our society violates the natural principles that we should respect? Isn’t the current challenge thinking about how to (mentally and physically) “counterurbanise” this society to put into practice, as far as possible, truly sustainable and liveable ways of life? Doesn’t the sustainability goal put forward by some cities necessarily entail thinking about how to shrink, become smaller, and empty?

But how do we “counterurbanise” cities and our minds? “Plant a school and a town will grow” is the sentence that I have heard a thousand times from my shepherd friend Jeromo Aguado. Plant a school and the following sequences will result: a school, in a town that does not have one, will encourage young families to come live in their relatives’ former houses. Some will arrive with their work in a backpack and others will recover activities in the primary sector. The local economy will therefore be revived, regardless of the world’s ups and downs, with recovered trades: farming, baking, food processing, catering and restaurant business, livestock farming, veterinarian medicine, butchery... And, progressively and in a balanced fashion, health and education professionals will arrive... By planting a school, Jeromo argues, a more radical change takes root. The generations of girls and boys, of young people raised and educated in these rules of “rurality”, will grow up as part of nature.

And this is what I propose: that the big cities include a substantial line in their municipal budgets earmarked for “the reopening of rural schools” in the towns in their area of influence or proximity. Does it seem ludicrous? Certainly not to me. It is well known that shepherds have a lot of time to think.

Degree in Veterinary Science. He was a founding member, in 1987, of Veterinarios sin Fronteras [Veterinarians Without Borders], and director from 1991 to 2009. He is coordinator of the magazine Soberanía Alimentaria, Biodiversidad y Culturas [Food Sovereignty, Biodiversity and Cultures], and collaborates closely with farmers’ movements such as La Via Campesina and Plataforma Rural.