Envisioning emergent futures for bioregions and their cities 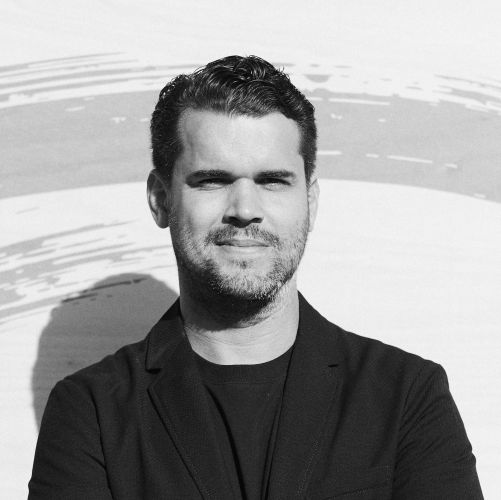 Tomás Díez is director of Fab Lab Barcelona at the Institute for Advanced Architecture of Catalonia (IAAC), the Fab Academy global coordinator and the European project manager at the Fab Foundation. He is a tutor in Design at the Royal College of Arts in London and co-founder of the Smart Citizen and StudioP52 projects, both in Barcelona. He is a contributor to the development of the Fab Lab worldwide network with MIT and the Fab Foundation.

Cities are a living system in itself that depends on other living systems whose purpose does not revolve around serving human beings. Through design, and its interface with technology and biology, we must envision how to take action in cities, in conjunction with the agents and systems that make them possible.

“The major problems in the world are the result of the difference between how nature works and the way people think”, Gregory Bateson, British anthropologist and linguist.

Cities are once again the object of obsession in the 21st century. For generations, architects, designers, urban planners, engineers, sociologists, economists, politicians and organisations have focused our energies on envisioning and creating a “new model” of the city: green, sustainable, circular, smart, open and human, to name just a few adjectives used in that search; and on imagining new relationships between the natural and the artificial, biology and technology, and religion and science.

Due to their complexity and interdependence with other technological and biological systems, cities cannot be considered objects in themselves nor can they be deemed independent or self-sustaining, since they are complex networks of multi-scale relationships and interdependencies. Non-human life forms and humans (as individuals and communities) are the ones who forge the relationships between the city and the systems that make its existence possible. These relationships are especially manifest in the rationales of human production and consumption, especially pronounced from the 15th century after the occupation of the East and West Indies by Europe and the subsequent appropriation of natural resources and cultural domination. These dynamics have led us to turn the planet into an industrial mine fuelled by a falsely cheap oil, with controlled supply and distribution chains based on the militarisation of territories and with new forms of slavery to guarantee a falsely cheap labour force and thus perpetuate economic dependencies between classes.

Thanks to access to a vast wealth of new natural resources, drawn from local native communities to meet the growing consumer demand, Europe reached one of the richest periods in its history, paving the way to the Renaissance and, consequently, the Industrial Revolution. Paradoxically, the processes of conquest and technological advances also brought internal disruptions. The production model mainly hinged on artisans who used to work and live in the same place in the cities of medieval Europe, capable of producing internally and in local territories. However, machines changed production and manufacturing processes, and the new conquered territories increased supplies.

Digital technologies have changed almost everything we do, combining ones and zeros to encode messages, videos, photos, bank transfers, and physical objects.

Over various periods of technological convergence and colonisation, advances in technology such as printing and navigation gave way to the steam engine and the telegraph, followed by wireless communication, assembly lines, and the exploitation of a new source of energy, oil, already at the dawn of the 20th century. Oil and advances in the military industry gave way to computers connected on a global scale thanks to the Internet. Digital technologies have changed almost everything we do, combining ones and zeros to encode messages, videos, photographs, bank transfers and physical objects, and they have once again transformed design and production.

With the combination of physical and digital realities, design plays a fundamental role in changing the way we live, work and play in cities. It is through design, and its interface with technology and biology where we must envision how to take action in cities, in conjunction with the agents and systems that make them possible. Cities cannot be understood through anthropocentric rationales, since they are a living system in itself that depends on other living systems whose purpose does not revolve around serving human beings. Processes of change must be understood as an evolution between biological and synthetic, human, artificial and natural species.

Domination and manipulation of the environment

The human species has developed the capacity to change the morphology of natural environments to give way to urbanisation and thus shape new relationships between biological systems and technology. By the same token, it has used these relationships to dominate and manipulate the environment in order to generate progress that, from an anthropocentric perspective, has been measured for decades by economic growth. To guarantee the supplies that urban settlements need today, complex infrastructures must be built, based on colonising, extractive and linear principles in terms of the ecological materials that comprise them.

To produce technological devices such as smartphones, to make Australian hamburgers in Barcelona, ​​to make excessively “cheap” clothes or to build self-driving electric cars, energy, natural resources such as water, or the exploitation of the land for agriculture or mining are needed. The current rate of production and consumption of these products makes the coexistence of human beings with other species unfeasible; furthermore, it jeopardises the climate balance, which is imperative for the existence of life and has been maintained for thousands of years in a natural way without the intervention of the human species.

Cities are responsible for the majority of CO2 emissions and also constitute the largest concentration of the population on the planet.

Over the last two centuries, we have refined systems for the movement of atoms, on a planetary scale, in the form of raw materials, using energy sources associated with fossil fuels; we have also transformed these materials into consumer goods, thanks to industrial processes that generate high emissions and an enormous amount of waste. This economic model, which is based on infinite growth through the use of supposedly infinite natural resources, gives precedence to economic benefits over caring for biological and social systems. However, in reality, the labour, energy and raw materials associated with most of the products we consume are not cheap, because their environmental and social impacts are not gauged within the real costs of any product or company. Said impacts will be borne by future generations like a loan they never signed.

Under this linear economic model, urban morphology and dynamics have developed with mainly neoliberal economic rationales, around infrastructures for the movement of atoms (airports, ports and roads), with products such as cars, trucks, trains or airplanes, since most of the knowledge development and advances of the 20th century focused on these technologies. Cities are responsible for the majority of CO2 emissions and also constitute the largest concentration of the population on the planet. These impacts will continue to increase, so we must envision and implement an economic model of the city that is regenerative as regards the systems on which it depends; that allows cultural diversity in relation to the generation and circulation of value on a local scale; whose principles include logics of care among all the natural systems that play a role therein, including its inhabitants; and that facilitates the integration of technologies, at the service of people, technologies that interact in the city and its bioregions, and not the other way around.

The Fab City global initiative – conceived between Barcelona and Boston – takes all this as a starting point to launch a model in which atoms stop travelling thousands of kilometres to get to our hands and stomachs; on the contrary, they continue to circulate locally. Instead, bits of information travel great distances around the planet, thanks to the digital revolution and telecommunications, and manufacturing models have become the key to developing, over the upcoming decades, an urban model focused on the development of productive cities and bioregions. Local manufacturing and production could help to increase the resilience of citizens and enable them to regain the ability to meet the needs of their local communities, providing them with technology that could help to:

- Promote the production of a large quantity of food in proximity to urban centres, reducing energy consumption in transport, improving its nutritional quality and transparency in supply chains.

- Increase the use of new raw materials from materials considered waste, associated with increased demand for existing industrial capacity in cities and peri-urban areas.

- Reduce the movement of materials on a global scale and excess production, since cities can produce what they need on demand, using mostly local materials.

- Rethink the urban infrastructure necessary to provide cities with the capacity to be productive, and also to transform the urban metabolism, including bio-digesters, biorefineries, material libraries, flexible factories and fab labs as learning and prototyping centres.

- Develop repositories of designs and new open-source technologies for the regeneration of vital natural systems in cities and in their bioregions.

- Increase the technological sovereignty of cities, thanks to the increase in infrastructure and training, with the aim of having a local innovation model, connected to knowledge networks on a global scale.

If we want to envision emergent futures for productive cities that can maintain atoms on a local scale in bioregions and move bits of information on a planetary scale, processes must be enabled in which urbanisation can become restorative, regenerative and productive, to thereby reconfigure relationships between species and life forms that make it possible to think, read and write with the experience of living in between.

Local manufacturing and production could help to increase the resilience of citizens and enable them to regain the ability to meet the needs of their local communities.

Tomás Díez is director of Fab Lab Barcelona at the Institute for Advanced Architecture of Catalonia (IAAC), the Fab Academy global coordinator and the European project manager at the Fab Foundation. He is a tutor in Design at the Royal College of Arts in London and co-founder of the Smart Citizen and StudioP52 projects, both in Barcelona. He is a contributor to the development of the Fab Lab worldwide network with MIT and the Fab Foundation.