Everything that can go on in a bar 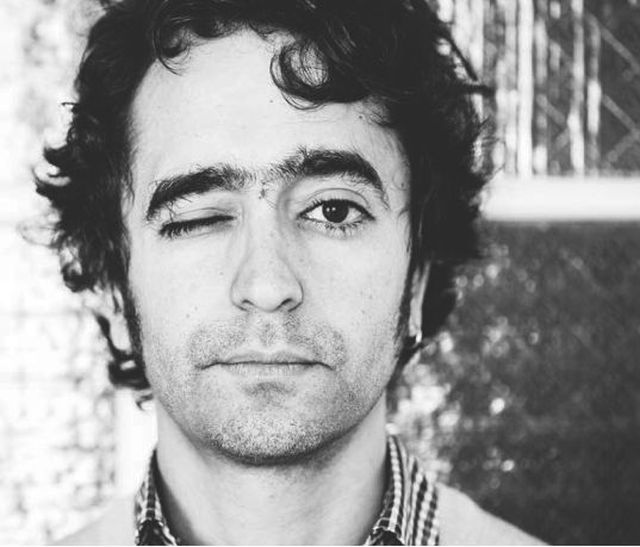 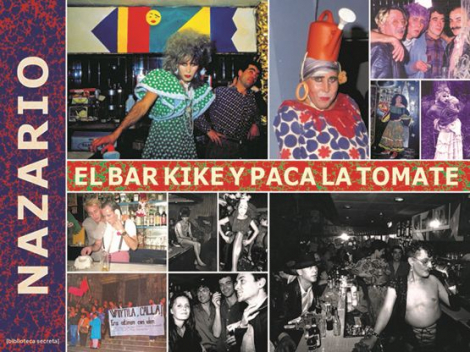 We are a bar culture. Every generation, every scene, has had its own, and each of these bars deserves a book like this one, because its history is the history of the collective construction of urban culture. In 1983, on the street Carrer Rauric, Kike’s bar -which lends the book its name- reopened, a meeting point for whores. Nazario gives us a detailed description of his regulars and their vices and hang-ups.

We are a bar culture: in every era, in every scene, there are one or two bars that are a cornerstone, that are the epicentre of a fleeting community that meets there and makes a massive discovery. Every generation, every scene, has had its own, and each of these bars deserves a book like this one, because its history is the history of the collective construction of urban culture.

Sometimes, an entire area may even become emblematic, as happened in the centre of Barcelona as the troops of the American Sixth Fleet successively disembarked – Xavier Theros explains it in great detail in his essential book of the same name. As of 1951, the city began to spill over with bars and nightclubs with appealing names for the American Marines (New York, Panam’s, Sidecar and Kentucky), who came to party to spend their cash by the bucketful. During the emergence of the libertarian movement in the 1970s, these spaces – and the streets and squares of the Barrio Chino [“Chinese neighbourhood”, yet it is a generic reference to all foreigners, as the area was inhabited by immigrants from other parts of Spain and from abroad][Lt1]  – welcomed young and old, who were fleeing the repression of so many years of National Catholicism [part of the ideological identity of Franco’s political system] [Lt2] and sought to create their own way of life in every respect – politics, drugs, sexuality and creativity. There was a different type of emigration to the post-war one, which had essentially been work-related: now, young people headed to the big cities to meet other people like them, to be able to go things their own way, to be able to invent themselves together.

Nazario created “Anarcoma” in the late 1970s. Who better than a transvestite prostitute, a mix of Humphrey Bogart and Lauren Bacall, as an emblem of the time?

Like Ocaña, Nazario was one of those young people who hit the open road and settled in Barcelona in 1972. It was not long before he set up the underground comic collective El Rrollo, with Farry, Javier Mariscal and Pepichek, who lived in a commune on the street Carrer Comerç. When the dictator passed away, it was as if some great floodgates were opened: in 1975 the FAGC [Gay Liberation Front of Catalonia] was founded, and in 1976, the Teatre Lliure; in 1977 the Jornades Llibertàries Internacionals [International Libertarian Days] were held in Park Güell; in 1978 La Banda Trapera del Río released their first album, and in 1979 the first issue of El Víbora [Viper] came out, with Nazario’s “Anarcoma” as its standard bearer. Who better than a transvestite prostitute, a mix of Humphrey Bogart and Lauren Bacall, as an emblem of the time?

In 1983, on the street Carrer Rauric, Kike’s bar – which lends the book its name – reopened, a meeting point for whores, thugs, drug dealers and queers who roamed those winding alleys near the square Plaça Reial, where Nazario lived with his boyfriend, Alejandro the sculptor. As they loved partying, they would spend all day in the bar and meet all the riffraff: Nazario gives us a detailed description of his regulars and their vices and hang-ups, among them a certain Paco, who cleaned the premises and would soon go on to become Paca la Tomate. Nazario writes:

“La Paca and I were united by a great shyness that we could only overcome by resorting to alcohol. I was her famous drunk friend and she cultivated my friendship plying me with whiskey. In the evening, when Kike’s bar opened, I would pass by (…), [Paca] would put music on and started tidying and washing up. Drinks followed one after the other as the foul-smelling odour was gradually replaced by a strong and horrendous stench of bleach that spread mercilessly, generously, into every nook and cranny. (…) Now, the two of us on this side of the bar, laughed together in a wisecracking manner, ready to take turns, amaze or make fun of the first customers who would turn up”.

La Paca was to become the star of the underground, with extraordinary and very punk shows – nothing like the typical playback – and she would come to a bad end, like so many others of her generation. Through this rise and fall, with the detailed narration of the thousands of evening gatherings organised by the gang (exhibitions, tributes, birthday parties, demonstrations, performance weddings, photo comics) and with an abundance of photographs of the time, Nazario brings this scene back to life for us, a scene that is so hot, dazzling and roguish, delirious and buggered, injected with a profusion of drugs, sex, music and art talent, of everything that went on in a bar.