An exhibition for playing 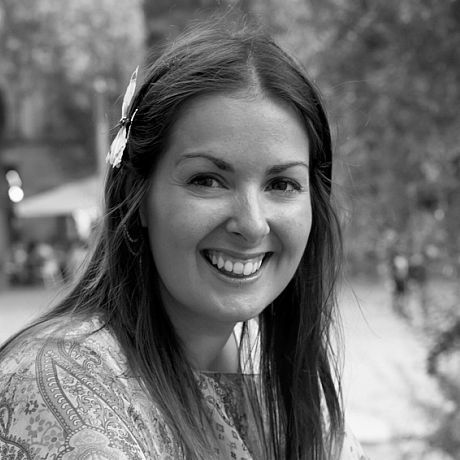 Lourdes Nicolich holds a Bachelor’s Degree in Fine Arts from the University of Barcelona (UB), and she specialized in videogames with a Master’s Degree in Design, Animation and Digital Art from the Polytechnic University of Catalonia (UPC). Currently, she is a professor at the School of New Interactive Technologies (ENTI).

Set up as a video game, the exhibition Gameplay takes us a journey through the history of video games, understanding how their language works and analysing the impact they have had on popular culture, society and art.​

Whatever our knowledge of the world of video games, whether we are gamers or not, the exhibition Gameplay. Cultura del videojoc [Gameplay: culture of the video game] shows us that we can all enjoy them through an exhibition that is both fun and invites us to think. Upon entering the Gameplay exhibition space at the CCCB, we find ourselves in a maze of words, sounds and music very characteristic of the fascinating world of video games: this is the home screen of the exhibition. It is a good idea to approach the route as if it were a video game, with its corresponding learning curve, where we can explore five different levels, learn about them and examine critical views, while (re)discovering the history of video games, understanding how their language works and analysing their impact on popular culture, society and art.

The critical spirit does not let up, but when we first enter the exhibition,  we catch ourselves smiling, remembering the old days when we played for hours and hours, alone or with friends, on devices such as Nintendo’s Game & Watch or Game Boy, the Sega Genesis or Mega Drive, legendary systems like Atari or ZX Spectrum and games like Asteroids or Pac-Man.

When we first enter the exhibition, we catch ourselves smiling, remembering the old days when we played for hours and hours, alone or with friends.

But Gameplay is not a nostalgic exhibition. Along the way, we must also face dangers and be prepared to act and emerge victorious. The exhibit promotes enriching dialogue from the perspective of different experts, works and artists who highlight the relationship between video games and certain ideologies, politics and the roles of women. Thus, in the video Tropes vs. Women, blogger and feminist critic Anita Sarkeesian wonders who the female characters are intended for and what female figures bring to the story.

Gameplay does fall short in showing the relationship between technology and games in the period between the 1990s and the early years of this century. An illustration of the transition from 2D to 3D during those years would have helped visitors to understand how games evolved. This change was revolutionary in terms of their language and involved a different way of perceiving the environment when playing. It gave rise to new mechanics and new controls that change the way we interact.

Today, the indie sector is much more important and Gameplay shows us and lets us play with its different approaches, which go beyond conventions and open up range of topics. Thus, Dys4ia, developed by Anna Anthropy, gives us a personal look at an author who uses video games as an autobiographical narrative medium, where we can explore experiences about her gender change. We also find beautiful and different artistic approaches in Monument Valley 2, by Ustwo Games, and Limbo, by Playdead.

Gameplay does not get around the pros and cons of the great video game boom. Games have a wide presence on many different levels in our lives: platforms have been diversified, the consumer audience has expanded, and games have a significant economic impact globally. A space is dedicated to serious games, such as Lands of Fog, which promotes positive social and collaborative behaviour in children with autism spectrum disorder (ASD). There are also e-sports that professionalise video games and have a growing business in the industry.

Travelling through the different levels of the exhibition, we get to know the history of the Catalan video game sector and see a selection of different projects closely linked to the itinerary. For example, we find a showcase with valuable sketches, drafts and notes on the creative process of Catalan video games like Gris [Grey], by Nomada Studio. Even so, there is much more content produced in Catalonia to explore and display. It would be worthwhile to devote more space or even prepare a specific exhibition on the Catalan sector.

Lourdes Nicolich holds a Bachelor’s Degree in Fine Arts from the University of Barcelona (UB), and she specialized in videogames with a Master’s Degree in Design, Animation and Digital Art from the Polytechnic University of Catalonia (UPC). Currently, she is a professor at the School of New Interactive Technologies (ENTI).