Food for a good life 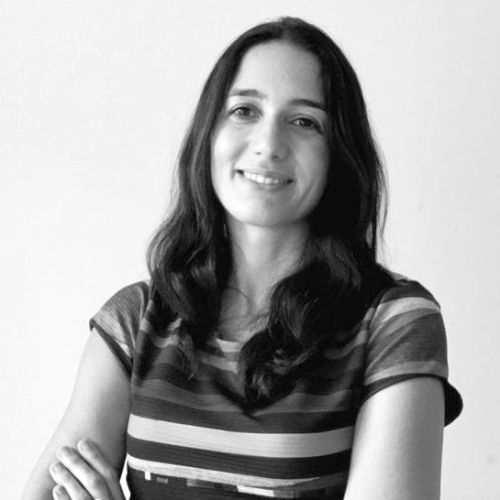 Today’s food system – the way we produce, process, distribute, sell and consume food and manage its waste – spawns disease, inequality and poverty, and harms the ecological base of the planet. In Barcelona there are neighbourhoods in which 23% of the population suffer from food insecurity, that is, lack of access to adequate food. Therefore, it is not only a matter of feeding the population, but also about guaranteeing their right to sustainable food.

Approximately three billion people in the world are estimated to suffer from some form of malnutrition, of which more than 820 million are going hungry, a number that is on the rise. On a global scale, 21.9% of girls and boys suffer from stunted growth on account of their diet, while rates of obesity and overweight have reached record levels, affecting 38.9% of the adult population. The prevalence of obesity and overweight increases in populations in precarious socio-economic situations; for instance, 65.2% of Barcelona’s residents on a very low income suffer from over weight, as well as 70.2% of Barcelona’s uneducated female population. This cost is personal but also collective: the direct cost of treating overweight people in Spain is estimated to amount to 1,950 million euros per year.

Different studies point to a clear trend: lack of resources leads to a change of diet, by substituting nutritious foods, like fruit and vegetables, with high-calorie cheap foods. The difference in cost between a healthy diet and an inadequate one in Spain may imply a difference of more than 100 euros per week. It is not surprising that, in cities like Barcelona, there are neighbourhoods in which 23% of the population suffers from food insecurity, that is, lack of access to adequate food.

A considerable proportion of the jobs within the agri-food chain are precarious and unstable, and imply long hours and low salaries.

At the same time, not only is the food system essential for sustaining human life, but it is also crucial to our economy. Spanish households’ food spending comes to over 105 billion euros a year, of which one third takes places outside the home. The agri-food industry is the leading industrial sector in Europe and, in Spain, 14.1% of the working population is employed in the agricultural sector and related services, such as industry, transport and the distribution of agri-food products. However, the economic benefits of the food system are disproportionately concentrated in a number of specific links in this chain at the expense of others, such as the agricultural production sector or small businesses. The consequences are clearly observed: between 1999 and 2009, 23.2% of agricultural holdings in Spain disappeared and, although between 2009 and 2016 the trend was less pronounced, the equivalent of seventeen agricultural holdings per day disappeared. In contrast, it is estimated that ten food traders manage 90% of world transport, ten companies are responsible for 90% of food processing and 30% of sales (distribution) is controlled by ten corporations. Against this backdrop of growing concentration, it is important to encourage diversity and the establishment of fairer relations in the food system, including labour relations, since a considerable proportion of the jobs within the agri-food chain are precarious and unstable, and imply long hours and low salaries, jobs such as waiter/waitress, food delivery person or fruit picker.

The planet and its limited resources are also under pressure due to our diets and the intensive production model that provides us with food. The food system is a key part of the current climate emergency situation, since it produces one third of the total greenhouse gas emissions. Today, 33.1% of the world’s fisheries are being utilised above their sustainable levels, and in the case of the Mediterranean, the most overexploited sea in the world, this figure rises to more than 62%. It is estimated that 70% of all the water that is extracted from aquifers, rivers and lakes is used in agriculture, often overexploiting these resources.

The agricultural sector is partly responsible for water and soil pollution via nitrates, phosphorus, pesticides and pathogens, and these polluting processes are especially exacerbated by the intensification of livestock production. In fact, intensive agricultural practices have contributed significantly to soil degradation and the destruction of natural habitats, as well as to the reduction of the planet’s biodiversity and to the processes of mass species extinction. The United Nations’ Food and Agriculture Organisation (FAO) estimates that roughly 75% of the genetic diversity of agricultural crops was lost during the 20th century. More and more voices advocate for a transformation of these agricultural practices towards more sustainable methods that regenerate our limited resources and ecosystems, such as agroecology. The impact of how we eat, however, does not end on farms or on our tables; on top of that, we waste about one third of the food produced for human consumption, approximately 1,300 million tonnes per year, the equivalent to the yield of 28% of the world’s agricultural area.

As these data reveal, socioeconomic, political, environmental and health impacts are related, which therefore calls for a fully-fledged overhaul of the food system.

The impact of how we eat, however, does not end on farms or on our tables; on top of that, we waste about one third of the food produced for human consumption. 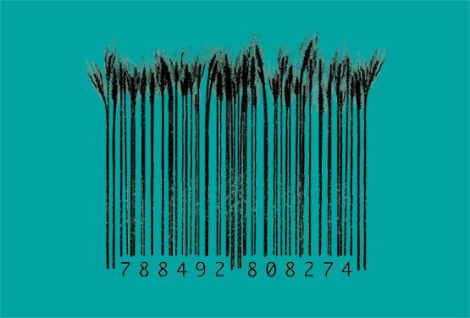 Many people and groups have considered these issues for a long time, rolling out new paradigms and proposals with the aim of creating food systems that nurture healthy, egalitarian, democratic and environmentally sustainable societies. These proposals include the recognition of the right to sustainable food for all, that is, the right of everyone to feed themselves with dignity and with food that benefits people’s health, territories and the planet, either by producing their food or by purchasing it. Sustainable food is committed to local, seasonal and environmentally-friendly products, such as agroecological, organic and sustainable fishing products, and to the reduction of food waste and packaging. Furthermore, it fosters healthy diets for people and the planet, based on fresh food, avoiding ultra-processed foods and promoting less and better meat consumption.

Sustainable food is also based on fair relationships within the agri-food chain, in employment terms, but also when it comes to setting prices and forging relationships with other countries where much of our food comes from. This approach to eating promotes and celebrates diversity on our farms, on our tables and in our communities, in opposition to the homogenisation of diets and our food environments. The urban and rural space where we live – our homes, streets, schools, workplaces and digital environments – must provide us with sustainable food. This calls for an overhaul of the food system alongside one and all and for one and all, engaging the most vulnerable and invisible social groups in particular, and therefore incorporating a perspective based on gender, class, ethnicity and race that allows those most affected by this system to be put at the heart of decision-making. The political vision of food and the recognition of the right to decide on our food system have been promoted for decades under the concept of food sovereignty by the world’s largest social movement, which brings together 200 million farmers in 81 countries: La Via Campesina. According to this movement, food sovereignty is “the right of peoples to healthy and culturally appropriate food produced through ecologically sound and sustainable methods, and their right to define their own food and agriculture systems. It develops a model of small scale sustainable production benefiting communities and their environment.”[1]

These approaches propose a radical change to the role of food in our societies, which evolves from being a commodity with which to yield economic profits to constituting a right to guarantee and a vehicle to generate health, social justice, prosperity, and regenerate our resources and ecosystems, that is, a common good to be managed collectively. This change in perspective recognises people as citizens and not only as consumers who “vote” via their shopping cart and their purchasing power, but also actively engage in deciding how we eat, taking part throughout the process from farm to table.

[1] To see the definition of food sovereignty and its origin: https://viacampesina.org/en/international-peasants-voice/

With the food sovereignty model, the food goes from being a commodity with which to obtain economic benefits a constitute a right that must be guaranteed to all the citizens.

Setting this major transformation in motion and reappropriating the food system for and by citizens calls for systemic, inclusive and, above all, bold public policies. Firstly, changing our diet requires a holistic perspective that includes the different links in the agri-food chain from farm to table, and also from the various areas related to food, such as the economy, health, education, social services and land-use planning. Only by understanding the connections between these elements and involving the agents working in these spaces at the community, local, regional, national and international levels, will we be able to design actions of benefit to people, territories and the planet.

Secondly, inclusive policies need to be developed that recognise the diversity of situations that exist in the food system. When we want to make changes to the food system that promote social justice, we must consider the economic aspects related to material redistribution, for instance, having the resources that allow us to access sustainable food. But the social and cultural dimension of justice must also be acknowledged, which allows us to highlight that not all people are the same.

There are more and more initiatives for participatory policymaking, from food councils to community representatives.

Policies that seek inclusion and equity also call for the application of the political dimension of justice, that is, people’s effective participation in the design and development of plans and programmes. Citizen participation is especially relevant due to the volume of business represented by the agri-food chain and its associated capacity to influence decision-making arenas. In this regard, there are studies that show how conflicts of interest have hindered the implementation of public policies and recommendations to move towards more sustainable food. There are more and more initiatives for participatory policymaking, from food councils to community representatives. If we want to adopt measures that foster social justice, the principle that “nothing about us without us is for us” must be applied.

Lastly, we need bold public policies that name problems, identify their origin and make a resolute commitment to implementing solutions. There is ample evidence that clearly defines the environmental, social, health and democratic challenges related to food, as outlined in this article, and there are also solutions that have been proven effective, from agroecology to the establishment of sustainable school canteens. The time has therefore come for resolute action. Let’s dare to answer the “fundamental” question of what our food system would be like if we put people and the planet we depend on at the heart of our decisions. Let’s feed and nurture a good life, for today and for future generations.