How spirituality became intertwined with health 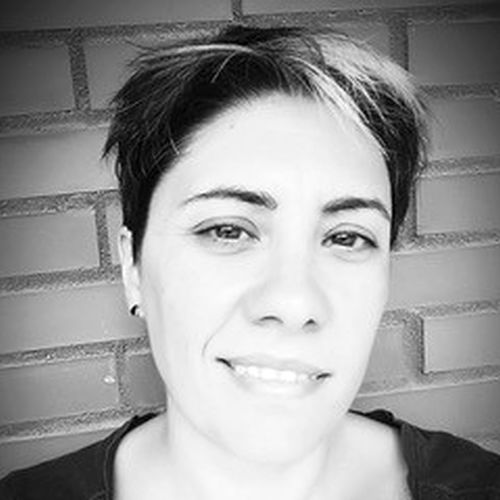 Mónica Cornejo Valle holds a PhD in Social and Cultural Anthropology and lectures at the Complutense University of Madrid, where she directs the Anthropology, Diversity and Integration Research Group.

While medieval theologies considered body torture as an optimal means for spiritual growth, today contemporary spirituality has progressively incorporated values such as health, well-being, happiness and personal growth. Secularisation and the hegemony of medicine have increased the health aspect of spirituality.

Mortification or asceticism has not yet disappeared from religious practices, but the fact is that there is already an unquestionable convergence with medicine, psychology and self-help that has completely changed the landscape. Today it is not uncommon for health centres to recommend that we practise yoga or meditation. Nor is it unusual for different spiritual specialists to call themselves healers. What’s more, it is even common to find a Buddha in the middle of a cosmetics store or on the wall of a beauty salon. Together, they are expressions of the successful convergence between health and spirituality that has been steadily forged throughout the 20th century and, against this backdrop, one of the most interesting questions is: how did we get from mortification to cosmetics?

As surprising as it may seem, secularisation and the hegemony of medicine have played a crucial role in the rise of the health aspect of spirituality. Medical literature began to seriously address spirituality as a health factor at least since the Journal of Religion and Health began to be published in 1961 (published by Springer). However, the beginning of the 21st century, after an unexpected rise in Christian healers in the 1990s, already witnessed a sudden growth in medical research and literature on spirituality. Before the year 2000, there were more than a thousand research studies with published findings that performed a quantitative analysis of the associations between religion/spirituality on the one hand and health on the other. But by mid-2010, there were already at least two thousand more quantitative studies that have resulted in some three thousand original empirical research reports on the association between religion/spirituality and mental health, physical health, and the use of social services, as reported in Oxford University’s Handbook of Religion and Health (Koenig, King and Carson, 2012). The studies address both physical and mental health, and all reveal a similar finding: spirituality seems to exert positive effects on health and, incidentally, individuals who lack religious motivations are less motivated to look after their health.

These claims are not without controversy of all sorts and, in fact, as professor and writer Jeff Levin pointed out in 2009 in the Journal of Religion and Health, research came to a standstill on account of the open confrontation between two radicalised positions. On the one hand, staunch defenders of the biomedical model seem determined to persecute every way of understanding the human body other than their own, which includes not researching other beliefs and therapies. And, on the other hand, the supporters of a holistic and spiritual medicine accuse the biomedical model of being arrogant, and of showing a certain overconfidence as regards the outcomes of holistic and spiritual therapies. Apart from that, some theologians have also expressed concern over the possible instrumentalisation of religion for non-spiritual purposes, such as the maintenance or improvement of health, as indicated by Joel J. Shuman and Keith G. Meador (Heal Thyself: Spirituality, Medicine, and the Distortion of Christianity, 2003), worried about the secularisation of religious resources. Admittedly, many techniques such as yoga or meditation, and also some based on energy (such as Reiki), are considered by many to be mere body techniques, not necessarily connected with religious beliefs or supernatural matters. But the influence of secularisation does not stop here.

Some theologians have expressed concern over the possible instrumentalisation of religion for non-spiritual purposes, such as maintaining or improving health.

Another important point in the health turn taken by contemporary spirituality is that spirituality today has a certain secular aspect, to the extent that atheists have spiritual practices and, therefore, spirituality as an instrument of health is available to everyone, with no doctrines or commitments. This can be seen in the limited but significant statistics available on the use of spiritually inspired therapies in Spain. According to data from the CIS [Spanish Centre for Sociological Research] for 2018, a substantial 45.6% of those who practise meditation do not belong to any religious denomination, and it is surprising that there are more atheists than Catholics practising meditation (9.4% of atheists and 8.4% of Catholics). Does this make sense? It does, because health and spirituality have shaken hands, but also because secularism and spiritualism have a little-known connection that has made things easier.

The union of secularism and spiritualism emerged in the late 19th century, critically opposing anything “religious”, the church and, especially, the alliances between church and state. In this regard, also striking is the esoteric sensitivity of some of the most prominent leaders of free thought, such as the agnostic George J. Holyoake (known precisely for having coined the term secularism) or the atheist founder of the United Kingdom’s National Secular Society, Charles Bradlaugh, or also his partner in the secularist project Annie Besant, in turn president of the Theosophical Society. Also the father of contemporary occultism, Éliphas Lévi Zahed (pseudonym of Alphonse Louis Constant), stood out professionally as a left-wing journalist and disseminator of anarchism, his book The Doctrine and Ritual of High Magic being a landmark of intellectual heterodoxy, as well as a solid exponent of the belief in a single universal spirituality repressed by the miseries of institutionalised religions. One effect of this connection is the idea of spirituality as something not necessarily religious that is experienced as another dimension of the individual human being. 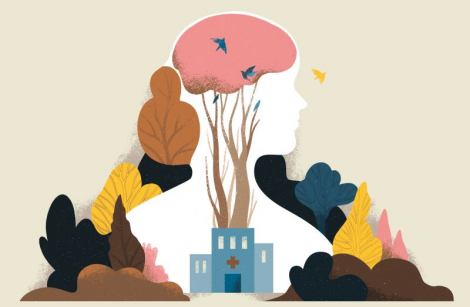 According to data from the CIS [Spanish Centre for Sociological Research] for 2018, almost half of those who practise meditation do not belong to any religious denomination.

It was in the 1960s when health and that idea of an individual spirituality (not necessarily religious) would converge thanks to the humanist revolution in psychology and, in particular, to the so-called Human Potential Movement. Perhaps the greatest legacy of humanism bequeathed to contemporary culture is therapy’s shift from mental illness to mental health and emotional well-being. That shift had already begun in medicine and had become formal, although not without controversy, when in 1948 the World Health Organization changed its view of health understood as the absence of disease to health understood as “physical, mental and social well-being”, recognising early on the crucial importance of subjective experience in the definition of health. To the extent that this subjective dimension is acknowledged as a fundamental aspect of health as a lived experience (and not only as the state of the body), the evolution of humanism in psychology could add individual spirituality to the landscape and the possibilities of human health.

The foremost theoretical contribution of the Human Potential Movement was the concept of “self-realisation”, based on the premise that the human being will be wholly fulfilled when they can engage in cultivating spirituality.

The Human Potential Movement was inspired by authors such as Aldous Huxley, Alan Watts and Carl Jung, and mixed groups, individuals, ideologies and techniques of natures as different as Zen and transactional analysis, Scientology and Reiki or transcendental meditation and gestalt. Abraham Maslow, Roberto Assagioli and Fritz Perls are usually considered the pioneers of this movement, who took it upon themselves to transform the world and consciousness that would leave the psychology, religion and morals of the 1950s behind, portrayed by the psychiatrist and psychoanalyst Wilhelm Reich in 1968 as the cause of neuroses, psychosomatic disorders and socio-political problems such as fascism. Its foremost theoretical contribution, among many others, was the concept of “self-realisation”, based on the premise that, having met their material and emotional needs, the human being will be wholly fulfilled and will be a master of themselves when they can engage in cultivating spirituality.

To accomplish what Wouter J. Hanegraaff called “the psychologisation of spirituality” (in his book New Age Religion and Western Culture, 1998), they not only put spirituality on the agenda of psychological therapy, but they domesticated, secularised and restructured oriental influence, another of their key influences. At the Esalen Institute, an iconic centre of the Human Potential Movement, meditation began to be used as a complementary technique and they experimented with their groups, taking meditation out of the religious sphere and placing it at the service of daily Western routines and material well-being. A good example of this convergence is reflected especially in the doctrine of Osho (alias of the guru Bhagwan Shree Rajneesh), who received some members of the movement in his ashram in India and among whose multiple techniques is a spiritual version of Wilhelm Reich’s catharsis (active meditation).

There are countless books, videos, memes and advertising pointers that link not only well-being but different forms of pleasure with spirituality understood as personal growth and self-care.

Finally, it would be self-help literature that was to popularise, extend and consolidate the values and practices of therapeutic spirituality. On the basis of medical preventionism, which spread as of the mid-1980s advocating disease prevention as a value as opposed to curing, the dissemination of healthy lifestyles permanently incorporated the ideology of well-being as a cultural value on the rise and ended up being associated with contemporary ways of understanding spirituality as a practice of therapeutic value. Although St. John of the Cross would condemn the association of spirituality and well-being (“The road and ascent to God, then, necessarily demands a habitual effort to renounce and mortify the appetites”, claimed the mystic), today there are countless books, videos, memes and advertising pointers that link not only well-being but different forms of pleasure with spirituality understood as personal growth and self-care. Perhaps surprisingly, that would not have happened without the hegemony of medicine, secularisation and humanism, three of the most significant rivals of institutional religion, which unexpectedly became allies of less conventional spiritualities.

Mónica Cornejo Valle holds a PhD in Social and Cultural Anthropology and lectures at the Complutense University of Madrid, where she directs the Anthropology, Diversity and Integration Research Group.