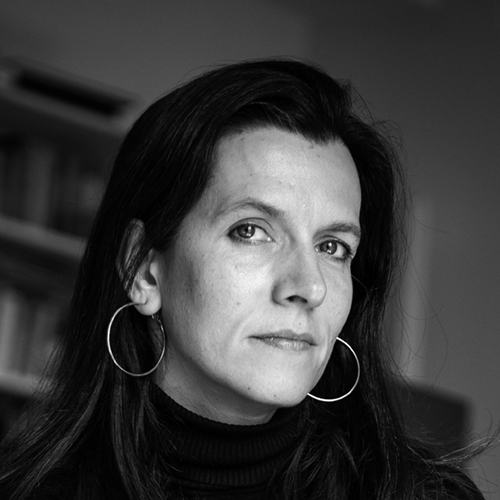 Carlota Gurt Daví (Barcelona, ​​1976) is a translator and writer, and has been a tireless student.

Gone with the wind. It was blowing fiercely there. It was a wind that didn’t come from any cardinal point, it fell perpendicularly from the sky and smashed you against the ground. On days when it was more blustery, you couldn’t lift your head, and if you looked up, you ran the risk of getting your neck broken. It was the Ai wind, as they called it, and from saying it so much the words had come together in marriage – until death do you part –, and it was always just the vendelai, the remote past indicative of a non-existent Italian verb: vendelare.

The reason why the vertical wind only existed in that place was something that nobody knew. Perhaps because it was a land found at the extreme of everything, exposed to all the elements.

It slipped down the first hole it could find – temerarious ears exposed, a yawn let out at the wrong time – and then you couldn’t shake it off. People hung themselves, killed themselves, began to fuck in the middle of the square with fluorescent cocks, women who drank until they dropped dead and men who blubbered until their tear ducts dried up. Everyone shut themselves away indoors, except for little ones and animals, who were unaffected by the gusts that barrelled through like a wave.

“So, on the days when the wind tap was turned on, the streets were filled with kids and animals. A hunchbacked world was born, controlled by shortened people.”

So, on the days when the wind tap was turned on, the streets were filled with kids and animals. A hunchbacked world was born, controlled by shortened people. Little men and women making life work. Everything took on a ridiculous side with those little voices asking for the sports newspaper or ten thin slices of pork loin to dip in batter. The shopkeepers’ children served everyone, enemies too: the girl whose favourite sticker had been torn, the boy who had been tripped. And, meanwhile, the grown-ups were confined behind tightly closed shutters; the vendelai was fucked up, it got everywhere.

The poet lived on that plain. On Sundays he would sell verses in the square, in the place that the town council had assigned to him: between the tomato stall and the chicken stall lady, and sometimes he would even write poems about coq au vin and squashed tomatoes to encourage people to buy out of sympathy. But people were not in the mood for nonsense; everyone wanted filling words, protein verses, and even on good days he didn’t sell more than two or three hundred grams.

There were those who grumbled: how can a heptasyllable weigh more than an alexandrine; a haiku, more than a sonnet? And, patiently, he explained to them again that the magnitude of the verses did not depend on the number of letters. He would tell them: stupid weighs more than brainless, listen, and he repeated them faster and faster, like a locomotive starting up: stupid-brainless-stupid-brainless-stupid-brainless. Can’t you feel how heavy the u is, and how slender the le is? And people shook their heads and walked away with their baskets laden with vegetables and words.

The chicken lady sometimes bought poetry from him. Out of pity. Then she would throw it away without even looking at it. She would say: “One hundred grams, but you choose it for me, I don’t feel like digging around.” The poetaster gave her a little packet of the poetry he made, wrapped in tissue paper – everyone thought: “The paper is worth more than the words” – and she paid him with half a dozen eggs.

Until one spring morning – pink buds in the apple trees and fields of raging chlorophyll – treacherously arrived. The market was bursting at the seams and, out of the blue, the wind dropped on them like a stone. They all scurried home, downcast, covering their ears with their hands and squealing with their eyes, so as not to open their mouths and let it in. The ragged awnings billowed; abandoned baskets, stalls turned upside down by the stampede, and a rocking horse with a broken rocker. The notes of the musician’s stall escaped upwards, released, also tragic. An orphan orange rolled towards the fountain. The vendelai swallowed it all up, like a symphony. 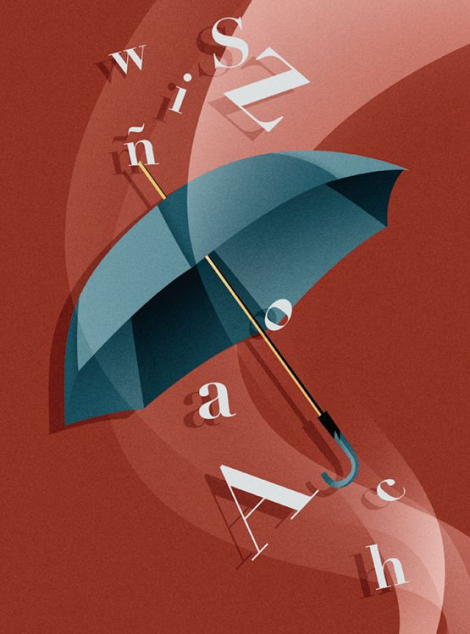 The poet, paralysed, clung to the verses so that they wouldn’t fly away. They were all he had. His faith. He must be terrified. Or on the contrary: perhaps he felt elated because, now that he had stopped running away from things that were not visible, he was filled with that unbridled pride of making a stand when you still believe only in victory. He opened his mouth to gorge on the wind. In one corner, a white trickle leaked from a milk churn onto the dark earth. Watering the trees with milk and harvesting cheeses with pips in late summer, he thought.

Children began to take over the town. They had been sent to collect the remains of the mass escape. They ran among the remnants of the market with their hair and clothes dishevelled, against the wind, letting out all the screams that they had hoarded up and that had always been tied with the string of good manners. Girl, don’t scream. Broken laces. And the laughter, too. The doors of delirium flung open. Some formed a circle in a corner and stared at the poet between sadistic mumbles. They could have pulled the hairs out of his balls one by one, little by little. He, standing on his box, was imitating a statue about to recite. Grown-up eyes watched him through the windows. With fear, with envy, with disgust.

They saw him pick up the junk, swollen with the wind, and leave. Now it weighs on them.

In the city he opened a verse shop on a ground floor of a building in a neighbourhood with the streets full of promises: Freedom, Progress, Fraternity. Danger. Business wasn’t great either, but at least the gram didn’t sell for less than sixty euros.

It was never windy there. Never. But its residents dreamed of gales that would obliterate everything. They dreamed.

Carlota Gurt Daví (Barcelona, ​​1976) is a translator and writer, and has been a tireless student.