Moving towards a city that cares for us 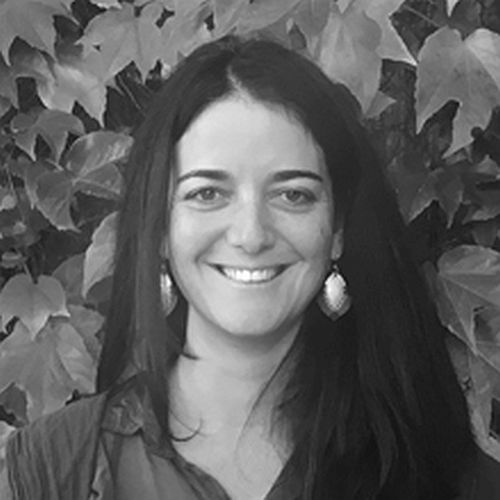 Architect and holder of a Master’s in Architecture, Energy and Environment. She is a founding member of the cooperative Cíclica [space · community · ecology], where she coordinates projects that seek to tackle the challenges of climate change with resilient urban models from the perspective of ecology and social equity.

The health crisis brought on by the pandemic, with the extreme experience of lockdown, has made us see that human habitability is not resolved within the limits of housing, but extends to outdoor spaces. City dwellers blame the nature deficit. Climate change, the loss of biodiversity and over-urbanisation of the land have led us to feel this devastating social and cultural shock. This alarm should bring us to rethink the city and to forge a more balanced relationship with the land.

From the shortage of nature to the sentiment de la nature

The fragrance of gardens, the swoosh of water in the ditches irrigating the vegetable gardens, the shade of the tree’s canopy on squares and boulevards, the coolness of the breeze whipped up in parks whose size cuts walkers off from the din of the city, the lushness of biodiversity on the banks of a river or the air we breathe in a forest are examples of life’s recesses in contact with the cycles of nature that make cities more liveable. The current health crisis triggered by the COVID-19 pandemic, with the extreme experience of lockdown and ramifications such as the so-called nature-deficit syndrome, have shown how human habitability is not resolved within the limits of housing, but extends to outdoor spaces where we meet several of our essential needs, a defining trait of Mediterranean culture. The lifting of the lockdown measures has highlighted the human need for contact with nature, the so-called sentiment de la nature advocated by the anarchist geographer Élisée Reclus.

Ecofeminism[1] links two key concepts to understand this sentiment de la nature in relation to the present time: ecodependence and interdependence. The first, ecodependence, focuses on how people, as living things, depend on natural ecosystems to meet our basic essential needs: air to breathe, water to drink and cook, and, needless to say, food, overturning the anthropocentric belief that the human species is superior and prevails over ecosystems and considering us to be a vulnerable species. The second term, interdependence, explains how, as vulnerable beings, we need to receive exhaustive care from others during a number of life stages (e.g. when we are born), but also the rest of the time, as we need face-to-face contact and social interactions, both for physical care and emotional health. These two concepts highlight the social dimension of the environmental crisis, the need to care for the environment and taking equity and social justice into consideration. We are equipped with an instrumental urban space to tackle this challenge: green infrastructure.

[1] With references such as Vandana Shiva in the global arena or Yayo Herrero in our territorial context.

Green infrastructure[2] includes things from plant-covered roofs to river corridors, and in between gardens, squares, city parks, avenues and a whole host of open spaces that allow us to understand the relationship of the urban habitat with the rest of the land as an eco-region with trans-scalar dynamics. These elements have structured cities in all civilisations, since the management and the supply of water, food production, air regeneration, as well as recreation in contact with nature have facilitated urban life in them. Climate change and the environmental crisis pose a structural challenge today, which inevitably brings a paradigm shift in the human interface with natural systems, i.e. in social metabolism – the resource management model that human society establishes with the environment –, highlighting the need to critically review the current role of this green infrastructure in order to develop proposals that will allow its decisive role to be reasserted.

The paradigm shift poses a major challenge that calls for benchmark models, and heritage plays a key role in this regard. The historic city ensured the habitability of traditional societies supported by an organic-based[3] production system and that based its activity on maintaining the environment’s productive capacity in equilibrium with it. Through physical work and thanks to solar energy and water management by gravity, they grew food, processed products and reused waste to maintain soil productivity, as they were organic – assimilable by the environment – according to a functional model of symbiotic relationships with the environment, the mimesis of natural ecosystems. This holistic understanding of habitat was linked to a set of social and cultural knowledge and practices related to land management.

The crisis of the current model

This model was overhauled with the industrial revolution, which allowed the systematic extraction of material and energy resources from the lithosphere. Today’s capitalist industrial society generates serious consequences for the environment, both on account of on-going resource extraction and the persistent spread of polluting waste, establishing a linear social metabolism with adverse and alarming impacts, both locally and globally. The growth of production has also led to the explosion of cities since the 20th century, in which the role of urban green areas has been heavily transformed, relegated to a consumptive second place and suffering the considerable physical and environmental degradation resulting from the imbalance caused by urban growth and its polluting processes.

Urban planning as an institutional practice and body of laws is based on organising and regulating urban growth from an urban-centric perspective, but it is not equipped to tackle the current metabolic challenges through urban regeneration. The environmental crisis, manifested in its starkest terms in global warming, but also in its manifold consequences or parallel processes, mainly affects the metabolic vectors that are decisive for life: the water cycle, food with the organic matter cycle and air quality. These facts highlight the need to critically review the current role of green infrastructure to develop proposals that allow its structural role in the city to be reasserted.

Changes in climate variables in relation to the water cycle, such as the fall in precipitation and alterations in rainfall regimes, generate impacts such as erosive processes or the higher frequency of floods,[4] which calls for rethinking management of the water cycle in its entirety, both from the systems of capture and supply and management of runoff and infiltration to treatment at the river basin scale. Climate variables also result in biophysical variables that decrease water availability, increase water needs for irrigation, reduce river and stream flows and the length of snowfall periods. All of this adds to the deterioration of river systems triggered by urban growth, soil sealing that alters the natural water cycle or the vulnerability of coastal systems.

[2] Green Infrastructure can be broadly defined as a strategically planned network of high quality natural and semi-natural areas with other environmental features, which is designed and managed to deliver a wide range of ecosystem services and protect biodiversity in both rural and urban settings. More specifically GI, being a spatial structure providing benefits from nature to people, aims to enhance nature’s ability to deliver multiple valuable ecosystem goods and services, such as clean air or water, and food. (Building a Green Infrastructure for Europe, European Commission, 2014).

[3] Wrigley, E. A. People, Cities and Wealth: The Transformation of Traditional Society, Blackwell, 1987.

[4] We have been able to witness the effects in the wake of the recent Storm Gloria and its impact on particularly vulnerable areas such as the Ebro Delta.

The agricultural land that occupied almost 30% of the surface of the Metropolitan Area of Barcelona in the mid-20th century dropped to 8% in 2015.

In terms of organic matter, a rise in the loss of biodiversity, a fall in the production of wood and other forest products, as well as an increase in the risk of fires are expected. As regards food, the agricultural land that occupied almost 30% of the surface of the Metropolitan Area of Barcelona in the mid-20th century dropped to 8% in 2015,[5] a situation of tremendous concern due to the loss of sovereignty and food traceability, as food is already responsible for 37% of global greenhouse gas emissions.[6] Just as we talk about energy poverty to explain the phenomenon of households in poverty and with difficulties in affording the cost of energy,[7] we can also talk about food poverty when vulnerable households cannot source quality fresh food, which is paradoxical since they mostly occupy city outskirts with a high potential for production.

[6] If we take all the processes into account from its production, processing, transport and distribution according to the report of the Intergovernmental Panel on Climate Change (IPCC) Climate Change and Land, 2019.

[7] The health risks of energy poverty, especially respiratory diseases, as well as the health risks associated with food poverty should be highlighted.

This urban model change must be accompanied by a new story, a new perspective on the so-called undevelopable land and the green infrastructure that connects it to the city.

Towards a new paradigm

These peri-urban areas, with the rest of green infrastructure, are precisely areas of opportunity to meet the needs for adaptation to climate change and the current crisis due to their potential for self-sufficiency. This change must be accompanied by a new story, a new perspective on the so-called undevelopable land and the green infrastructure that connects it to the city. It is imperative to understand the biosphere processes of natural ecosystems that, like waterways, can promote the necessary metabolic, social and cultural reconnection of the city with its land.[8] There are already models of cities that in crisis situations have prioritised the food vector within urban planning, from the models of closing the cycle of organic matter put forward by Leberecht Migge for the city of Frankfurt[9] in the interwar period, to the well-known urban vegetable gardens in Havana, to the replanning of Detroit to revive the economy in the wake of the post-industrial crisis and to solve the resulting social and food desert problems. Meanwhile, cities such as Vitoria and Portland are examples of cities that integrated the water vector in their comprehensive planning at the river basin scale and in urban soil sealing to facilitate water management.

Disasters like the current pandemic do not bring about urban change in themselves, but they can speed up the envisioned transformations, becoming opportunities for evolution towards this necessary new paradigm. Now we need to transform this model of coexistence and culture of relations between the city and the land, orienting the demand for resources to the limited supply offered to us, understanding the positive role that human action can also play if it can read its dynamics. The city is the artefact of the highest metabolic concentration, where more people live, and it is them and their culture that generate certain living conditions. It is time to provide methodological tools and to build the story of urban regeneration necessary to enable a city that cares, both for the environment that gives life to us, and for us, the people that inhabit it.

Architect and holder of a Master’s in Architecture, Energy and Environment. She is a founding member of the cooperative Cíclica [space · community · ecology], where she coordinates projects that seek to tackle the challenges of climate change with resilient urban models from the perspective of ecology and social equity.