No small child without a quality educational environment 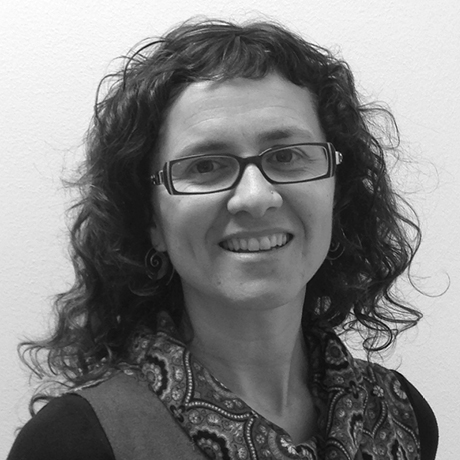 The head of the Institut Infància i Adolescència de Barcelona [Barcelona Institute for Children and Adolescents]. She joined as project manager in 2016 to promote initiatives like “BCN 0-17 Observatory”, on the lives and rights of children and adolescents, and “The Children Have Their Say: The Subjective Wellbeing of Children in Barcelona”.

A child crawling on the floor at the Aurora nursery school in the Ciutat Vella neighbourhood.
© Clara Soler

Schooling in the first few years of life has significant benefits for children, caretakers and society. In Barcelona, children under three who need it most, those belonging to vulnerable families, are enrolled the least. We need to expand its availability, make access to it more equitable and diversify it. This will prevent the stage from infancy to two years of age from being the first source of educational exclusion and from strengthening the cycle of social reproduction and poverty.

To grow up in an educational and caring environment from the first year and throughout life is a right guaranteed by various international conventions and treaties. It is also a premise on which there is widespread consensus. Yet not only is it a right (that all states should have been protecting for some time), but it is also a great opportunity, as it represents a mechanism for ensure more equal opportunities and one of the best strategies for reducing social inequalities. Early childhood education greatly benefits children from disadvantaged families, setting them on better educational paths and providing them with better employment opportunities in the future.

As reflected in the recent Save The Children report “Donde todo empieza” [Where Everything Begins] (2019), early childhood education is one of the most profitable investments because of its high social return. It is estimated that the social return is on the order of one to four, meaning that for every euro invested in young children, society gets back four.

Finally, it should be borne in mind that the availability of educational services for young children helps to improve gender equity due to the positive impact it has on the employability of mothers, because it increases birth rates and reduces the conflict between job expectations and the desire to form a family.

Schooling in the first years of life has significant benefits for children, for their caretakers and for society in general. However, despite this evidence, more than half the children in Barcelona are out of school by the age of three. Even worse, those who are enrolled the least are those who need it most: children from families in vulnerable situations.

In view of this situation and with the parallel emergence of new parenting initiatives in the city unaddressed by public services, the 2017-2018 Educational Opportunities Report identifies three challenges for the city to improve public provision of educational services for young children and encourage greater schooling.

Despite the sustained growth in room for children at preschools, less than half the children between infancy and age two are currently attending school (44 %) and only 54 % of the demand receives public coverage, so it is clear that one of the challenges is to increase supply. From 2006-2007, the demand for preschool has increased by 30 % (especially in higher-income districts), but allocations have only grown by 12 %, with large gaps between one area and another.

Recognition of early childhood as a stage of universal educational would guarantee its funding with the shared responsibility of the different public administrations. In all probability, it would be one of the most important steps for the government to finally cover all children between infancy and two years of age (around 40,000 in total).

Not only does there need to be more supply, but it needs to be more equitable. The native child schooling rate (52 %) is 3.5 times higher than the foreign rate (15 %).

Not only does there need to be more supply, but it needs to be more equitable. The native child schooling rate (52 %) is 3.5 times higher than the foreign rate (15 %), and the most disadvantaged districts of the city are where the schooling of infants happens the least (27 % in Ciutat Vella, 36 % in Nou Barris and Horta-Guinardó, far below the 57 % rate in Les Corts and Sarrià-Sant Gervasi). Therefore, equity must be a basic premise of the city’s education policy.

In this sense, it is worth noting the implementation of a social pricing system to promote the economic accessibility of families with less resources. Starting in the 2017-2018 academic year, this system has adjusted the price of each place based on the family’s income. Since the measure was introduced, the number of children attending preschool at more affordable rates has doubled (from 34 % to 65 %).

However, while the social pricing system greatly alleviates the cost of schooling for economically disadvantaged families, the fact that the total numbers of children in school have fallen in the two most disadvantaged districts of the city (−16.4 % in Ciutat Vella and −2.7 % in Nou Barris) indicates that in addition to the economic barriers, there are others that block the children’s access to early childhood educational services, which are shown to be so important in compensating for inequalities in education.

Therefore, in order to increase schooling at this stage, we must better identify the needs of families and outline the reasons for their low enrolment rates. At the same time, we must provide pre-enrolment support and information programmes on the benefits of schooling for children to try to encourage it.

Based on the understanding that there are other barriers in addition to the economic one, a third challenge for the city emerges that requires answers to the following questions: In which environments do children develop when they do not go to preschool? What needs do families have for the education and upbringing of children under three years of age? And most importantly, what support do families have for the educational support of infants and children at this key stage?

The proliferation of different projects for early childhood education and rearing outside the public sector and private preschools (up to 73 were identified in 2015) not only makes it clear that the city’s coverage is insufficient to meet demand, but also that it is not diversified in terms of format, that it is often rigid in terms of access and that it does not meet the various social needs or all educational sensitivities.

Family spaces can be a first-hand approach for families to embrace early childhood education and also encourage them to later enrol their children in preschool.

In this sense, we should highlight municipal family spaces (around 15 running in the city), which offer children a stable educational space for two days per week, with an adult in charge and guidance by education professionals. Apart from being a different kind of service than preschool, family spaces are a first-hand approach for families to embrace early childhood education and also encourage them to later enrol their children in preschool.

Also noteworthy is the “De 0 a 3” [From 0 to 3] programme, which brings together four children’s centres in the Eixample. These centres provide a place for families to meet and share parenting concerns and experiences, as well as a play and socialisation space for children. This local initiative is an example of the potential of harnessing the city’s network of civic centres, play centres and children’s centres as suitable places for child rearing, and particularly for facilitating community-based experiences that require quality spaces.

Finally, we must mention the pilot test at the Aurora preschool in the Ciutat Vella district, which apart from offering a socio-educational family space, is committed to hourly flexibility with two shifts (one in the morning and one in the afternoon) to better suit families’ everyday needs.

Despite the steady increase in public availability and the recent measures implemented in the city, the schooling of infants and young children is still at low and uneven levels.

It must be borne in mind that in other European countries, these diverse initiatives are structured and regulated in the context of what is available in the public and private sectors. As such, the authorities should establish conditions of quality and equity so they are also accessible to the most vulnerable young children. The authorities should also evaluate the types of support (recognition, regulation, space allocation, etc.) that may be appropriate.

In short, despite the steady increase in public availability and the recent measures implemented in the city, the schooling of infants and young children is still at low and uneven levels. We must therefore keep increasing the supply and, above all, diversify it. In addition, in order to do well, we need to improve our understanding of the different social realities and needs of families across the city, of the contexts in which children under three years of age are being raised out of school and of what families need to enrol them in school. Only in this way can we attract and better accommodate those who are missing and begin to break the cycle of educational inequalities in early childhood.

The correct title for this article is “No young child without a quality educational environment”. The title given in the print version of the journal is incorrect.

The head of the Institut Infància i Adolescència de Barcelona [Barcelona Institute for Children and Adolescents]. She joined as project manager in 2016 to promote initiatives like “BCN 0-17 Observatory”, on the lives and rights of children and adolescents, and “The Children Have Their Say: The Subjective Wellbeing of Children in Barcelona”.