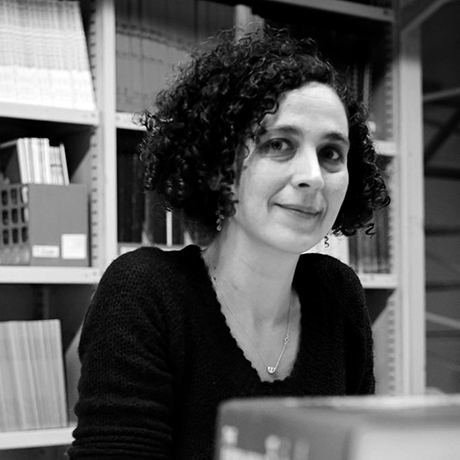 The expectation of zero immigration in an increasingly globalized and unequal world is what gives the impression of growing migration. These expectations also cause us to see migratory crises where there are none, or to conclude that our immigration policies don’t work.

Just as borders are accepted as an inevitable part of our reality, it seems increasingly difficult to imagine a migration policy that doesn’t involve an unyielding defence of the territorial sovereignty of states and increasingly exclusionary citizens. As happens with economic policy, discrepancy with the security-based arguments of the far right seems to have been reduced to simple symbolic gestures or subtle nuance. In this context of hegemonic ideologies with little opposition, it’s worth wondering whether cities can provide an alternative.

Migration is on everyone’s mind. The images the media shows us on a daily basis conjure up a world in constant movement where people travel from South to North, from Africa to Europe or from Latin America to the United States. These images define our way of understanding the world, but don’t necessarily correspond with reality. According to Hein de Haas, we aren’t living at a time of unprecedented migration: although the number of international migrants grew from 93 million in 1960 to 244 million in 2015, this is proportionate to the growth in our global population; migrants continue to make up 3% of the world’s inhabitants. The numbers also indicate that movements are mostly from South to South: 86% of refugees live in neighbouring countries.

Why, then, has migration become one of contemporary society’s greatest challenges? Because the pairing of globalization and borders involves an inherent contradiction. As markets are liberalized, goods travel freely and more rapidly. So do ideas, desires and life expectations. In the words of Ivan Krastev, globalization and new technologies have made the world a village. People no longer compare their lives with those of their neighbours; they compare them with those of the inhabitants of the richest countries. Meanwhile, we live in a world where borders have become a normal and unquestionable part of the landscape. Although new forms of transportation allow us to travel anywhere in the world in just a few hours, borders immobilize most of the planet's inhabitants. Not only do they impede their arrival, but also their departure. These borders aren’t just made up of walls, fences and barbed wire, or of increasingly deadly seas and deserts. The most effective borders are made of paper and are embodied by the visa.

As a result, the expectation of zero immigration in an increasingly globalized and unequal world is what gives the impression of growing migration. These expectations also cause us to see migratory crises where there are none, or to conclude that our immigration policies don’t work. This strengthens political proposals that promise easy solutions to difficult problems—not just from far-right populist parties, but increasingly from traditional parties across the ideological spectrum. In this context, cities are key. Most migrants, be they internal or international, arrive in cities. They live, work and interact in cities. Cities also bear the brunt of poorly managed immigration, borders imposed implacably on those who are already there, and xenophobic arguments that convert exclusion into social division and social division into conflict.

From policies to politics

Although cities have no jurisdiction over migratory policy, they’ve never been passive subjects. For years, academic texts have referred to a “local shift in policies on integration.” Multiple authors have noted that cities have become key players; this is because of globalization and the reduced importance of the nation-state, but especially because of administrative decentralization. These same studies characterize local policy as inherently more inclusive, with a more bottom-up form of government and objectives that escape the politicization and symbolic debates found at a national level. While some cities use political/moral justifications, arguing that all city residents require a series of basic social rights, most cities justify more inclusive measures for eminently pragmatic reasons involving public health, public safety or social cohesion.

For many local administrations, incorporating everyone into the health system, knowing who lives in a city or avoiding irregular settlements or substandard housing is more important than border control or any claimed “struggle” against illegal immigration. While national governments promote increasingly exclusionary laws, local administrations tend to be more concerned about the implications of this exclusion for public health, for example regarding the spread of communicable diseases. Therefore, it’s no surprise that cities of all political stripes are coming up with specific measures to provide everyone with health coverage. Many local administrations are also offering some sort of shelter to vulnerable individuals without access to housing. In addition to the social rights of affected individuals, they prioritize the fight against substandard housing and irregular settlements over migratory control.

Beyond applying specific measures, in the last few years multiple cities have expressed their opposition to the policies of their respective states. They’ve done so with the policies they’ve applied, but they’ve also made it into a political question. This is an important distinction. The first to take this step were the self-proclaimed “sanctuary cities” of the United States and Canada. Since the 1980s, cities like San Francisco have opposed federal immigration policy. In practice, they’ve refused to persecute undocumented immigrants. Symbolically, they’ve openly welcomed these individuals. It’s estimated that over 500 cities and states in the US apply sanctuary policies. In the United Kingdom, starting in the mid-2000s, cities like Sheffield or Glasgow also proclaimed themselves sanctuary cities. More than a political stance against migratory policy, sanctuary cities in the United Kingdom invest in a welcoming culture and in providing more services to refuge seekers.

With the exception of the United Kingdom, until recently European cities managed their differences with their states more through policy than through politics. 2015, however, marked a turning point. The so-called refugee crisis, which was more of a crisis of policy and politics in the European Union than a crisis of numbers, drove Barcelona to create a network of “refugee cities”. This time, the confrontation was eminently political: the Barcelona City Council and Mayor Ada Colau criticized the European Union and its member states for their “shameful politics”, insisting that cities be allowed to play a greater role in policies on receiving refugees. Years later, in the spring and summer of 2018, multiple Italian cities criticized Salvini’s policies against Maritime rescue NGOs, and cities like Barcelona or Valencia asked the new Spanish government to open its ports. This is another example of how cities have even become political players in matters of border control and migratory policy on the international stage.

Cities as an alternative?

Referencing the migratory policy of Pedro Sánchez’s new socialist government, Javier de Lucas criticized the European left’s inability to provide an alternative to right-wing instrumentalist, security-based arguments. Just as borders are accepted as an inevitable reality, it seems increasingly difficult to conceive of a migratory policy that doesn’t involve the unyielding defence of the territorial sovereignty of states and increasingly exclusionary citizens. As happens with economic policy, discrepancy with the security-based arguments of the far right seems to have been reduced to simple symbolic gestures or subtle nuance. In this context of hegemonic ideologies with little opposition, to what extent can cities can provide an alternative? Is Benjamin Barber right in claiming that cities would do a better job?

A citizen is someone who lives in the city, no matter their origin, possessions or documentation. Although the concept of citizenry is exclusionary by nature —including certain individuals to exclude others— the limits to urban citizenship are more blurred.

By nature, cities are different. First of all, the nation-state governs a territory, while cities govern people. While the national community corresponds with a territory, making the defence of borders about defending us, cities are by definition spaces affected by high levels of mobility. Cities have no borders. Cities are made up of the people inhabiting them at a particular time. As a result —and this is the second difference— urban citizens are by definition more inclusive. A citizen is someone who lives in the city, no matter their origin, possessions or documentation. Although the concept of citizenry is exclusionary by nature —including certain individuals to exclude others— the limits to urban citizenship are more blurred. Finally, cities are also different when we refer to security. While migratory policy is justified by the fear of others and the protection of our own security above everyone else’s, cities know from experience that long-term security can only be achieved by including everyone. Inclusion is tied to security, while exclusion ends up being tied to conflict.

Still, how can we make these differences the basis for a new concept of the global management of migration? Externally, we need to build a true alliance of cities on the international stage that goes beyond political gesturing and city branding. Internally, we need true social politics that fight against inequality and exclusion. Only then will we prevent cities from becoming fertile grounds for xenophobic ideas. We should also remember the exclusionary tendencies of some local administrations: in France and Italy, many cities have begun to exclude strangers and European citizens from certain social services; in Spain, some municipal councils make it difficult for migrants with a regular status to register as immigrants.

It’s only through true social politics that cities can become refuges—not just for those who are yet to arrive, but also for those who are already there. Cities that expel, cities that forget part of their citizenry or that abandon them can’t be refugee cities. They can claim to be, and they can engage in a political quarrel with their state; but without policies, politics are good for nothing.