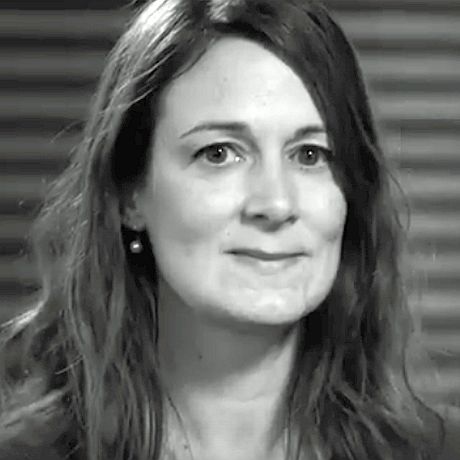 Gemma Galdon Clavell (Mataró, 1976) is a policy analyst. She currently runs the Eticas Foundation, which promotes research and awareness raising at the intersection between technology, ethics and society.

However, it was not until the 1980s, with the broadening of victim studies, that it began to be noted that objective and subjective insecurity often bore little relation to one another. In other words, the inhabitants in one city or country may have a highly acute perception of insecurity even in periods of sustained reduction of objective insecurity. Likewise, a society may feel secure despite the absence of a fall in victimisation figures, or have fears that bear little semblance to reality. Over the last forty years, for example, the feeling of insecurity is closely linked to the local surroundings and relates to common misdemeanours and petty crime (theft and assault), while fears associated with major natural or environmental disasters have little day-to-day presence.

This divorce between objective and subjective security has been massively exploited. The most cited example is that of Rudolph Giuliani, mayor of New York from 1994 to 2001. Giuliani won the mayor’s office following a political campaign that revolved almost exclusively around the problem of security. The success of this campaign led to a significant change in how crime was handled at both legal and operational level. The emphasis and police efforts focussed on small-time criminals and pre-delinquents, groups of young people from humble origins to whom zero-tolerance policies began to be applied. Theoretically, the deviant attitudes of these groups (marijuana consumption, violence-free robberies, etc.) were the prelude to a life of major crime that had to be stopped as soon as possible. It turns out that Giuliani’s government coincided with a few years of crime rates in steady decline. As a result, this “heavy-handed” approach ended up being put into effect across the country and at all levels, despite many experts pointing out that the fall in crime in the United States had been a widespread phenomenon and had occurred in cities where “Giuliani’s formula” had not been applied.

Notwithstanding the facts and figures, the use of security for political aims is still a valuable resource that capitalises on the dissociation between reality and perception. This means, for instance, that citizens often express fears over unlikely situations, while disregarding other more everyday risks. In the United States, for example, parents claim that they mostly fret over the possibility of their children being abducted. Consequently, they limit their activities in unsupervised public spaces and prefer to get around in private vehicles as a security measure, when in reality one of the root causes of accidental death among minors in the country is precisely car accidents. In a kind of gruesome moral tale, the remedy for subjective insecurity becomes responsible for objective insecurity.

Today’s societies have great difficulty in assessing risks objectively, and their fears have more to do with the media coverage of crime or their media consumption via television, the cinema or the Internet, than with phenomena that, statistically, are more likely.

Therefore, today’s societies have great difficulty in assessing risks objectively, and their fears have more to do with the media coverage of crime or their media consumption via television, the cinema or the Internet, than with phenomena that, statistically, are more likely (car accidents, falls or intoxication).

This has made security a subject that is highly sensitive to manipulation and public and political instrumentalisation: from the media, which stokes and propagates fear with their excessive coverage of anecdotal cases – as a means of improving audience ratings – to politicians, who use this fear to push measures that often do not help to improve the population’s objective security. In the worst-case scenario, these methods are even counterproductive.

This combination of politics and the media often makes it very tempting to resort to extravagant and visible security measures – such as the acquisition of technology or the deployment of security agents –, over long-term policies that bear an impact on the real causes behind crime (from poverty and inequality to impunity for perpetrators of economic crime). Extravagant and visible policies are more likely to end up on the front page and to generate votes that in-depth studies of social phenomena. This makes security a political and social time bomb where there is no room for rigorous data- and evidence-based discussions, or for devoting attention to the direct or indirect causal factors.

Gemma Galdon Clavell (Mataró, 1976) is a policy analyst. She currently runs the Eticas Foundation, which promotes research and awareness raising at the intersection between technology, ethics and society.