Tell me your name 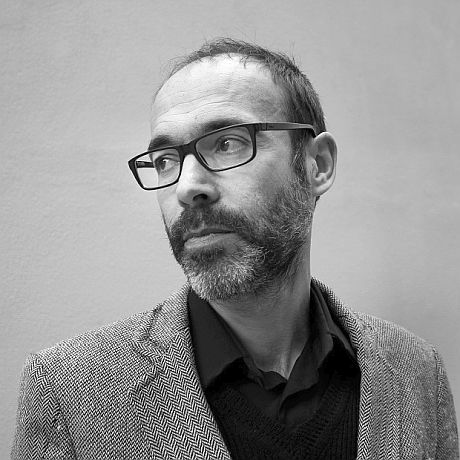 Authors like Marsé and Casavella have given deep thought to the influence of names. For different reasons, both have signed their works with acquired Catalan surnames and have chosen exotic motifs to identify their main characters.

Pijoaparte. Watusi. Johnny Thunders. These are names that, since 2014 – when Yo fui Johnny Thunders [I was Johnny Thunders] made it appearance –, were there but that I only visualised so close together, one after another, three years later. At that point I was thinking of Barcelona even more than usual because I had just written a novel in which the city plays a very prominent role and because the growing political tension spawned litanies of questions and theories that sometimes even developed into some objective discovery.

The day of the lining up of names I was thinking about how readers today would receive a bourgeois from Barcelona going by the name of Camilo Escobedo, bearing in mind that the bourgeois figure in the modern Catalan model is usually associated with a Catalan surname. Pulling on that thread, I confirmed that the other leading character in many fictions was this young weather-beaten fellow from a suburban neighbourhood on the brink of the underclass. My favourite character, really.

Some of those lads were instrumental in supporting my idea of the city, and in recalling them I established a special podium of unforgettable figures that comprised characters from Spanish-language literature: Pijoaparte. Watusi. Thunders. Three lads. Neighbourhood lads. With nicknames that alluded to different margins. What came next was to ask myself why.

Juan Marsé, Francisco Casavella and Carlos Zanón, the authors, came from these relatively peripheral worlds, and therefore had coherently written about the landscape and feeling outside the walls, conveying the struggles and aspirations of young people who often wanted to be somebody else, and to live elsewhere. Maybe have a different name. At least Marsé (born Faneca) and Casavella (born García) had thought carefully about the influence borne by names. Albeit for very different reasons, both signed their works with acquired Catalan surnames, not birth names, and they had chosen exotic nicknames to identify their protagonists.

Years ago, I faced a similar situation myself. I was born Gabriel in L’Hospitalet de Llobregat, one of those peripheries mired in crude legends, my home. A place where to everybody, since the very first second, I was Gabi. I remember my first foray to the centre of Barcelona, at the age of fourteen, as a spellbinding experience. A new, rich world, with which I hadn’t had contact but that tasted like mine, or at least that it could be mine. A world that called for a different formality, the same one demanded by literature, both Catalan and Spanish, still too wrapped in elitism. A world for Gabriel.

However, when the time came to sign my first book, I assumed that from then on I was only going to introduce myself alone and that, to be consistent with the privacy that creation demands, I had to downplay the conventions. So I relinquished the official nature of the census in favour of the only name recognised by my family and my friends, bringing the diminutive to the shelves that had no such tradition.

Evolving from the small and the marginal, from a nickname or diminutive, has been an increasingly more common wager among Spanish-language authors from Barcelona.

Evolving from the small and the marginal, from a nickname or diminutive, has been an increasingly more common wager among Spanish-language authors from Barcelona, especially among those of us who got off the ground in barrios [neighbourhoods]. Sheltered from our supposed insignificance, we have toned up to be as strong as anyone else while, yes, the city transformed.

The funny thing is that, although Barcelona and its circumstances have changed a great deal, this type of wager has been perpetuated, becoming entrenched among authors who continue to watch the bourgeois normality, which they themselves are often a part of, from afar. Needless to say, there are exceptions, but, generally speaking, the last story of the middle and class and bourgeoisie seems to have been assigned to Catalan-language authors. Their outlook is incidentally felt to be more flexible because it embraces an ecosystem that ranges from the pagesia [peasantry] to the “families” of Barcelona, and I would say that it is not so marked by resentment (a great source of inspiration, admittedly) or class pride.

The comfort of the niche, of the corner, invites us to become self-absorbed and relax our efforts to understand the other. If we writers act as politicians, we will offer slothful works that by no means encompass many voices, configuring a landscape of pseudo-civil servants that do what they must in their station with a submissiveness commensurate with the network woven by the media: an obvious literature, each one with its own label, knowing what their target audience is and writing with them in mind.

If in literature we agree to keep playing the card of limiting the narrative territory on the basis of surnames, it will be a while before we have novels that offer a full and up-to-date picture of the city, the type of stories that every culture needs.

Getting over resentment is one of life’s great exercises. And after what happened in recent years, it may be the great exercise facing every Catalan writer, regardless of their language. If in literature we agree to keep playing the card of limiting the narrative territory on the basis of surnames, it will be a while before we have novels that offer a full and up-to-date picture of the city, the type of stories that every culture needs, where there is equal demand for the epic story of Watusi or that of Nona, Colometa or Escobedo and, in addition, that show how ambiguous each of them may be.