The eight-hour day, a triumph of the workers’ struggle 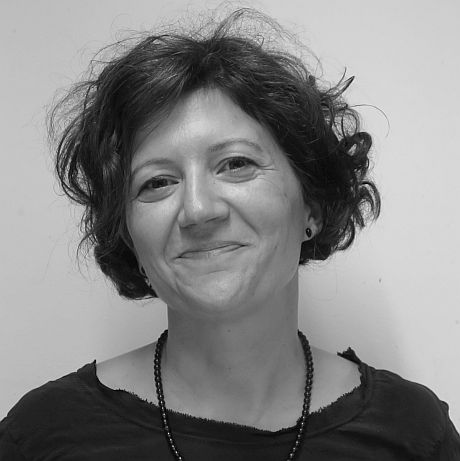 She has contributed to different books on exile, repression and the Spanish Civil War, and is currently working for the Ara newspaper.

Barcelona’s labour mobilisation began in the early 20th century to tackle the living conditions endured by the working class. To mark the centenary of the La Canadenca strike, one of the most historic labour disputes last century, the Museum of the History of Catalonia is holding an exhibition to provide an insight into this milestone in the struggle for workers’ rights.

At the beginning of the 20th century, workers’ living conditions in Barcelona were appalling. They had no meat or fish on their tables – except for Saturday’s meat, which was the slaughterhouse’s scraps – and half of the children died before reaching the age of five. Hunger and a lack of work led to one conflict after another. The Russian Revolution broke out in 1917, and World War I wreaked havoc in Europe between 1914 and 1918. It was in that period, when food prices steadily rose and epidemics spread rapidly among workers – living in overcrowded conditions in Barcelona’s working-class neighbourhoods –, that the workers’ movement emerged and gradually gained momentum. The CNT [the National Confederation of Labour, an anarcho-syndicalist union] had extraordinary clout: in 1919 it brought together 205,642 members.

Against this turbulent backdrop, one of the most successful strike actions last century was sparked, that is, the La Canadenca strike. Thanks to this strike, from February to April 1919, the eight-hour working day was achieved, which marked a before and after in workers’ conditions. To mark its centenary, the Museum of the History of Catalonia is holding an exhibition to provide an insight into this milestone in the struggle for workers’ rights.

The exhibition is divided into three sections: the context, the strike itself and the long struggle to shorten the working day. Featured therein are pictures by photojournalists, graphic humourists, footage, original documents and the words of those who played a part in the strike. Overall, not only does the exhibition provide a portrayal of what happened during those months of 1919, but it also transports visitors back to that turbulent time when the workers’ struggle had to break out of the stranglehold in a country where workers had virtually no rights, and where clashes with employers were often violent.

Thanks to the La Canadenca strike, from February to April 1919, the eight-hour working day was achieved.

The La Canadenca strike began as a result of layoffs at the company Riegos y Fuerza del Ebro [Ebro Irrigation and Power Company Limited], in the Pallars region of Catalonia. This company was a subsidiary of Barcelona Traction Light and Power, known as La Canadenca, the first large multinational to set up in Catalonia. Founded in Toronto in 1911 by the Canadian Frederick Stark Pearson, it harnessed the Pyrenees’ water resources to generate electricity. On 22 February 1919, workers from all of Barcelona’s electricity companies decided to join the strike, and the city was left in darkness. On 27 February, water and gas workers went on strike in solidarity with the electricity workers. Textile workers and printers also joined in, followed by tram workers on 12 March. On 13 March, a state of war was declared and, four days later, on 17 March, an agreement was reached to end the strike, calling for the release of all those imprisoned, an eight-hour working day and a pay rise.

A workers’ assembly, which rallied 20,000 people together, was held on 19 March in the Barcelona bullring Les Arenes. At the helm was Salvador Seguí, better known as El Noi del Sucre [“Sugar Boy”]. He negotiated the settlement with the board, persuaded workers to return to work, and gave the board 72 hours to release the prisoners. With the return to work, the state of war was lifted, but “normality” did not last long: on 24 March, the strike was reconvened because not all the prisoners had been freed. In addition, the strike and the recent Russian Revolution had scared employers, who rallied together on 9 April, founding the Barcelona Employers’ Federation, in order to take the hard line.

The general strike ended on 14 April, but the state of war lasted until 13 August. Eight thousand armed men were posted on the streets of Barcelona, watching for any movement that could raise suspicion. By that summer, 5,000 workers were still imprisoned in jail boats and bullrings. Nevertheless, the strike had served to achieve a milestone. On 3 April 1919, the Madrid government issued a decree establishing an eight-hour working day, Spain becoming the first country in Western Europe to do so. Nonetheless, that era also saw the beginning of pistolerismo [employers’ practice of hiring gunmen and thugs to kill prominent unionists and workers in order to curb their demands], which led to many fatalities, including the assassination of Salvador Seguí.

She has contributed to different books on exile, repression and the Spanish Civil War, and is currently working for the Ara newspaper.