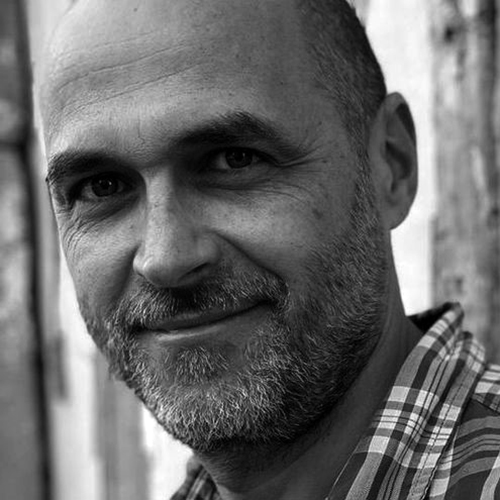 Doctor in Social Anthropology, researcher and university professor. Member of the Anthropology of Urban Conflict Observatory (OACU). He studies the interrelationships between classes and social movements, and the dynamics of exclusion and social inequality in the city.

Certain collective actions carried out in the streets and squares of our cities are expressions of defiance that can take the conflictive nature, by definition, of the urban space and the characteristics typical of human interaction to its very extreme. Whether festive or political, these dynamics would inexorably include the effective possibility of an outbreak of violence. Moreover, it would be possible to say that it is precisely this distinctive feature that gives it part of its enormous ritual value.

During the summer of 1835, long before the city became the Rose of Fire, Barcelona experienced one of those cathartic incidents that, not because they are less frequent, no longer surprise us today. Part of the Catalan capital, so linked to bullfighting that it had up to three bullrings, attended a bullfight in the bullring then located in the Barceloneta neighbourhood, called El Torín. However, how the spectacle unfolded was not to the liking of the large audience, who began to hurl objects at the arena and to destroy the venue. Ultimately, the audience rushed out and headed, in demonstration, towards the nearby Ramblas. Once there, the initial momentum, instead of easing off with the passing of the minutes and the journey travelled, started to become turbulent, fuelled by numerous people who joined the initial disgruntlement with the bullfighting. As if it were an improvised political rally, speakers of all kinds stood in different points of this unique urban space, unnerving the crowds against various state institutions, such as burots [tax collectors], or collection points, where municipal officials charged a very unpopular tax on merchandise entering the city, but especially against the clergy, the true power of the time.

That night, up to six convents joined the flames that had previously engulfed the aforementioned collection point: the Convent of the Trinitarian Order, where the Liceu opera house stands today; the Convent of Saint Joseph belonging to the Discalced Carmelite Order, the site of the Boqueria market today; the Convent of the Augustinian Order, on Carrer Hospital; another belonging to the Discalced Carmelites, this time on Carrer del Carme; the Convent of Saint Francis of Paula, on Carrer de Sant Pere, and, finally, the Convent of Saint Catherine belonging to the Dominican Order, once again located in the market of the same name today. Such arsonistic rage was not determined by the disenchantment with an afternoon of bullfighting, as can be deduced, but by the situation the country was experiencing at that time. As the historian Josep Fontana (2001) explains, these events, which later became riotous, and which were not exclusive to the Catalan capital, but spread to places such as Zaragoza and Reus, were mainly determined by the civil unrest unleashed by the death and succession of Fernando VII, the First Carlist War.

The clergy had clearly taken the side of the Carlists, advocating a resurgence of the policies of the Old Order, against the Liberals, followers of Isabel II, then a minor, and interested in a return to the Constitution of 1812. For this reason, it is understood that ecclesiastical buildings were presented as a clear target of the mutineers, since, in their eyes, the friars and priests represented a social class contrary to social advancement, and they were partly responsible for their afflictions, since, besides that, the soldiers were essentially constituted by members of the working classes. This symbolic interpretation of the role of the bullfighting event was reflected, immediately, by the historian Joan Cortada, who, in his book Lecciones de Historia de España [Spain’s History Lessons], indeed pointed out that “anything is enough to provoke a working-class riot when the people are willing to rise up” (1845: 429).

Taking a spectacular leap in time, but without moving from the same city, during the initial weeks of February in the second year of the pandemic, Barcelona once again experienced another of these spectacular manifestations of collective action. The motive, on this occasion, was not – ostensibly – related to an aborted Liberal Revolution, but to something much more profane: the imprisonment of a musician for having accumulated various sentences, including the crime of glorifying terrorism with the aggravation of recidivism, and for insulting and slandering the Spanish Crown and the State Security Forces and Bodies (Guindal and Vera, 2021). Thus, just one day after the imprisonment of rapper Pablo Hasél, on 15 February 2021, a crowd of roughly 1,700 people, according to data from the Guardia Urbana de Barcelona [the city of Barcelona’s municipal police force], initially congregated in Plaça Lesseps, on the edge of the popular Gràcia neighbourhood, to protest against his imprisonment. Subsequently, those gathered made their way to the city’s historic centre, collecting new participants en route until the crowd exceeded 5,000  people.

Like the historian Joan Cortada said, “anything is enough to provoke a working-class riot when the people are willing to rise up”.

Two hours later, the march, which had started out peacefully, resulted in scuffles with the Mossos d’Esquadra [police force of Catalonia], the setting up of barricades, the burning of multiple bins and forced entry, as well as damage, to several bank branches found along the route. Numerous private vehicles were damaged and the clash with the Catalan police eventually led to 15 arrests and 30 injured, including a girl who later lost an eye (Europa Press, 2021). Demonstrations, of similar characteristics, were repeated over the next two weeks, with different levels of participation and conflict. The toll, according to Barcelona City Council, implied costs of 1.1 million euros for the city, in addition to 40 detainees and 300 burned bins, among other things (Crónica Global, 2021).

Riots are expressions of defiance that take the conflictive nature, by definition, of the urban space and the characteristics typical of human interaction to its very extreme.

By mid-March, a month after the rapper’s imprisonment, the situation had returned to normal, but one thing was clear: Hasél’s imprisonment had not been the main reason behind the onset of the protests and subsequent riots. This was proclaimed by the participants themselves when they pointed out, in various media, that “the spark was Pablo Hasél, but there’s much more. We are fed up with injustices, precariousness, repression and this set us off”(Infobae, 2021). The interrelation between the two events was explained very well over those days by the anthropologist Manuel Delgado. Pablo Hasél’s riots “have two levels: the explicit, the immediate, which is a particular event that triggers it, the sending of a rapper to prison, and the other, which implies the emergence of chronic ailments in a society made up of injustices and asymmetries. There are always reasons for a revolt in a city” (Barnils and Salamé, 2021).

Émile Durkheim was the first to theorise, at the beginning of the 20th century, about the possibility of this type of event. For this father of sociology, when “the masses are set in motion and a state of collective effervescence occurs, sometimes even delirium [...], man is drawn out of himself, distracted from his everyday tasks and concerns” (1982: 356). This proposed analysis of the religious fact made by Durkheim escapes the mere consideration and examination of sacred actions, and comes to impact celebrations or any other type of secular demonstration, such as socio-political events, since, as he himself pointed out, “there are historical periods in which, under the influence of some great collective disaster, social interactions become much more frequent and active. Men seek each other out, gather more. The result is a general effervescence, characteristic of revolutionary or creative times […] man becomes another” (1982: 198).

Durkheim does not mean that, during the celebration of this type of ceremonies, rites or demonstrations, it is not possible for people or groups of people to appear who exploit the situation to lead the masses in one direction or another, depending on their own interests. On the contrary, this external posturing of the sense and orientation of the action of the group of individuals that make up the mass is always, and inexorably, a possibility. In other words, it is always there, latent, and can be unleashed by any of its members, by an external element, but also by any other type of external, symbolic or material reference. It is precisely in this sense that the concentration/bullfight acts as a symbolic vehicle that unleashes a response to the precariousness/Carlist reaction in the form of urban altercations, something that the social sciences have been highlighting for some time.

Among the recent theoretical proposals that have applied this type of framework to the analysis of political demonstrations are the works Carrer, festa i revolta. Els usos simbòlics de l’espai públic a Barcelona, 1951-2000 [Street, Celebration and Revolt. The Symbolic Uses of Public Space in Barcelona, 1951-2000], by the Ethnology of Public Spaces Research Group, La danza de los nadie. Pasos hacia una antropología de las manifestaciones [The Dance of Nobodies. Steps towards an Anthropology of Demonstrations], by the Observatori d’Antropologia del Conflicte Urbà (OACU) [Anthropology of Urban Conflict Observatory], and La Pandemia de la desigualdad. Una antropología desde el confinamiento [The Pandemic of Inequality. An Anthropology from Lockdown], by Jose Mansilla, all of them coinciding on one point: that collective actions carried out in the public sphere, riots, involve expressions of defiance that take the conflictive nature, by definition, of the urban space and the characteristics typical of human interaction to its very extreme.

Doctor in Social Anthropology, researcher and university professor. Member of the Anthropology of Urban Conflict Observatory (OACU). He studies the interrelationships between classes and social movements, and the dynamics of exclusion and social inequality in the city.