Writing about Barcelona is getting lost in a garden maze 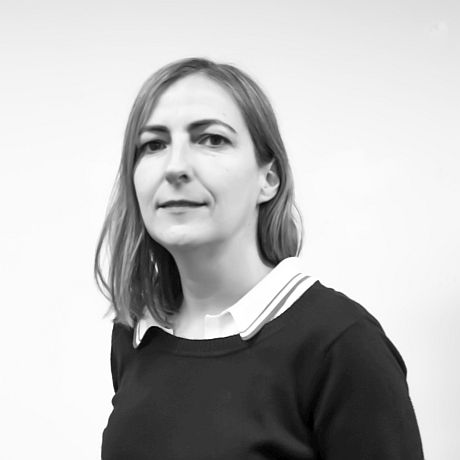 Isabel Sucunza (Pamplona, 1972) is a journalist and writer.

If we take a look back, we may realise that a novel about Barcelona offers two ways of seeing the city. The one put forward by Spanish-language authors is based on a more physical, more tangible city. In contrast, Catalan-language authors focus on a more psychological, often threatening reality, as if the city were an invasive character.

A couple of years ago I got hold of a manuscript of a novel that portrayed a Barcelona that could be shaped to the author’s liking (not so much to that of the characters that had to put up with it), awash with streets that spontaneously turned into dark corridors riddled with holes on both sides and strange cylindrical and shiny objects that represented, in the novel’s set of symbols, items of more or less everyday use.

I won’t say the author’s name because the text is yet to be published – if it ends up getting published –, but I will say that it’s unusual to see a Catalan author distort, wring and rewrite the city in Catalan with the freedom of fabricated resources. If there are any, in which case there are indeed: Marina Espasa, Sebastià Jovani and Víctor Nubla do so.

This way of portraying the city has nothing to do with the papier-mâché scenes we are accustomed to thanks to Falcones, Zafón and Cabré. What the latter authors do is tourism literature for literary tourists; the proof lies in the fact that only guiris [a somewhat pejorative term for a foreigner] ask for them at the bookshop where I work. Books for readers seeking ways to interpret Barcelona are a dime a dozen in Catalan-language literature. But there is one way that is specific to Catalan-language authors.

The characters in Spanish-language literary works, such as Fernando Atienza by Francisco Casavella and Pijoaparte by Juan Marsé, get around or rather hang around a Barcelona scene that is both physical and metaphysical: where two social classes exist side by side that are clear-cut, if not to say cut off from one another. This also applies to Sandino, the taxi driver in Taxi, by Carlos Zanón, and to Tú in La cápsula del tiempo [Time Capsule], by Miqui Otero, who is not content with just making his protagonist roam around; but, on top of that, he wants the protagonist to be the actual reader.

Moreover, the characters of the Catalan-language authors also wander about the city. Martí Sales, for instance, taps into this resource in Principi d’incertesa [Uncertainty Principle], a book that is actually a complete homage to Casavella, precisely. But it is in La cremallera [The Zip Fastener] (poetry, in this case) that I believe Sales becomes more specifically Catalan as regards the way he illustrates the city. The route taken in the city by the omnipresent Salesian “I” in this book is very much reminiscent of the night-time trips to the places on either side of the Rambla by Marc Esquert, the protagonist of Míster Evasió [Mister Evasion], which Blai Bonet penned in the mid-1960s.

What does the Barcelona experienced by these two characters have over the one depicted by Casavella, Marsé, Zanón and Otero? Well, that the city is an invasive character.

In Míster Evasió, Bonet clearly portrays this aggressive city when he makes Marc Esquert get on the bus that does the route running from Bonanova to the old quarter. The author describes how the little gardens in front of every house uptown get increasingly smaller until they disappear as the bus descends towards the sea and how the streets get narrower and narrower until they vanish outright at Somorrostro, where the sand, in other words, what the city is at that point, spills directly into the houses. The brilliant metaphor of the garden as a barrier or as a necessary passage to brave the city when leaving home is an idea that Rodoreda drew on in virtually every chapter of El carrer de les Camèlies.

There are also gardens in the Barcelonas depicted by Spanish-language writers; a garden is, in fact, the first thing that Marsé’s Pijoaparte has to cross to bridge the physical and symbolic distance that separates him from Teresa; but there are two social and material realities that divide that garden. What separates the gardens of the Barcelonas portrayed by Catalan-language authors are psychological realities: those of the characters inside and outside the home, those private versus public realities. It is a Barcelona with a threatening, treacherous personality, one that is eager to swallow up, the one portrayed by Catalan-language writers. It may be unwittingly so, because the language they use also suffers out of fear of being swallowed up.

Isabel Sucunza (Pamplona, 1972) is a journalist and writer.