The Barcelona City Council has agreed to grant the award in recognition of their respective scientific careers, their academic dedication and their social commitment. 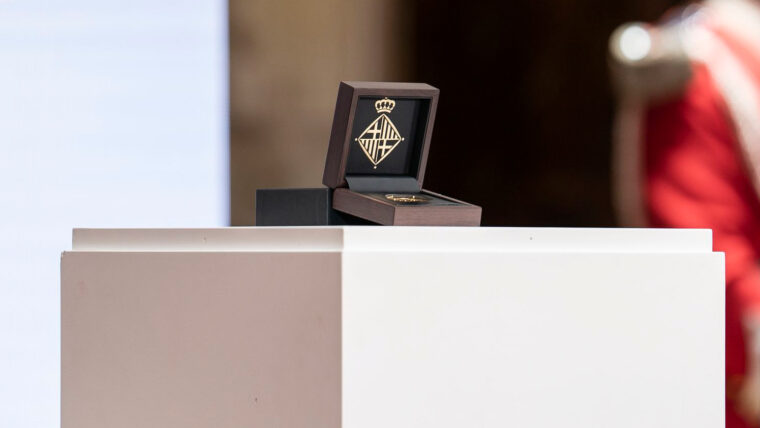 The Barcelona City Council has agreed today, during the plenary session of the City Council and by unanimity of all the groups, to award the Gold Medal for Scientific Merit to Valentí Fuster, Montserrat Aguadé and Teresa San Román. This medal recognises their respective scientific careers, their academic dedication and their social commitment.

Valentí Fuster (Barcelona, 1943) is one of the world’s leading authorities in cardiology. His research in this field has earned him international recognition and his vision of health promotion has been considered the roadmap to follow in order to put an end to cardiovascular disease. He comes from a lineage of doctors. He attended primary and secondary school at the Jesuits in Sarrià and graduated in Medicine from the University of Barcelona (UB) in 1967. In 1994, he was appointed director of the Cardiovascular Institute at Mount Sinai Hospital in New York, a position he has held since 2012, along with that of Physician-in-Chief of the hospital itself.

Throughout his scientific career he has held numerous positions of responsibility, has been awarded honorary doctorates from thirty-five prestigious universities and has published more than a thousand articles in international medical journals. One of the world’s leading authorities on the circulatory system, his fields of work are those related to coronary artery disease, arteriosclerosis and thrombosis. His contributions to cardiovascular medicine have had an enormous impact on improving the treatment of people with heart disease. His research into the origin of cardiovascular accidents, which has contributed to improving the prevention and treatment of heart attacks, earned him the 1996 Prince of Asturias Award for Research. In addition to his dedication to science, he has been deeply involved in his responsibility as a disseminator and transmitter of knowledge and has been able to integrate research with the promotion of health through education.

Montserrat Aguadé (Barcelona 1949) is professor emeritus at the UB. She has headed the Department of Genetics, Microbiology and Statistics at the UB, where she was Professor of Genetics. She is also a full member of the Biological Sciences Section of the Institut d’Estudis Catalans. She graduated in Biological Sciences from the UB in 1971, where she obtained her PhD in Biology in 1974. Since then, she has combined research excellence in her field of expertise (genetics), with academic tasks, being a professor at the UB since 1972, and visiting professor at Harvard University, the National Institute of Enviromental Health Science (NIEHS) in North Carolina, and the University of California.

In the field of research, she has published numerous scientific articles in the most prestigious journals in the field of experimental sciences, such as Nature, Proceedings of National Academy of Science (PNAS), Genetics and Genome Research, among others. She has also participated in international projects, which has given her high international recognition in the field of evolution and population genetics. Among other awards, Montserrat Aguadé has received the Distinction of the Generalitat de Catalunya for the Promotion of University Research (2001-2007), and the National Genetics Prize 2010. She has also been president of the Society for Molecular Biology and Evolution (2005-2007) and of the Spanish Society of Genetics, editor of several international scientific journals such as Genetics and Heredity, and has been a member of several national and international scientific evaluation commissions.

Teresa San Román (Pontevedra 1940) is an anthropologist specialising in the study of the Roma people. She held the post of Professor of Social Anthropology at the Autonomous University of Barcelona between 1982 and 2010. She received her PhD in Anthropology from the University of London in 1967 and since then has dedicated her life and career to the study of the Roma community, with exhaustive and pioneering work that has earned her national and international recognition. He has also worked with the senegambian community and researched ageing.

Her work on ethnic minorities has been recognised with several awards: R. Doucastella Award for Research in Social Sciences; Hidalgo Award for the professional career in the fight against racism; Medal of the Civil Order in Solidarity from the Ministry of Labour and Social Affairs; 8 de Abril Award from the Institute of Gypsy Culture; Vicens Vives Award from the Generalitat de Catalunya. She has also been decorated as a Member of Honour of the Federation of Gypsy Associations of Catalonia. Her studies and ethnographies on the gypsy communities of Madrid and Catalonia have made her a national and international reference in the study and history of this people.