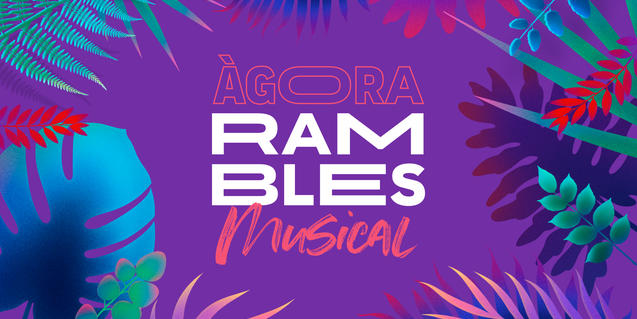 Àgora Musical, which is part of La Rambla's revitalization project, has scheduled more than 50 concerts between June and November.

The Àgora Rambles project is the cultural revitalization campaign of Les Rambles promoted by the Barcelona City Council. Among its proposals, we have already enjoyed Àgora Ràdio and Àgora Infantil. Coming next is Àgora Musical, starting on 4 June, with more than 50 concerts at Plaça Reial – all thanks to the involvement of different entities and venues from around the area. Àgora Musical will bring together performances from existing programs, such as La Reial es Mou or the Festival Mas i Mas, as well as new ones, including Vermuts Musicals del Liceu and L'Escenari Barri.

The event will launch with a performance by Escola de Músics i Escola de Música Juan Pedro Carrero from L'Escenari Barri. It will be the starting point of a series of concerts that, among others, will include those by Chicuelo, Hidrogenese and Sanjosex within the Vermuts Musicals del Liceu; those by The Saint 3, Crisbu and Ganzá from the La Reial es Mou program; those from the Festival Mas i Mas, during August, which include Bratia, Clarence Bekker Band, Ashé Quartet and Do-Up; concerts by the students of Espai Sona, the Riborquestra, the Taller de Músics and the Escola de Música del Palau; and also a show by Sílvia Comes featuring people from the project Pati de veïnes, from the Gothic Quarter. Tickets are managed through the organizer’s websites.

The Àgora Rambles project intends to continuously deploy new thematic agoras in Les Rambles and its surrounding areas with the help of agents from that same area, who will also co-lead them. The objective is for the neighborhood to take ownership of these spaces in Barcelona through a quality and proximity cultural experience.