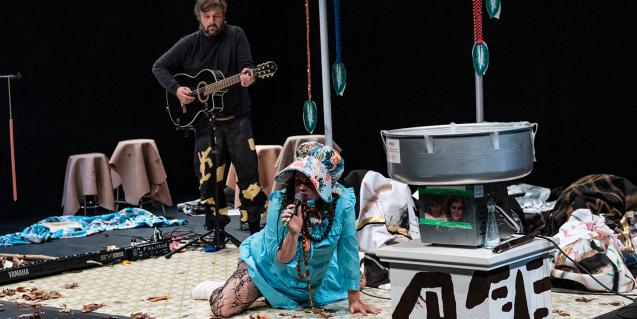 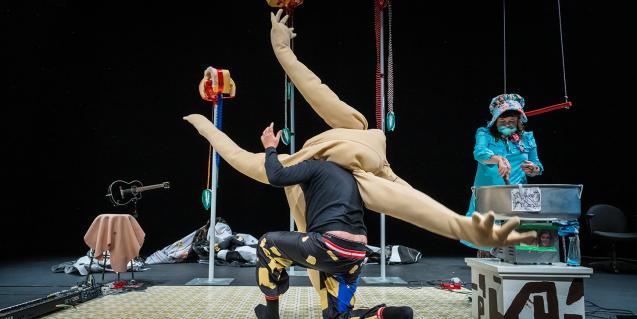 The new installation by the duo Geneviève & Matthieu can be visited at La Capella until 30 June. The proposal stems from the collaboration with Homesession (Barcelona) and Écart (Quebec) and is part of La Capella's Concèntric programme, which promotes networking with other art spaces, particularly sensitive to independent initiatives. The exhibition is entitled Mr. Big [M. Gros, in French] and opens on the 22nd at 7 p.m. with a performance.

This artistic duo from Quebec began their career in the late 1990s. Their work combines art, performance, music and everyday life. For more than 20 years, they have been promoting the artist-run Écart centre and the Rouyn-Noranda Performance Art Biennial. They take a critical view of past and current art movements, DIY culture, conceptual art and performance art.

Mr. Big refers, in street slang, to the leader of a criminal organisation. It is also the name given to an investigative technique used by police in Canada to get criminals to confess. Through this method, undercover agents try to gain the trust and obtain a guilty plea from suspects.

Using living sculptures, two-way weapons and televised soundscapes, the performative installation created by Geneviève & Matthieu addresses issues such as the identity of people, surveillance, infiltration, the theft of ideas and fraudulent copying.

From these ideas, these gigantic figures question the space occupied by the bodies, with skins that expand and question their relationship with their surroundings. The sculptures look like two huge babies interrupting each other, attacking each other and loving each other in continuous metamorphosis. For all these reasons, Mr. Big is a story of hunger, thirst and excess, but it is also the story of two artists who emancipate themselves.