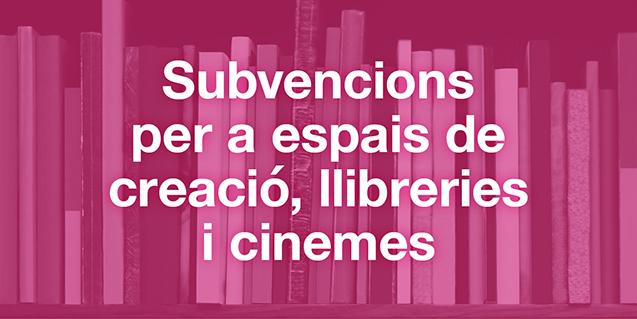 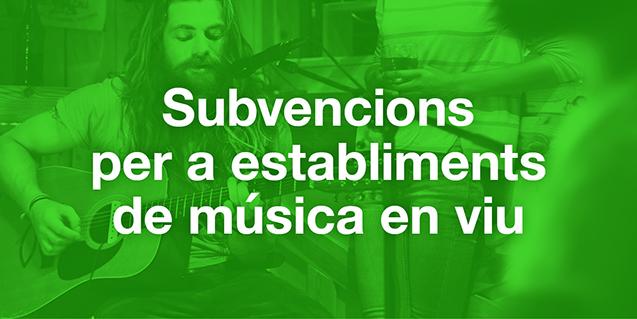 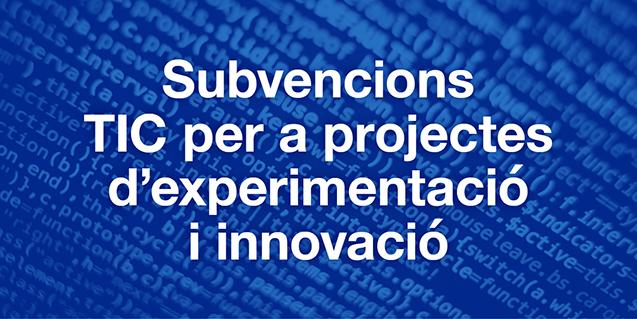 The application period will be open from 22 June to 20 July.

The Institut de Cultura de Barcelona (ICUB) is opening on 22 June the deadline for applications for three grants for investment: in private creative spaces, bookshops and cinemas; in live music establishments; and in ICTs in experimentation and innovation projects.

The call for applications for grants for investment in private creative spaces, bookshops and cinemas is aimed at financing projects in the areas of refurbishing, modernising and providing technical equipment for private spaces for artistic and cultural creation, experimentation, dissemination and exhibition, bookshops and cinemas, which operate in the city of Barcelona. It includes five modalities:

- Modality A: Independent spaces for creation, experimentation and dissemination.

The call for grants for investment in live music establishments is aimed at investment in the refurbishment, modernisation and technical equipment of private spaces for creation, experimentation, dissemination and cultural commerce in the city of Barcelona. There are two modalities:

- Modality A: Small-format venues: Cultural or similar venues (live music establishments, bars, cafés, restaurants or others), with a capacity of fewer than 150 people, which want to adapt the venue for amplified live music.

- Modality B: Medium and large format venues: Concert halls, nightclubs, music bars, discotheques, or similar, with a capacity of 150 people or more, which perform or want to perform amplified live music.

The call for grants for ICT investments in experimentation and innovation projects is aimed at ICT projects that explore new languages and methodologies in the fields of new media, virtual, augmented and mixed reality, and learning technologies. There are three modalities depending on the type of project:

The total amount earmarked for this call is 100,000 euros.

Both the subsidies for creative spaces and the music venues and ICTs are open to natural persons or legally constituted entities, owners of the management of the venues benefiting from the subsidies, with the corresponding authorisation (activity licence or opening notice), where applicable. The grants awarded shall be used to finance investment projects started or to be started during the year 2022, or planned for the year 2023, and completed before 30 September 2023. Only one application per establishment will be accepted.

The deadline for submission is 20 July.