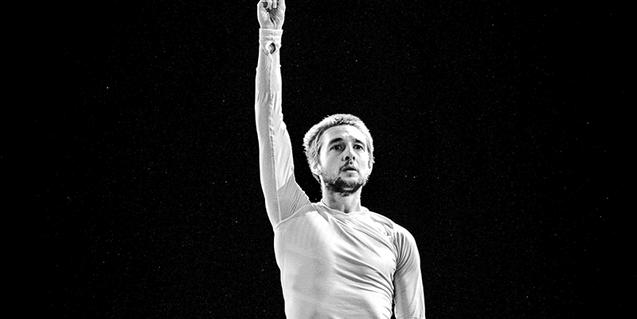 'Higher!' is a show composed of four performances choreographed by Pablo Sansalvador, Paloma Muñoz, Thomas Noone and Smadar Goshen.

One of the strongest sentiments felt by people is ambition and the need to keep climbing the social ladder. This is the main topic in Higher!, a dance show by Projecte Choreolab. It consists of four short performances created by two choreographers from Barcelona and two choreographers from Baden-Württemberg, Germany. An example of this ambition is the competition between Ulm's Münster and the Sagrada Família: Ulm's Münster has the tallest church tower in the world, standing at 161.53 metres, but it will lose the title, which it has held since 1890, once the Sagrada Família is completed, given its tallest tower will be 170 metres. The four choreographers reflect on the motives behind the need to always aim higher. Is it power, prestige, status or identity? On Saturday, September 18, you can join this reflection at the SAT! Sant Andreu Teatre.

Pablo Sansalvador, the artistic director and one of the four choreographers of the show, is also behind the creations of Before I die and The Office. He is also involved in other projects, including interactive street installations and dances filmed with different techniques. The other choreographers of Higher! are Paloma Muñoz, trained at the Institut del Teatre; Thomas Noone, who has produced more than thirty shows in collaboration with several entities in Barcelona, and Smadar Goshen, an independent Israeli choreographer who is currently based in Germany.

Tickets are 15,50 euros and can be purchased through this link. For more information, check the SAT!'s website.