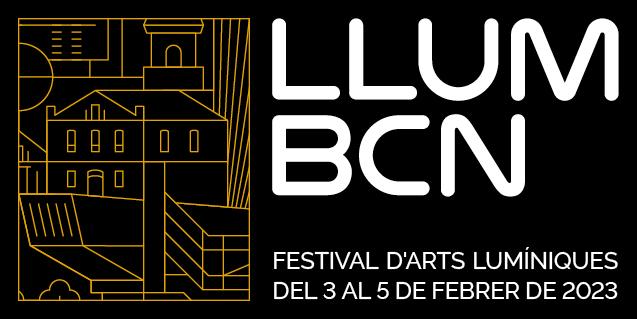 The 12th edition of the festival presents some installations powered by renewable energies and others that revolve around climate change.

One of the European festivals of reference in the light arts, Llum BCN, will hold its 12th edition in the Poblenou neighbourhood between 3 and 5 February, an edition that does not want to ignore the current crises and which will have installations that will deal with themes such as the relationship with energy or climate change.

Curated by Maria Güell Ordis, Oriol Pastor and Jose Luis de Vicente, the festival offers a programme from various fields: contemporary art, design, architecture, technology and lighting. Among the installations to be seen are Another Moon, by the Korean collective Kimchi and Chips, which proposes a new energy self-sufficient urban icon, a second moon drawn by solar-powered lasers that will float over Poblenou's Central Park; We Harvest Wind, an interactive kinetic sculpture powered by wind energy, by the artist Thijs Biersteker; Atmospheric Lighthouse, a real-time visualisation of the state of the city's atmosphere that will turn the Glòries Tower into a large weather vane; or Call Out, by Abel Korinsky and Orhan "aib" Kavrakoglu, a large matrix of light that will draw, from the Disseny Hub Barcelona, the trail of satellites crossing the city's sky in real time. The lighting designer Nick Verstand will contribute the reactive sculpture Anima, and the French Colectif Coin will make a large-scale, minimalist-style kinetic intervention on the Pompeu Fabra University campus.

Up to fifteen art, design and architecture schools in Barcelona will participate in Llum BCN 2023, presenting their installations throughout the festival. The city's artistic community will also be represented in this edition by the locals Playmodes, who will intervene in a rehabilitated space such as the lantern of L'Auditori, and by the Brazilian artist in residence at Hangar Pedro Torres. The most playful interventions will be the immersive inflatables of Architects of Air and the monumental street art of the international artist from Madrid, SpY.

It should also be added that on each day of the festival, starting at 6 pm, the + Llum, a circuit of small and medium-format light installations devised, organised and managed by Poblenou Urban District, will take place. The Llum BCN 2023 poster is the work of illustrator Borja Acosta de Vizcaíno.

All the information about the festival at this link.