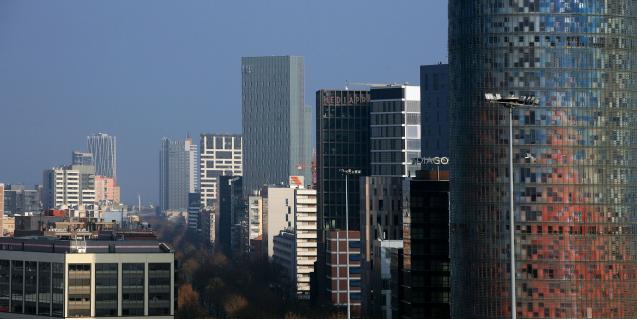 Follow the 22@ Innovation Trail to discover the most representative buildings of the smart city.

Barcelona is committed to innovation and is currently considered the leading smart city in Spain and the fourth in Europe. Thanks to this fact, it has become an international benchmark in terms of technological development for smart city management. If you like technological tourism, you can't miss the 22@ Innovation Trail, an itinerary promoted by Visit Barcelona where you will discover the landmark buildings of the urban development project that has transformed the former industrial area of Poblenou.

The route has several stops along the way. One of the most outstanding is the Indra Offices. In addition to its original structure, with a rhomboidal body supported on a three-storey plinth that juts out as if it were balanced, it has an enveloping stainless steel mesh that protects it from the sunlight. Underneath, there is a large glass façade which, in addition to serving as a decorative element, also reduces solar radiation.

Another must-see is Betevé, the public television station of the city of Barcelona. In its beginnings, in 1994, the channel's studios were located near Barcelona Cathedral. The innovative spirit has always been one of its characteristics and, for this reason, they moved their headquarters near the Barcelona Media Park, in the 22@ district. The facilities have become a technological breakthrough, as it was the first local station in Spain to broadcast with a digital terrestrial signal (DTT).

Take the opportunity to enjoy the journey through the Barcelona of intelligent buildings, a space of urban and environmental quality where activities linked to innovation take place. More information on this link.