Auditorium of the historic building of the University of Barcelona
Information 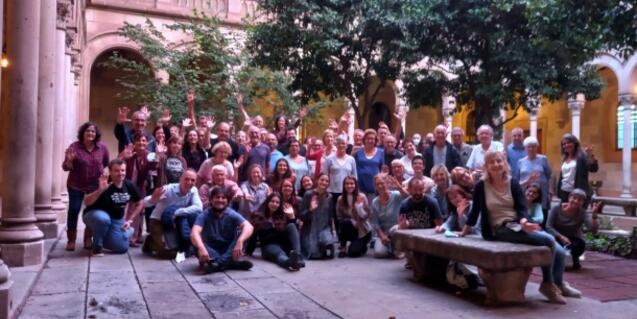 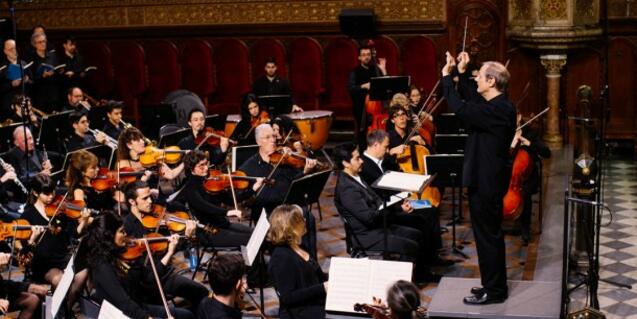 The auditorium in the historic building will host various concerts open to the educational community and the whole of society until May 2022.

After the forced pause caused by the pandemic, the University of Barcelona (UB) is back with its traditional concert cycle, which has reached its 39th edition this year. Organised by the Vice-Rectorate for Cultural Heritage and Activities, this year's programme includes fifteen concerts that will take place from October 2021 to May 2022.

Following the tradition initiated in previous editions, the programme features a line-up of great artistic quality, which includes the main musical groups from the UB, such as the Schola Cantorum (12 May) and the Orchestra of the University of Barcelona (26 May), as well as prestigious ensembles linked to other institutions of musical education, such as the Escola Superior de Música de Catalunya (27 January), the Victoria de Los Ángeles Foundation (17 February), the Conservatori Municipal de Música de Barcelona (7 April) and the Conservatori del Liceu (28 April). In addition, on this occasion, two top-level choral ensembles will debut the Escolanía de Lluc (10 March) and the Coral Jove del Conservatori de Sant Cugat (24 March). The different bands will offer an extensive and heterogeneous repertoire, ranging from classical pieces to religious compositions and contemporary works, to bring the public a cosmopolitan discourse of the musical panorama.

The launching concert was held last 21 October by the Orchestra of the University of Barcelona (OUB), conducted by Carles Gumí.

The Choir of the Faculty of Philology and Communication of the UB will perform on Thursday, 18 November. Formed in 2016, the choir is made up of students, teaching staff and other faculty members, as well as people from outside the university. Under the direction of Òscar Salvador, they will perform a wide-ranging musical repertoire, including classical, contemporary, traditional, pop, rock and other musical styles. On the 18th, they will perform the Requiem Mass in D minor (K. 626) by Wolfgang Amadeus Mozart, with Olga Milagro (soprano), Magda Pujol (contralto), Joan Mas (tenor) and Daniel Morales (baritone).

On 16 and 17 December, the University Choir will offer the traditional Christmas concert of the University. Founded in 1989, the choir began a new stage a year ago under the baton of Cornelia Rupert, conductor of the Austrian Choir and piano teacher, who is studying conducting at the ESMUC. This change of direction follows the choir's desire to renew itself and consolidate its position as a point of reference for musical activity at the UB and active participation in university life. The incorporation of new members to the Choir UB is open, and those interested can apply for an audition by sending an email to cultura@ub.edu or register directly through this form.

The concerts are aimed at the entire university community and society in general. All performances will take place at 8 p.m. in the auditorium of the historical building of the University, in the Gran Vía de les Corts Catalanes, 585. Access to the venue will start at 7:30 p.m for the public. Tickets are free, but seating is limited. Invitations, a maximum of two per person, can be obtained at the UB Culture website, starting on the Monday of each concert's week, until full capacity is reached.