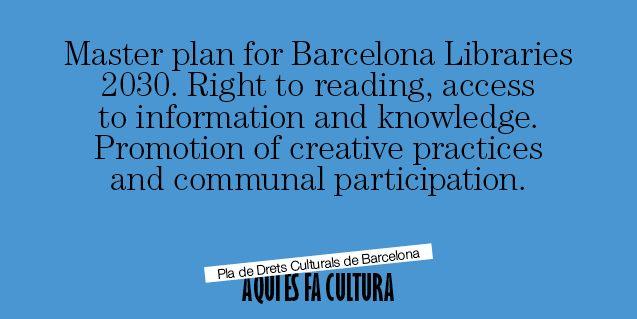 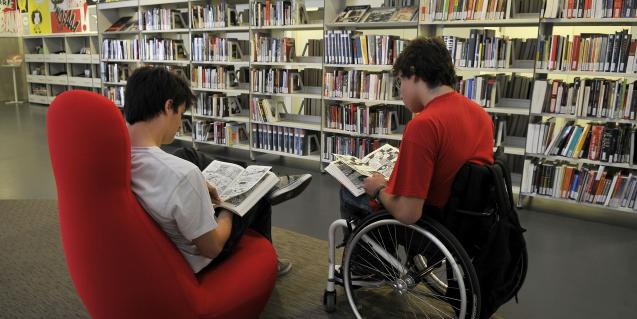 The new Barcelona Library Master Plan 2030 has been presented. Its aim is to promote the Libraries in Barcelona as a major cultural service of proximity promoting reading and knowledge, guaranteeing the right of access to information and the use of technologies, supporting lifelong learning and enabling social cohesion and the development of people with equal opportunities through participation and cultural and creative practices.

The new Plan incorporates and establishes the links between cultural action and strategic areas such as education, sustainability, science, feminism, intellectuality, innovation and technology, among others, included in the Cultural Rights Plan of Barcelona. Among its main objectives are to maintain and extend as far as possible the coordinated and cooperative work with the rest of the city's agents and to open the perspective to new collaborations, to incorporate citizens as active agents in this development, providing them with spaces for participation and creating a climate of trust that invites them to do so.

The Plan is articulated in four areas:

2. Right to reading, writing and oral expression, and to artistic participation.

4. Right to equal access to culture and knowledge and cultural participation.

One of the highlights of the new Master Plan for Barcelona Libraries 2030 is the planned improvement and construction of new facilities over the next few years. It is planned that by 2030 Barcelona's library network will have 45 public libraries, five more than at present, which would mean an increase of 22,723 m2 of library space. In total, 99,809 m2 of public library service in the city

These will be the five new libraries:

In addition, the equipment which needs to will be relocated o expanded. This is the case of:

- Ramon d’Alòs Moner Library (transfer to the building on the site of the former Pere IV cinema).

The responsibility of public libraries as the first cultural facility of proximity, with free and open access, goes beyond the provision of cultural services, the promotion of reading and guaranteeing access to knowledge, the founding objectives of the library. There is an implicit responsibility in education, both from the equipment itself and from the work of the network with the educational centres as a whole, whether in the stages of compulsory education, higher education or adult education, throughout life. They currently receive an average of 14,653 daily visits, 2,512 uses of computers and wi-fi are counted and 10,789 loans are made.