6 € (some screenings and activities are free, but need previous booking) 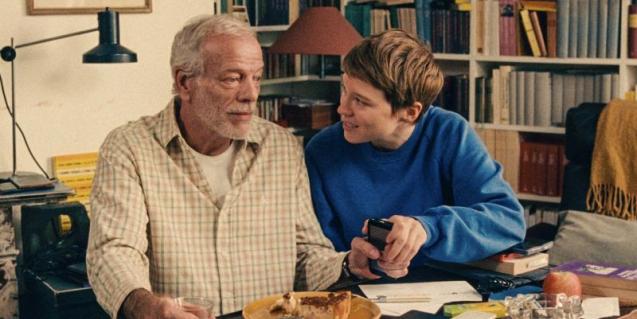 The festival promotes audiovisual works on the theme of functional diversity, with the aim of raising awareness of the reality of people with disabilities from a different point of view.

Inclús, Barcelona International Disability Film Festival reaches its tenth 10th edition and does so the same way it did on the very first day: committed to audiovisuals with functional diversity as the central theme. This year, it will be held from November 29 to December 5 at CaixaForum Barcelona, and 27 films selected from among the 357 which were received will be shown. All of them have been fully adapted for the hearing and visually impaired and the screenings will be attended by sign language interpreters. The Inclús will also offer parallel activities, especially aimed at family audiences.

The opening of the festival will feature the French film One Fine Morning, directed by Mia Hansen-Løve, a feature film about a degenerative disease. The screening will be followed by a talk by former football player and coach Juan Carlos Unzué, who announced in 2020 that he had been diagnosed with amyotrophic lateral sclerosis (ALS). The closing will be reserved for Pascal Elbe's Hear Me Out, a film that tells the story of a 50-year-old teacher who discovers he is losing his hearing.

Other titles to be seen at the Inclús include My Brother is Deaf, by Peter Hofman Kimball; Duchenne Boys, by Sohrab Kavir; Yarik Vive, by Màrius Riba Isart, and The Rite of Spring, by Fernando Franco. The programme includes documentaries as well as feature and short fiction films, with titles from 11 countries. The festival will also combine in-person screenings with television broadcasts on La Xarxa de Televisions Locals de Catalunya and Betevé.

More information and tickets at this link.