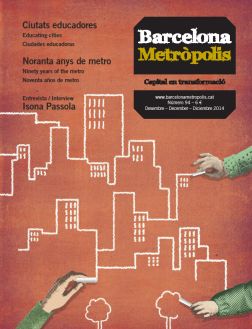 Maria Cinta Balagué was ahead of her time with a magazine-format programme especially for women. The significant contributions made as a radio presenter by this Barcelona native, who worked in the Barcelona City Council until her retirement in 1968, have only recently been reconstructed. 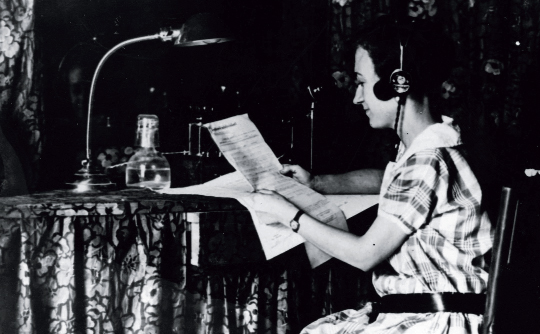 Historically, the name attributed to the first female presenter on Ràdio Barcelona was Maria Sabaté. In reality she was never a presenter, but rather the executive secretary for the pioneers of the station. The first woman to really fulfil the role of presenter was Maria Cinta Balagué, a civil servant in the Barcelona City Council who created the first magazine-format programme intended for a female audience.

When Ràdio Barcelona first hit the waves in 1924, the few hours a day that it was on air were given to classical music and talks on matters such as recent inventions or history. It was radio consisting of sophisticated music and highbrow monologues for a cultured public that shared the programmers’ pioneering and elitist tastes and could afford the luxury of paying a premium to have a state-of-the-art machine at home. The programming was organised by well-off conservative-minded people for a minority public that shared these social attributes.

Within this context, there was one programme dedicated to women that was a kind of soliloquy, with a clear objective of indoctrination. It was called Charlas para la mujer (Talks for Women) and was presented by journalist Joaquin Arrarás, who years later would be a war correspondent for the Nationalists in the Spanish Civil War, Franco’s chief executive of press and a conspicuous ideologist of that regime.

By women, for women 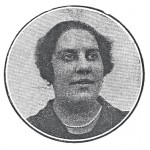 It was 1926 when the station – still with only a limited number of hours on air that were dominated by male voices – turned to a powerful female literary institution, the Institut de Cultura i Biblioteca Popular de la Dona, to offer its members the chance to make a programme for women. The young Maria Cinta Balagué, a disciple of the aforementioned institution’s founder, Francesca Bonnemaison, thus came into contact with radio.

Maria Cinta Balagué was born in Barcelona in 1898. She studied to be a teacher, and after graduation sat civil service exams for the provincial administration headed by Enric Prat de la Riba. She came in second, and was offered work in the city council, in a cultural department then under creation.

Having just turned nineteen, Balagué started life as an official unsure of whether she liked the work, as she herself expressed in a retrospective interview published many years later in La Vanguardia. She was the first women to be employed as a public official, and in 1922 was transferred to the Governorate. Following a roundabout route through various city council departments, working alongside personages such as Ventura Gassol, Manuel Ainaud and Adrià Gual, she held the position of councillors’ secretary until her retirement in 1968. Her long career as a public official earned her a Medal of the City (1973) and a Silver Medal of Merit at Work (1976). 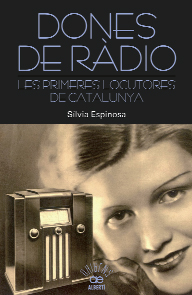 Rescue of an unknown biography

Balagué’s career as a public official helped us to reconstruct the biography of the country’s first female radio presenter. Newspaper photographs of an older Balagué receiving city awards show the same physiognomy as that of the Maria Cinta Balagué who years earlier had led the way for female voices on Ràdio Barcelona. This find – the reward of an exhaustive search for documents – has made possible the retrieval of a vital episode that was completely unknown until the publication of Dones de ràdio.

Maria Cinta Balagué was not an employee of Ràdio Barcelona, but a collaborator who broadcast the first female choral ensembles under the pseudonym Salus. She was twenty-eight when she was offered the chance to make the programme. Her cultured profile led to the Secció literària  femenina making its debut in 1926, as a part of the programming that Ràdio Barcelona aimed at women, under the generic name Radio telefonía femenina. It was broadcast twice weekly on Tuesdays and Fridays at six in the evening, and lasted twenty or thirty minutes (depending on the day). The time was devoted to relaying the creations of listeners with literary interests. Salus was the voice in charge of reading out their writings on air. At the end of that year, the programme expanded the content and recruited new collaborators, specialists in “fashions and useful topics”. All were women with cultured backgrounds and high economic status whose writings on their subject matters were already published in women’s magazines of the time. There was Senyoreta Pompadour, who dealt with “Fashions”, and Senyoreta Maintenon in the “Domestic science” section; Balagué continued broadcasting both the writings of the listeners and of the specialists. She also held conversations with the pianist Emília Miret, who, according to the press, explained “with a vibrantly clear and expressive voice the ins and outs of Beethoven’s sonatas”.

Maria Cinta Balagué was a pioneer. Doubtless unaware of the fact, she was the first person to make a radio programme in magazine format, fixed, but with a versatile structure made up of sections, and with collaborators who talked about a range of topics from the female world, all aimed at a specific target: women. It was also her idea to give airtime to the listeners who wrote to her – a great innovation. This embryonic format had the same structure as magazines that are listened to on the radio nowadays do. It is an achievement she should be credited with, even though her programme only lasted half an hour. She was a woman full of contradictions, advanced in her conception of the programming but – based on the contents that were broadcast – ideologically conservative. She was also a very capable writer, as can be seen in some of her work from 1927 in the magazine Ràdio Lot. Here, her vision of radio is revealed: 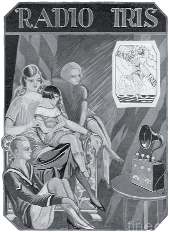 Albertí, Editor SL
An example of an advert for radio in the magazine ‘D’ací d’allà’ in 1925.

“Woman, the good housewife, drawn away from the routine hustle and bustle by her own particular duties, has an excellent means of enjoying the act of listening and of enlightening herself at once, and of cultivating her artistic and practical knowledge. Meanwhile, she is dealing with what is happening outside, while Pompadour is filling her in on the latest fashions, Georgette is telling her about useful topics and Toresky is making the little ones surrounding her laugh with ‘Míliu’, and while she listens, taken aback by the Gonzàlez-Miret dialogues or some story, or the Quintet performs a select composition for her to listen to, and so on, she is at home.”

She had no qualms about lecturing her listeners, defending her asociées when complaints were received over some of the programme’s content:

“[…] at the same time it’s a shame there are not more Georgettes who, projecting their voices to the air, might temper the atmosphere breathed by these little madams who, fancying themselves intellectuals, read their cinematic novels and other distasteful material on the tram, without a care but for raising their gaze once in a while to see if some Ephebos is looking their way; or that other type of modern woman – who believes that that is what she is, but in the better sense of the term she is not – who cast their eyes back down again and return to their homes, devoted to her guiding presence, and consecrate themselves to their family, as is their duty.”

In February 1929 Balagué and her colleagues went off the air, and Ràdio Barcelona EAJ-1 went back to broadcasting monologues for women.

Maria Cinta Balagué Domènech did not marry. She passed away on 3 June 1985 at eighty-seven years of age in Barcelona, where she is buried.

One thought on “A radio pioneer forgotten”